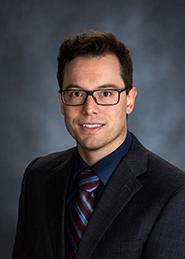 Evan Campbell has a PhD in Music Theory from McGill University, Montreal. His dissertation, "Psalm-Tone Tonality, System, and Transposition in Claudio Monteverdi's Psalm and Canticle Settings, 1610-1650," focuses on the distinction between mode and psalm tone, as well as the emerging role of transposition in music beginning around 1600.

He has presented at conferences throughout North America and Europe, including the Society for Music Theory Conference, the Medieval and Renaissance Music Conference, The Monteverdi 450 Conference, The West Coast Conference of Music Theory and Analysis, and the Biennial Conference of Nineteenth-Century Music. His research interests include system, temperament and counterpoint in the Renaissance and early Baroque, harmonic thinking in the late Renaissance, and spectral music. He recently published an article in Philomusica On Line titled, "Psalm-Tone Tonality in Monteverdi's Vespers of 1610."