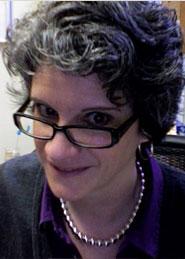 Each year, graduating seniors are asked by the Career Planning Office to list faculty who had a positive impact on their years at SUNY Potsdam. Over the years, Dr. Stillwell has been mentioned by many students as one of those professors on campus who has been an important influence on their careers here at Potsdam.

The study of the stories that people tell about significant events from their lives (autobiographical narratives), including narratives of anger, guilt, revenge, and unrequited love. The events and aftermath of September 11, 2001.

Furman, C.R., Fryer, J.W. & Stillwell, A.M. (2014). The perception of deception: The influence of personality traits on lie detection accuracy. Poster presented at the Annual Meeting of the Society for Personality and Social Psychology.

Stillwell, A. M. (2005). When perpetrators are also victims: The experience of revenge. Poster presented at the annual meeting of the Society for Personality and Social Psychology, New Orleans, LA.

Del Priore, R. E., & Stillwell, A. M. (2003). Show me the extra credit! Incentives and procrastination behavior. Poster presented at the annual meeting of the Society for Personality and Social Psychology, Los Angeles, CA.