Julia Ettie Crane and her Dream

The Crane School of Music began with a rejected job offer and an idea ahead of its time. 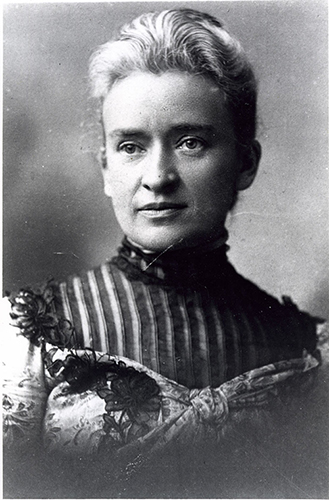 The young Julia Ettie Crane was not content to take the vocal professor position she was initially offered at her alma mater, the Potsdam Normal School. Instead, the talented singer and up-and-coming educator wanted to transform the university's curriculum and create the first college program for training public school music teachers in the country.

"The thought had often been in my mind that with proper training, Normal graduates might be as well fitted to teach the music of the grades as they were to teach reading or history," Julia wrote.

Only 10 years after graduating, Julia had taught in Pennsylvania and New York City and studied voice with a well-known singer, only to return to her hometown to start her own vocal school, when soon thereafter the Potsdam president came knocking to offer her a job.

Rather than happily accepting the comfy position, which entailed teaching one course daily, conducting singing in the college chapel and helping with the music for special occasions, Julia gave a pointed counter-offer.

"I finally told Mr. Watkins that one class period per day was not sufficient time in which to do the work in music that ought to be done in a Normal School, that the only thing that would tempt me to take the position would be the privilege of working out a plan which had been in my mind from the time I completed my Normal course," Julia wrote later.

After writing to the state superintendent of education about her idea, Julia got permission to create such a new program in 1886: The Crane Normal Institute for Music.

"I started a piece of work, the results of which, as seen in the school today, I did not foresee even in my dreams," she wrote. 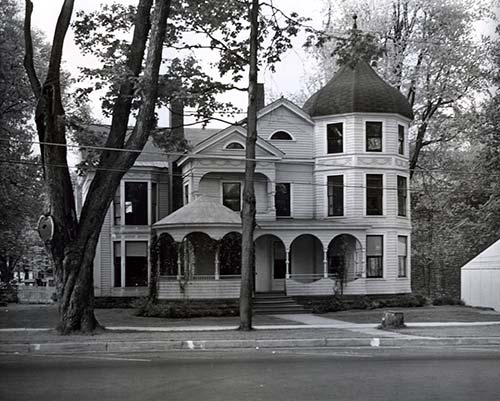 Even today, more than 135 years after Julia's dream was realized, the tradition of innovation that she embodied continues to flourish at her namesake institution, The Crane School of Music.


"Crane continues to carry forward what I like to call its 'tradition of innovation,' one that looks back to the core principles upon which the School was built, and constantly seeks new and creative ways to bring them to new generations of students," Dean Michael Sitton said. "Crane combines this commitment to music education with an unwavering commitment to high achievement in creativity in performance."

The Crane School of Music is a prime example of the ways in which the institution known today as SUNY Potsdam has been a pioneer in both education and the arts.

"Julia Crane was in the forefront of educators who recognized that specialized training was needed by those who aimed to teach music in the public schools," wrote Ralph Wakefield, one of her successors.

Indeed, Julia's writings are required reading in many graduate music education programs across the United States. It was her legacy in particular that first attracted Dr. Mark Campbell, a professor of music education, to Crane.

"She was reading the most current educational theorists of her time, but also pulling up historical teachings in her writing," he said. "Her background resonates with my thinking that we should have a progressive outlook on music education. Part of that is understanding the history of our background, but also looking toward the future."

Julia's passion and conviction comes across through her writings just as vividly today as it did at the turn of the 20th century.

"Is there any one thing more universally demanded by mankind than music? Nothing brings greater return in real understanding and development, for the time spent, than music," she wrote. 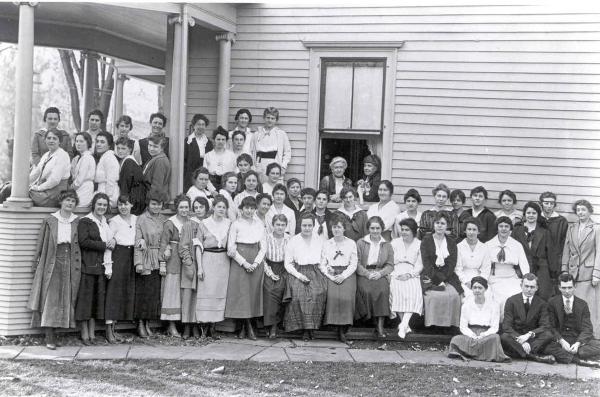 The pioneering musician and educator believed that performers and teachers must never be stagnant in their methods and beliefs. She thought that education didn't end after you received your diploma; you should constantly be testing your limits and learning anew.

"In all our search for right methods, we need to remember that showy structures are not always based upon stable foundations, and that, while time and storms may wear off the gilding and chip off florid ornamentation, the house that is built upon the rock will stand," Julia wrote. "Keep your eyes open for the light; work with sincerity of purpose; have no fear when your pet theories are demolished. For nothing that is right can be destroyed, and the destruction of the false makes way for the true."

At The Crane School of Music, students, faculty and alumni all strive to live up to the founder's highest hopes and lofty vision, each and every day.