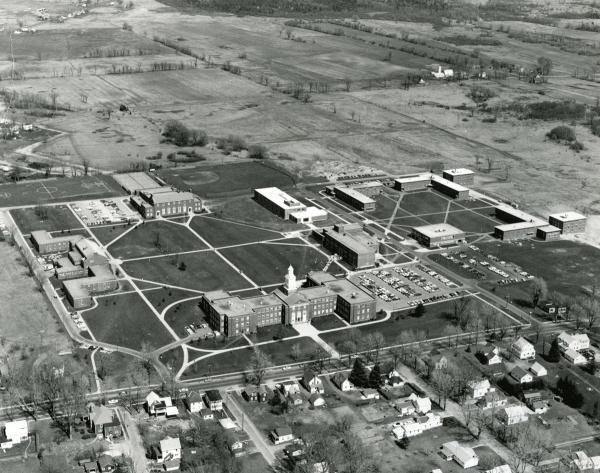 As one of America's first 50 colleges, St. Lawrence Academy was at the vanguard of a new movement in education—as the curriculum quickly shifted to meet the needs of new generations and a growing country.

"A school is molded by the tests it meets and conquers, and the record of these conquests becomes its living tradition," W. Charles Lahey wrote in The Potsdam Tradition: A History and a Challenge. "A number of distinctive elements emerged in Potsdam which established a foundation for the future. Foremost in these elements was the spirit of innovation and experimentation."

The story of SUNY Potsdam is the story of public higher education in New York State. The institution was dependent on the sacrifices and support of local residents in its early years as St. Lawrence Academy, who gave of their meager earnings to make the endeavor a success.

"The spirit of the people of Potsdam was an ingredient of primary importance. Directly related to the spirit of the people was their willingness to give financial support to their endeavors. Although the Academy was a self-supporting institution, it was kept alive by the generous purses of the local citizens. This local initiative encouraged the state to lend financial assistance," Lahey wrote. 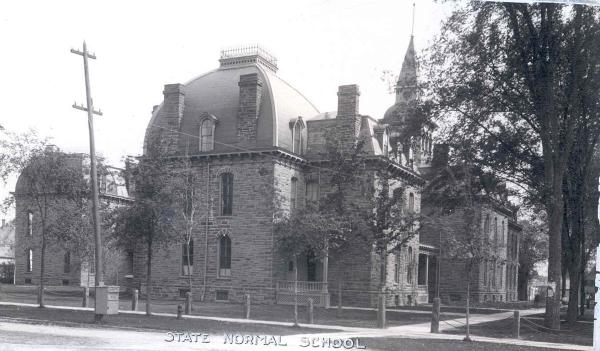 As New York began to follow the Prussian-style model of Normal Schools, it was fitting that Potsdam (named after the capital of Prussia) rallied to win designation for one of these institutions, following the success of St. Lawrence Academy.

From there, the campus was absorbed into the State Teachers College system and finally into the newly-created State University of New York system.

Today, many might say that the institution we now call The State University of New York at Potsdam is the most historic college you've never heard of—as a small campus in a rural area, having undergone numerous name changes over the years.

St. Lawrence Academy preceptor George Sweet's words seem prophetic, even now: "[The College's] course was rugged, had to be cut through flinty rock, and her fame was self-made, self-won," he said.

Looking back, the fact that the College is small and remote may well have been its hidden strength. Educators and students alike were empowered to try new things, and the campus became an incubator for innovation pioneering revolutionary new methods and curricula in teaching, music education, mathematics and computer science.