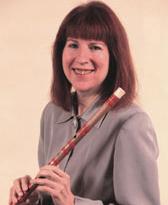 Marsha Baxter holds degrees in Music Education from the University of Maryland, in Early Music from New England Conservatory of Music, and the Ed.D from Teacher's College, Columbia University, where she studied the integration of world music and music education. Dr. Baxter has taught music in the New York City schools where she developed a program that has been a model for other programs. She has also studied the baroque flute with Nikolas Harnoncourt and Bart Kuijken in Europe, toured Japan representing the Austrian government and, in 1989, received an AOSA grant to study pre-Columbian music and dance with a Huichol Indian in Guadalajara, Mexico. Dr. Baxter retired in 2018.