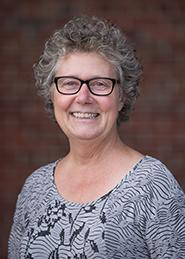 Kimberley A. Bouchard is an Associate Professor in the Department or Theatre and Dance at SUNY Potsdam. She recently returned from a Fulbright Senior Fellowship where she developed and taught courses on contemporary American Latina/o plays and playwrights and Art of the Spoken Word at the University of Rovira and Virgili in Tarragona, Spain. She teaches acting, directing, theatre management, dramatic literature and performance theory. She has directed over 40 productions in professional and educational theatre. Her directing credits include Urinetown, the Musical, the premiere of a new play, Yosemite, by SUNY Potsdam Professor Alan Steinberg, Shakespeare's As You Like It and Twelfth Night, Machinal by American expressionist Sophie Treadwell, Promenade the musical by Maria Irene Fornes, The Birds by Aristophanes and the US premiere of Margarita Came Back to Life by Leonor Azcarate. Her most recent performance work was in "Otherwise Guys", a clown-theatre collaboration with Miguel Cortazar, Peggy Jonas and Ed Clark. Past work in theatre includes touring performances throughout Mexico and Canada with the company of Mexican theatre artist Sigfrido Aguilar; acting, directing and choreography in regional US theatres; and directing and producing youth theatre in the Northwest US. She is a 2006 recipient of a Gold Medallion from the Kennedy Center American College Theatre Festival for her commitment to teaching and learning in theatre arts in higher education. This past summer she was invited as one of eight directors chosen nationally to participate in the Kennedy Center Summer Seminar on the Collaborative Process in Theatre with Ming Cho Lee and Linda Cho.