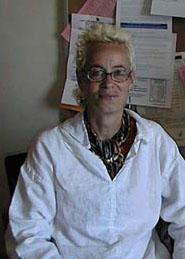 I have taught in the Modern Languages Department at SUNY Potsdam since 2000. Prior to SUNY Potsdam, I taught at Minot State University, Hope College, Kalamazoo College, Service des Etudiants Etrangers in Caen, and Lycée Maurois, Deauville, France.

It is with a renewed delight that I teach my classes at SUNY Potsdam yearly. I take into consideration the new technologies while teaching my classes. I have presented several papers on the teaching of French intermediate conversation and social media at conferences.

These are Courses I have taught at SUNY Potsdam:
-Introduction to French
-Intermediate French through FB/Skype
-Advanced French
-Comparative Stylistics and Translation
-Composition
-Francophone Cultures and Literatures.

Writing poetry is a vital necessity for me. I enjoy writing poetry when I have some free time at SUNY Potsdam. Poetic themes include but are not limited to the passing of time, lost love, future endeavors, and looking into the past. I have read my poetry at SUNY Potsdam assisted by some French students which makes for a joyful time of sharing.

I have received a number of grants, such as: Title III Undergraduate Research Grant (New Course development, Introduction to French translation), Title III Undergraduate Research Grant (collaborative effort between 4 members of the Modern Language Department for project development resources), a 2002 Africana Studies award (for research and travel grant), and a 1999 International Council for Canadian Studies award to learn more about Canadian Studies.

These are Journal Articles / Book Chapters I have published: "Women, Québec and the Internet," in Doing Gender: Franco-Canadian Women of the Nineties, Farleigh Dickinson University Press (November 2001).