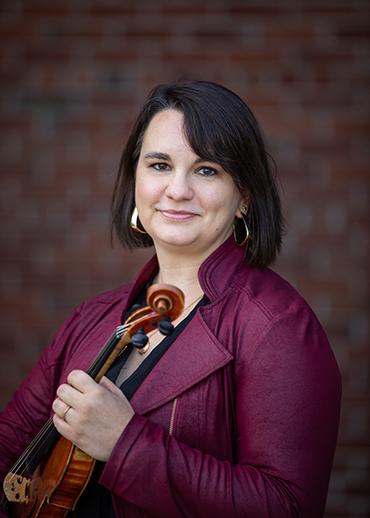 Crane School of Music
Bishop Hall C202
dotyls@potsdam.edu TEL: (315) 267-2431
Though originally from quaint Cape Girardeau, MO Liesl's career has taken her well beyond the banks of the Mississippi River. Hailed for her "magnetic presence", she has performed across North America and Europe, appearing at major venues including Carnegie Hall's Stern Auditorium, Weill Recital Hall, Zankel Hall, The Musikverein, The Kravis Center, The Kennedy Center and performs actively as a soloist having worked with several orchestras in the United States. She has appeared as a recitalist and chamber musician in numerous festivals and concert series including Yellow Barn, Skaneateles Chamber Music Festival, Ottawa Chamber Fest, White Mountain Chamber Music Festival, Norfolk Chamber Music Festival, Sarasota Music Festival, New Music New Haven, Chamber Music at Yale, Orford Centre d'Arts, Sommerakademie Mozarteum in Salzburg and Ferme de Villefavard in France. As a crossover artist, she released three commercial fiddle albums in collaboration with musical legends, Buddy Spicher and David Grier, and has appeared as a guest artist at the Grand Old Opry in Nashville, Tennessee. Since 2009, Ms. Doty has been featured as a soloist in composer/pianist Eric Genuis' national tours. In 2012, Liesl became a "CRIER" in Boston's own chair-less, conductor-less chamber orchestra, A Far Cry [GRAMMY nominated in 2015!!] and has enjoyed touring, recording and collaborating with all 16 of her co-artistic directors in the collective. Her favorite "crier" in the orchestra is her husband, bassist Karl Doty, with whom she performs regularly as part of their classical and crossover duo, "The Dotys" (www.thedotysduo.com)

Liesl earned her Bachelor and Master of Music from Indiana University under the instruction of Mimi Zweig and Mauricio Fuks and an Artist Diploma from Yale University as a student of Ani Kavafian. Liesl is a candidate in the Doctor of Musical Arts program at New England Conservatory and was the teaching assistant to Lucy Chapman during her studies there. Previous faculty appointments include Dartmouth College, University of New Hampshire, Saint Anselm College and Southeast Missouri State University. She is currently Assistant Professor of Violin at the Crane School of Music at SUNY Potsdam. Liesl plays a 1919 Carl Becker violin. www.fiddlingliesl.com