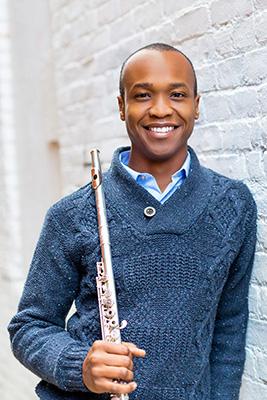 Brian has participated in performances in France, Germany, Belgium, and throughout the United States. He has also appeared as a guest lecturer and performer at the Initiatives Meetings and Publications on Artistic Research "Hands on Flute" conference in Aveiro, Portugal (2017, 2018). He has performed in the flute sections of the Louisiana Philharmonic Orchestra, Acadiana Symphony, Adrian Symphony, Battle Creek Symphony, and Dearborn Symphony, Rapides Symphony, and Sphinx Symphony Orchestra, among others. During his time in Louisiana, Dr. Dunbar performed and premiered numerous works at the Marigny Opera Ballet as a member of the New Resonance Orchestra in New Orleans. Additionally, he was a featured collaborator at the annual New Music on The Bayou Summer Festival.

Prioritizing engagement in the broader community, Dr. Dunbar is a former Teaching Artist and Development Officer for Kids' Orchestra, an El-Sistema inspired non-profit organization in Baton Rouge, LA. He is also a member of several dynamic music organizations, including The National Flute Association; where he serves on the Diversity & Inclusion Committee, Florida Flute Association, Music Teachers National Association, and is a member of the globally recognized Sphinx Organization; which aims to promote inclusion and diversity in the arts.