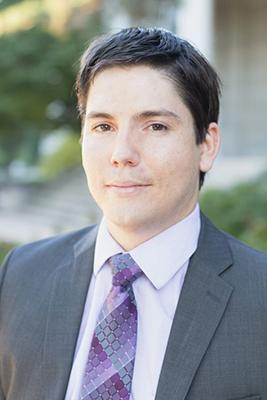 Dr. Steven Groth, baritone, is a classical vocalist, teacher, and collaborative pianist who has relocated to upstate New York. Some recent performances include Dandini in Rossini's La Cenerentola, the King in Montsalvage's Puss in Boots, Escamillo in Bizet's Carmen, with Boulder Opera and his European debut in 2019 as the title character in Verdi's Rigoletto with Voci di Novafeltro in the Rimini region of Italy. Other operatic credits include Alfio in Boulder Opera's production of Cavalleria Rusticana, Don Alfonso in Mozart's Così fan tutte with Loveland Opera Theater, Polinesso in Handel's Ariodante, Shrank in Bernstein's West Side Story with Eklund Opera, Mr. Webb in Rorum's Our Town, and Count Almaviva in Mozart's Le nozze di Figaro with Show-Me Opera and Baron Douphol in Verdi's Traviata with Missouri Symphony. He sang with the University of Colorado's CU Now program as a guest artist to perform new music where he was coached by Jake Heggie and Gene Scheer. Steven also worked with the University of Colorado's Composer Fellows' Initiative, helping student composers learn to write operatic literature and then performing these works' premieres. In recent competitions, Steven received the Kenneth King second prize award in the Denver Lyric Opera Guild competition in 2021 and took the William Vennard Award in the national NATSAA competition in 2020.

As a collaborator, Steven has served as a rehearsal pianist, vocal coach, and recitalist at the piano. He has regularly accompanied students at competitions, lessons, and juries and has played a variety of vocal and instrumental recitals. He has directed various choral ensembles and has been the principle organist at churches in Wisconsin, Missouri, and Colorado.

Steven earned his Doctorate of Musical Arts in Vocal Performance and Pedagogy from the University of Colorado-Boulder. Steven's research and passion revolves around the development of young university singers; using bel canto pedagogical principles to guide repertoire choice. He holds a pair of Master of Music degrees from the University of Missouri-Columbia in Vocal Performance and Collaborative piano. He received his Bachelor of Music Education degree from the University of Wisconsin-Madison with choral and general certifications, a French major, and a European Studies minor. Steven is thrilled to be returning to SUNY Potsdam and the Crane School of Music as a Visiting Assistant Professor this year. Previously, he served as an Adjunct Voice Faculty member at Colorado-Mesa University in Grand Junction, Colorado and has taught collegiately at the University of Colorado-Boulder and the University of Missouri-Columbia. He will be joining the teaching faculty at La Musica Lirica in Novafeltria, Italy in the summer of 2022.