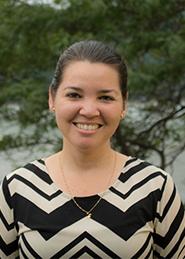 Ivette's music has been described as "absolutely exquisite" and "breathtakingly beautiful" (Kevin Noe-Artistic Director of the Pittsburgh New Music Ensemble and Director of Orchestras at Michigan State University). Her piece Sigue, for women's choir, became a bestseller in the year of its publication, selling over 5000 copies. Her zarzuela Cerca del Rìo won a Cubadisco Special Award in 2010. Her work Memorial, for soprano, cello, and piano is scheduled to be released on a CD that will feature works composed by CINTAS Fellows. She is the recipient of the 2015-16 prestigious Brandon Fradd Fellowship in Music Composition.

Ivette's most recent commissions include a second piece for the Pittsburgh New Music Ensemble, a new work for the Michigan State University Symphony Band, which will be premiered to celebrate the 150th anniversary of the MSU Band's program, and a new composition commissioned by the Illinois State Music Teachers Association (ISMTA). She is the winner of the 2019 ISMTA Composer Commissioning program.

Ivette has taught Music Theory and Composition at the Instituto Superior de Artes, the Opera of El Salvador (OPES), the University of Illinois at Urbana-Champaign, and Western Illinois University, where she also taught Class Piano. Currently, Ivette is an Assistant Professor of Theory and Composition at the Crane School of Music at SUNY Potsdam, NY.