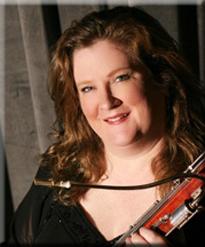 Professor: Bassoon/Chair of the Performance Department

CAROL LOWE (Bassoon) teaches courses in bassoon performance, reed-making, repertoire and pedagogy, and orchestral studies at the Crane School of Music. She is a native of Brevard, North Carolina and has performed throughout the United States and Europe. While living in the Atlanta area Dr. Lowe performed frequently with the Atlanta Symphony, including a 1996 tour to Carnegie Hall and subsequent recording of Mahler\'s Symphony No. 6. She has toured and recorded in London, Paris, and Munich with various ensembles and was a member of the Taft Quintet, first-prize winners of the 1989 Fischoff International Chamber Music Competition. As an active member of the International Double Reed Society, Dr. Lowe has presented recitals at their annual conferences in Austin, Muncie, Ithaca, and Provo. Her degrees are from the University of North Carolina at Greensboro, the University of Cincinnati College-Conservatory of Music, and the University of Wisconsin-Madison. Her primary teachers have included William Winstead, Otto Eifert, Richard Lottridge, and Michael Burns. Dr. Lowe recently completed a dissertation on bassoon pedagogue Norman Herzberg. Prior to joining the Crane School of Music faculty Dr. Lowe taught at Furman University, the University of South Carolina, Agnus Scott College, and Erskine College. Dr. Lowe is currently principal bassoon for the Orchestra of Northern New York and is a member of the Potsdam Wind Quintet and the Aria Reed Trio.