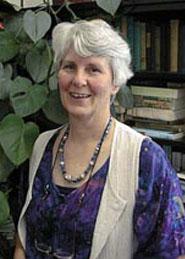 Modern Languages
Morey Hall 217
luntlg@potsdam.edu TEL: (315) 267-2793 FAX: (315) 267-3268
I have a PhD in Arabic Language and Literature from Indiana University and PhD in French Language and Literatures from McGill University. I teach both French and Arabic and my research interests are in the French and Arabic literature of North Africa, in particular Tunisia, where I served two years in the Peace Corps. I am also actively involved in teaching methods and creative use of instructional technology.

I have taught at the University of Maine, Canton College, Potsdam High School, Saint Lawrence University, and played many roles at SUNY Potsdam since 1981, from Associate Dean of Arts and Sciences, to Director of International Education, while always offering courses in French, Arabic, and ESL. Since 2006, I have devoted my time to teaching in the Modern language Department.

I have won a number of grants to provide professional development for language teachers in New York State, as well as grants to bring international scholars to SUNY Potsdam, including a MEPI Middle East Program Initiative, and I am currently organizing an annual conference, with a colleague at Saint Lawrence University, for language teachers of the North Country.

Committed to the importance of international exchange and immersion experiences in language and culture for our students, I have organized a field trip to Montreal every semester for our language students. I have taught six short-term travel courses to North Africa, three to Tunisia and three to Morocco, winning a Chancellor's Award for the last Morocco course on Women and Democracy in Morocco. My team-taught January 2020 course with Allonah Ezrowill took students to Spain and Morocco and explored the flourishing of cultures in Moorish Spain and contemporary issues in Morocco.

The Childhood of a Muslim Girl Growing up in Pre-Independent Tunisia, a translation from French into English of the novel Les Jardins du Nord, by Souad Guellouz, 2016.

NeMLA 2015 two papers:
•Proficiency Methodologies and Tech Tools in teaching Arabic at SUNY Potsdam, for the session "Building a Proficiency-oriented Arabic Curriculum"
•In Memoriam, in honor of Celine Philibert: Disconnection and Empathy in the film'Les Intouchables'.