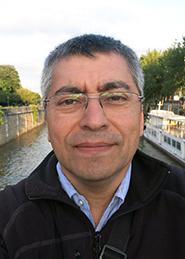 My article "Mad Love: Martín Espada's homage to Frank Espada's photographic legacy" published in the Latino Studies journal resulted from my interest in the work of U.S. Latino poet Martín Espada and his father's documentary photographic work on the Puerto Rican diaspora.

My book of interviews El otro Lihn: La práctica cultural de Enrique Lihn was published by University Press of America in 2001, and my articles on contemporary Latin American poetry can be found in a number of scholarly journals.

I was poetry editor for the Chilean poetry chapter of the Handbook of Latin American Studies of the Library of Congress from 1993 until 2000, and I am currently on the editorial board of the Blueline literary magazine.

A few of my own poems plus translations of poems by Jack Agueros, Todd Davis, Mark Doty, Maurice Kenny, Li-Young Lee, Philip Lopate, and Kathleen Sheeder Bonano can be found on the Letras de Chile literary website.

Carta de Extranjería, a collection of my own poems, was published by Asterión in 1992.