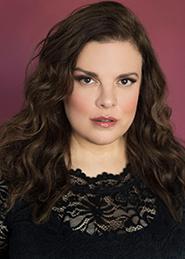 Colleen has performed with Canada's leading orchestras under such conductors as David Atherton, Richard Bradshaw, Martin Isepp, Julian Kovatchev, Nicola Luisotti, Julian Reynolds, and Timothy Vernon. In opera Miss Skull has worked with directors Tim Albery, Tom Diamond, Atom Egoyan, François Girard, Colin Graham, Christopher Newton, and James Robinson. She has performed/covered over thirty operatic roles at venues including the Canadian Opera Company, Pacific Opera Victoria, Manitoba Opera, Esprit Orchestra, the Toronto Symphony Orchestra, Winnipeg Symphony, and many others. She recently triumphed in the title role of Ariadne auf Naxos. Times Colonist reviewer, Kevin Bazzana noted, "Colleen Skull has the plush, robust tone and commanding presence befitting both incarnations of her character." Miss Skull is well versed in both soprano and mezzo-soprano repertoire, having performed professionally in both fachs. Recent roles include the title roles of Ariadne, in Ariadne auf Naxos, Elle, in La Voix Humaine and Jenůfa. Other roles include, Dido, Queen of Carthage in Dido and Aeneas, Mrs. Grosse in The Turn of the Screw, Wellgunde in Gotterdämmerung, Alice Ford in Falstaff, Fiordiligi in Così fan tutte, Agatha in Der Freischütz, Jocasta in Oedipus Rex, Lisa in Pique Dame, Liu in Turandot, Marina in Boris Godunov, Waltraute, Rossweise, and Siegrune in Die Walkre, Zulma in L'Italiana in Algeri, and Mère Marie de l'Incarnation in Dialogues des Carmélites.

Equally active in orchestral and recital repertoire, she has performed as a soloist in works including: Verdi's Requiem, Handel's Messiah, Bruckner's Mass in D minor, Beethoven's 9th Symphony and Mass in C, and Mahler's 2, 3, and 4th Symphonies.

Colleen is a past member of the prestigious COC Ensemble and has won many awards and prizes including the Metropolitan Opera District Competition, a Chalmers Award and a Professional Artist Grant from the Canada Council for the Arts.

Radio and television appearances include performances on CBC Radio, CTV, Definitely Not the Opera with Sook-Yin Lee, Breakfast Television, TVO, and YTV.

Miss Skull has completed her Doctorate in Musical Arts, specializing in voice performance at the University of Toronto. Her dissertation investigated a model of factors that lead to the sustaining of elite performance in opera. Colleen won the Graduate Award for the best research paper from the International Symposium on Performance Science where she was a featured keynote speaker. Dr. Skull's research was also featured at 52nd Conference of the National Association of Teachers of Singing in Orlando. Dr. Skull currently teaches Applied Voice, Introduction to Diction, and Vocal Techniques at the Crane School. She has also been on faculty at Mount Allison University as an Assistant Professor, where she taught Applied Voice, Vocal Pedagogy, and was the Director of Opera Workshop. While completing her doctorate, Colleen taught Song Interpretation as a sessional instructor at the University of Toronto.