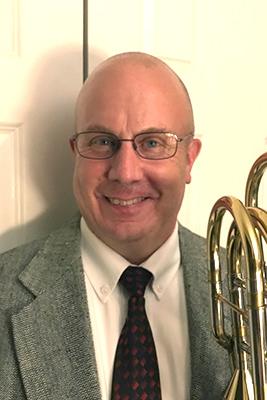 Michael Struzik is a 1988 graduate of the Crane School of Music, SUNY Potsdam. He is currently a teacher at Brighton High School in Rochester, New York. He has been at Brighton High School for the past 26 years. His current responsibilities include directing the Wind Ensemble, Symphonic Band, and Jazz Band, as well as teaching brass and percussion lessons to students in grades nine through twelve. He also teaches music theory and advanced placement music theory. In addition, he directs the pit orchestra for the annual spring musical. Mr. Struzik also serves as a music facilitator for the district.

Mr. Struzik has conducted All-County and honor band festivals in several counties in New York State as well as the state of Virginia. He is a past recipient of the University of Rochester's Excellence in Secondary Education Award. He is also the 2011 recipient of the Distinguished Service Award from the New York State Band Directors Association. In 2019, he received the Helen Hosmer Excellence in Teaching Award from the Crane School of Music. In 2020, he received the Excellence in Music Education Award from the Rochester Philharmonic Orchestra. Mr. Struzik is an All-State certified adjudicator, and is also an adjudicator for major organization festivals.

During the summer, he teaches at Crane Youth Music in Potsdam, New York. Mr. Struzik is a free-lance musician in the Rochester area, and performs regularly with the Orchestra of Northern New York, Northern Symphonic Winds, and the Penfield Symphony Orchestra. He is a member of NYSSMA, NAFME, the International Trombone Association and has served on the executive board of the New York State Band Director's Association in a variety of positions, currently as their Executive Director. He is also a Past-President of the Monroe County School Music Association.

Mr. Struzik lives in Webster, New York with his wife Katie and enjoys spending time with his two grown sons Christopher 24, and Matthew 22.