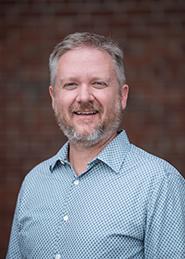 Crane School of Music
Schuette Hall A314
sullivtr@potsdam.edu TEL: (315) 267-2684
Tim Sullivan is an active composer, theorist, and percussionist. He holds a Ph.D. in Music Theory and Composition from the University of Michigan, where he studied composition with Bright Sheng, William Bolcom, Betsy Jolas, and Karen Tanaka, and various aspects of music theory and compositional systems with Andrew Mead. His compositions have been performed by ensembles and soloists throughout the U.S., including the Colorado Symphony, Moravian Philharmonic, ALEA III, Nicholas Deyoe, Eliot Gattegno, Marian Lee, Reiko Manabe, and Lorraine Yaros Sullivan.

He has presented his research at several major conferences including the Society for Music Theory, "Gérard Grisey, the spectral moment and its legacy," and "Emigration, Integration and Creative Productivity: Alfred Schnittke in Hamburg, 1990-1998." Publications include an article in /Perspectives of New Music/ and a forthcoming paper in a German/English monograph on Alfred Schnittke. Also an accomplished jazz drummer prior to his time in Potsdam, he performed and recorded as a member of the Boulder Creative Music Ensemble, and was a member of trumpeter Ron Miless band for several years."