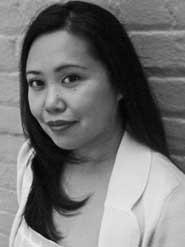 Rosemarie Suniga has taught at the Crane School of Music since 2012. She teaches collegiate class piano and piano pedagogy; she also performs as recitalist and accompanist in Bach and 20th-century music.

A native Canadian, she has given concerts there and in the United States. She was the recipient of a Manitoba Arts Council Grant for graduate study in piano performance (2002). As a music teacher, her previous posts have been at the Yamaha Music Schools, Carnegie Mellon Preparatory Division, and the University of South Carolina Community Music School. Chief among her awards and prizes in teaching are the MTNA 'StAR' award (2004), and paid residency at the Heifetz International Music Institute (New Hampshire) as a Piano Pedagogy Fellow, sponsored by the Surdna Foundation (2008).