When she wraps up her final semester at SUNY Potsdam this spring and looks to new horizons, LeighAnn Montaglione ’20 will carry a keepsake with her.

Her photo of the Adirondack mountains fills the 2018 cover of North Country Literary Magazine, and in three other inside pages of the student-run publication, her images are as quiet and eternal as the woods and their deep, cool rock.

“I wanted them in black and white because it’s timeless and there is a beauty to it,” she said. “Color photos tell you what the photographer wants you to see, but black and white imagery allows you to have your own interpretation.”

Even without visual reminders, Montaglione will never forget how the mountains shaped her during the Adirondack Experience program and were a silent guide through the following years as she pursued a major in environmental studies. Her examination both of the environment and of photography are rooted in a deep passion for nature and a desire to protect it — motives that predate her ability to describe the feelings which moved her. A stranger to mountains, she spent entire childhood days on the beaches of her family home at the east end of Long Island.

“As I got older, I wanted to keep the memory of the beaches stronger so I started to photograph them,” she said. “It just kind of grew from there.”

The Southampton shoreline was also where Montaglione first witnessed the pollution and destructive development that drove her to pursue a major in environmental studies.

“I just wanted to make it stop,” she said. “I wanted to be able to come home and put an end to it. It’s getting better, but we still have a lot of work to do. 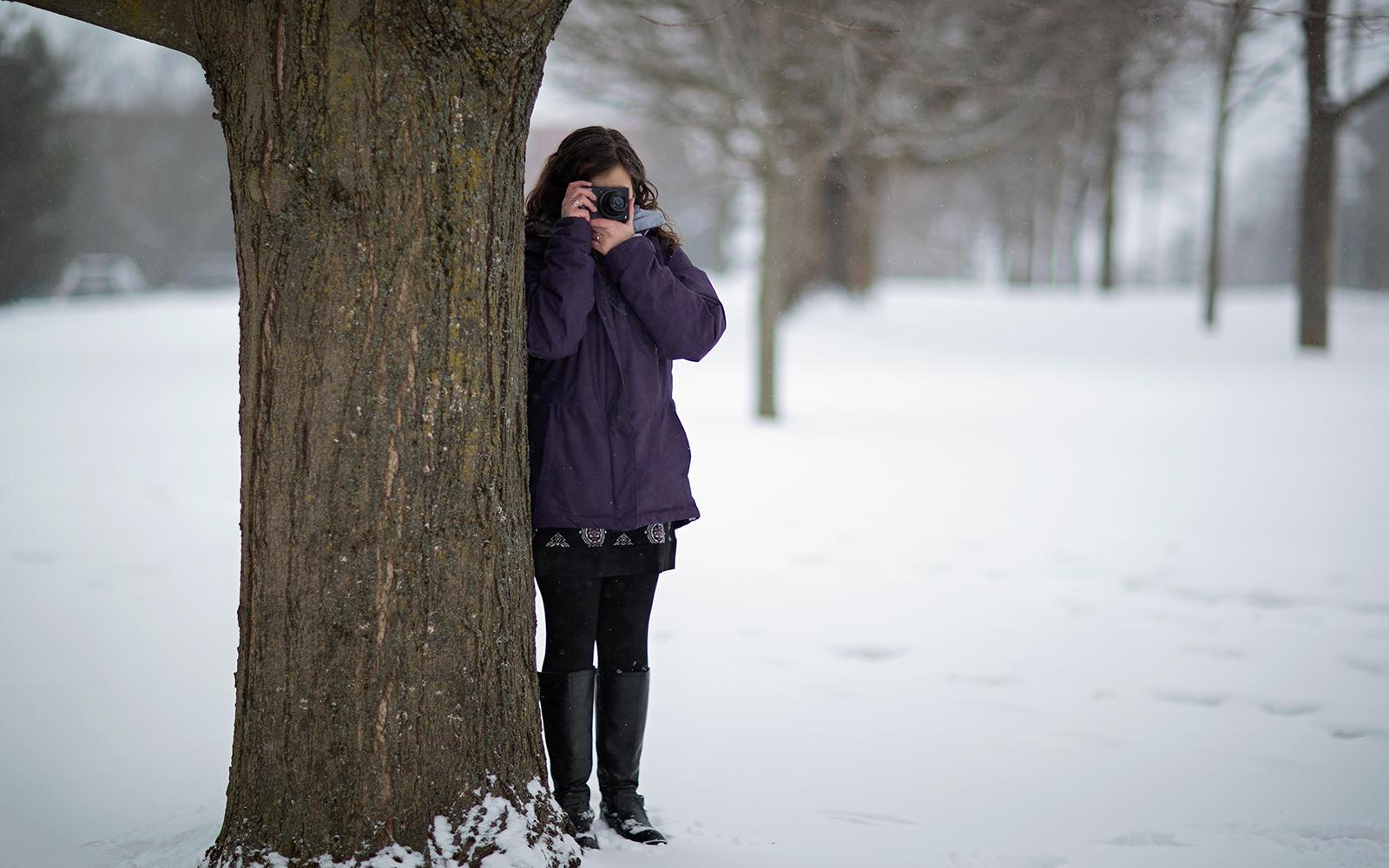 Today, Montaglione uses her camera to help preserve nature. Citizen science — which has exploded in popularity in recent years — relies on images and observations of nature uploaded by just about anyone who wishes to engage, their work becoming part of vast databases which help scientists in everything from understanding and controlling invasive species to saving rare butterflies. Her photos also help to map what she has witnessed.

—Species like the carnivorous pitcher plants which grow in the Adirondack bogs and fill up with water to drown their prey.

“I always like to say when they are collecting water they are getting hungry,” she said. “With a photograph, I remember all of these details. Citizen science and photography go hand in hand.” 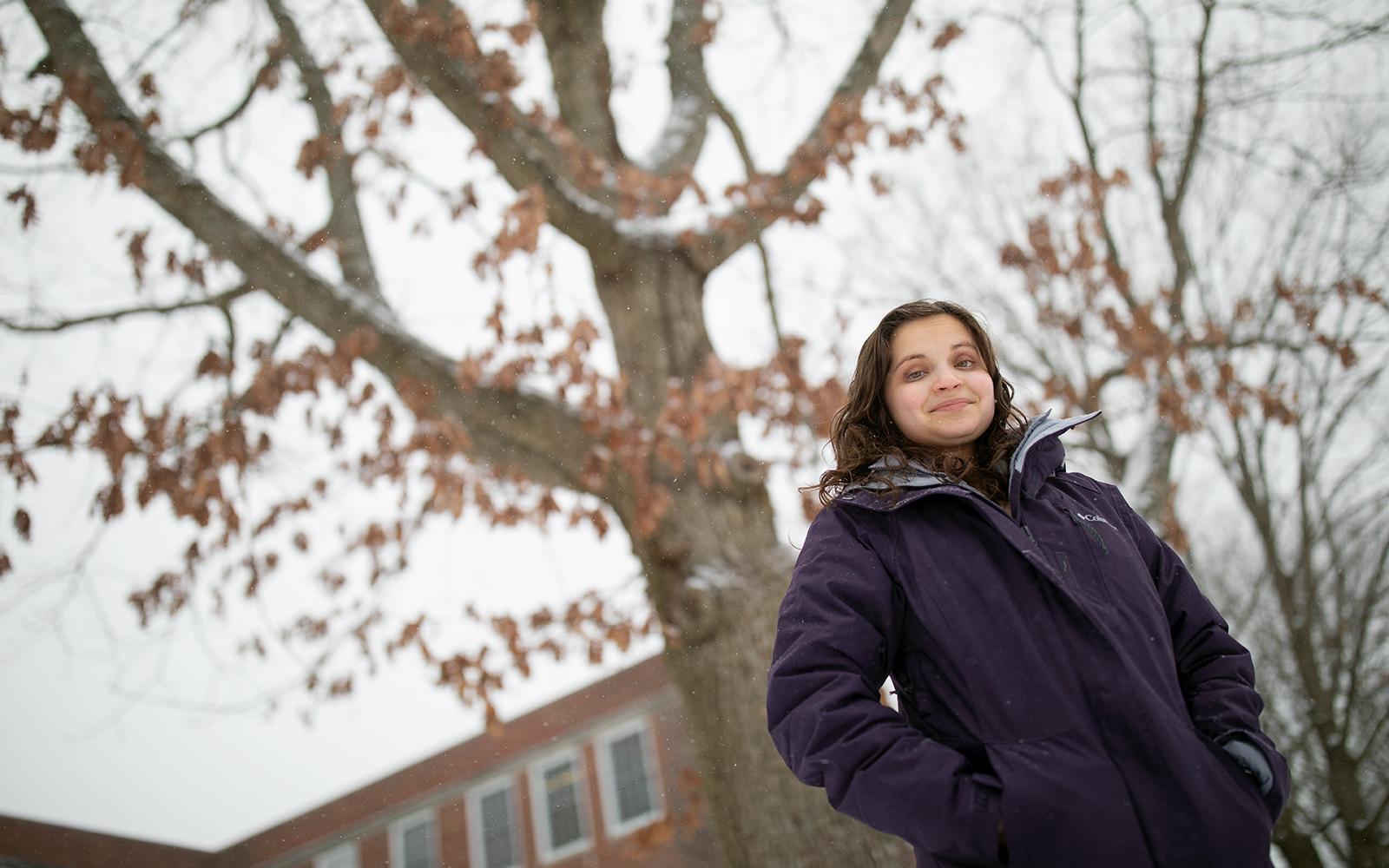 Montaglione knew exactly what she wanted to study when she arrived at SUNY Potsdam, and she was quick to lay out her own trail in a place she chose because it is off the beaten path. She was immediately impressed with the interdisciplinary nature of the environmental studies major, which offers courses from 14 departments and emphasizes humanities and social sciences, natural sciences, skills and a capstone experience — a curriculum intended to connect students to the environment in a hands-on manner, while giving them a deep lens through which to view environmental policy.

“The program here is different,” she said. “You can test out the waters before you declare a major, which is amazing. I love being around Potsdam. It’s nice to be able to get away from the outside world and focus on my studies and photography.”

The Adirondack Experience first-year program really opened Montaglione’s eyes to her potential. Designed for students who share a concern for the environment, the program emphasizes the 6 million-acre park as a classroom, immersing students in their first year.

Her first semester found Montaglione wading through bogs, sampling water, surveying species and recording field experiences. Some days she sat on big rocks and journaled about the new feelings the forest gave her as she exited her comfort zone. 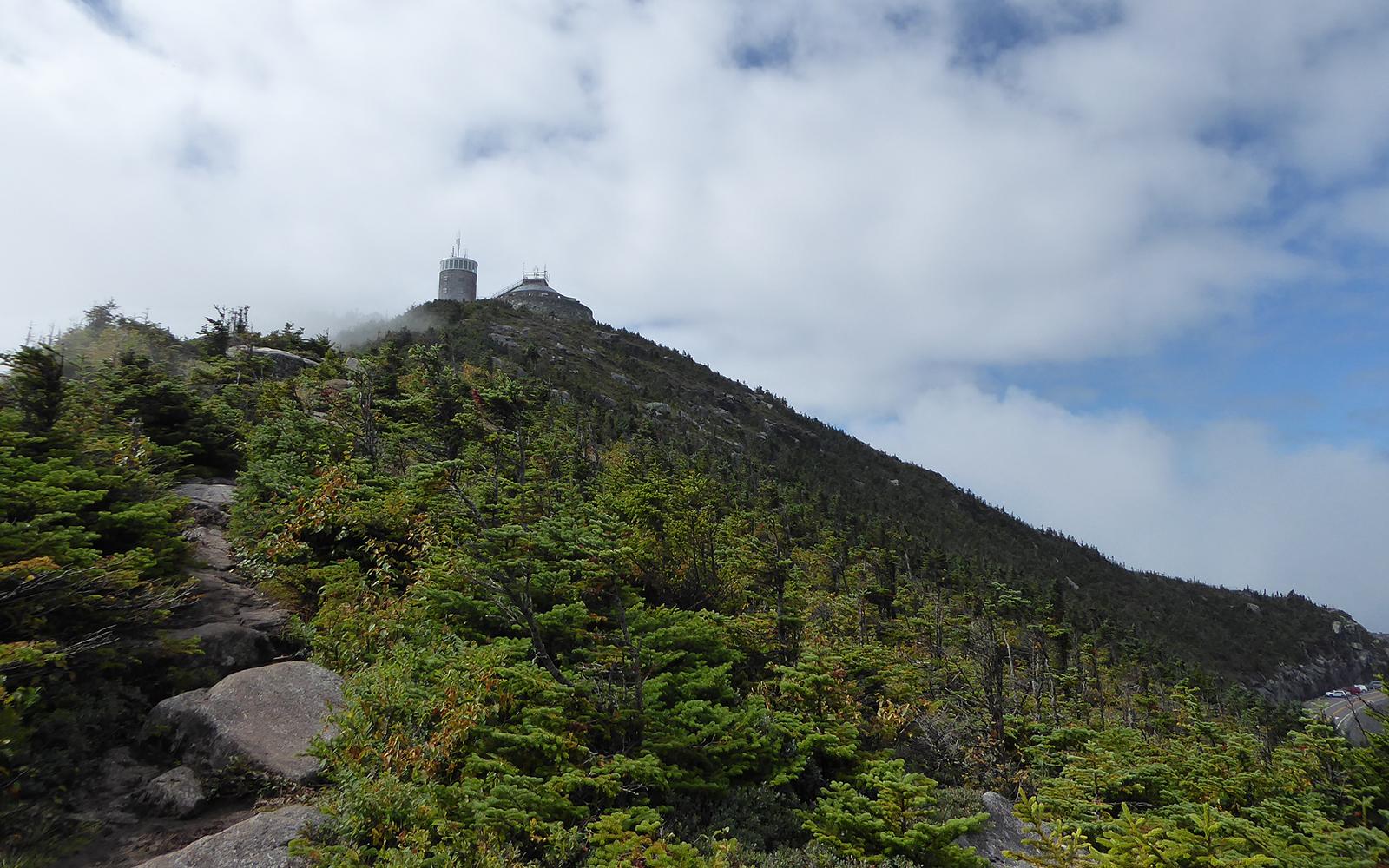 Her photography improved. Montaglione’s computer is now full of images of plants, toads, turtles and beaver habitat. One of her favorites shows the Whiteface Mountain Field Station, where she observed the study of cloud-borne pollution. Environmental Studies Assistant Professor Dr. Jessica Rogers enriched the experience with “a wealth of knowledge about career paths” and her quickness to give one-on-one attention and help with individual research projects and internships, Montaglione said.

The Adirondacks stayed with Montaglione, turning her into a skier and avid hiker. But whispers of the ocean also remained in her consciousness. Her dream is to return after graduation to her home on Long Island and work there in marine conservation. She hopes to go back this April to engage in a citizen science project sponsored by the South Fork Natural History Museum and Nature Center to study the nesting and eating habits of horseshoe crabs. She is also working on an endeavor involving horseshoe crabs for her senior capstone project, one which examines the biological and social effects the crabs have on communities and how citizen science can protect them.

“I love horseshoe crabs,” she said. “I have ever since I was a little girl. I think they are misunderstood. Everyone thinks they are ugly; I think they’re adorable.”

The big takeaway for Montaglione when she leaves SUNY Potsdam? A sense of her own growth and confidence.

“My personality has changed; I’ve grown up a lot here,” she said. “Research has become a lot easier since I got here. I’ve also become a pretty good problem solver.

“The Adirondacks changed my life.”