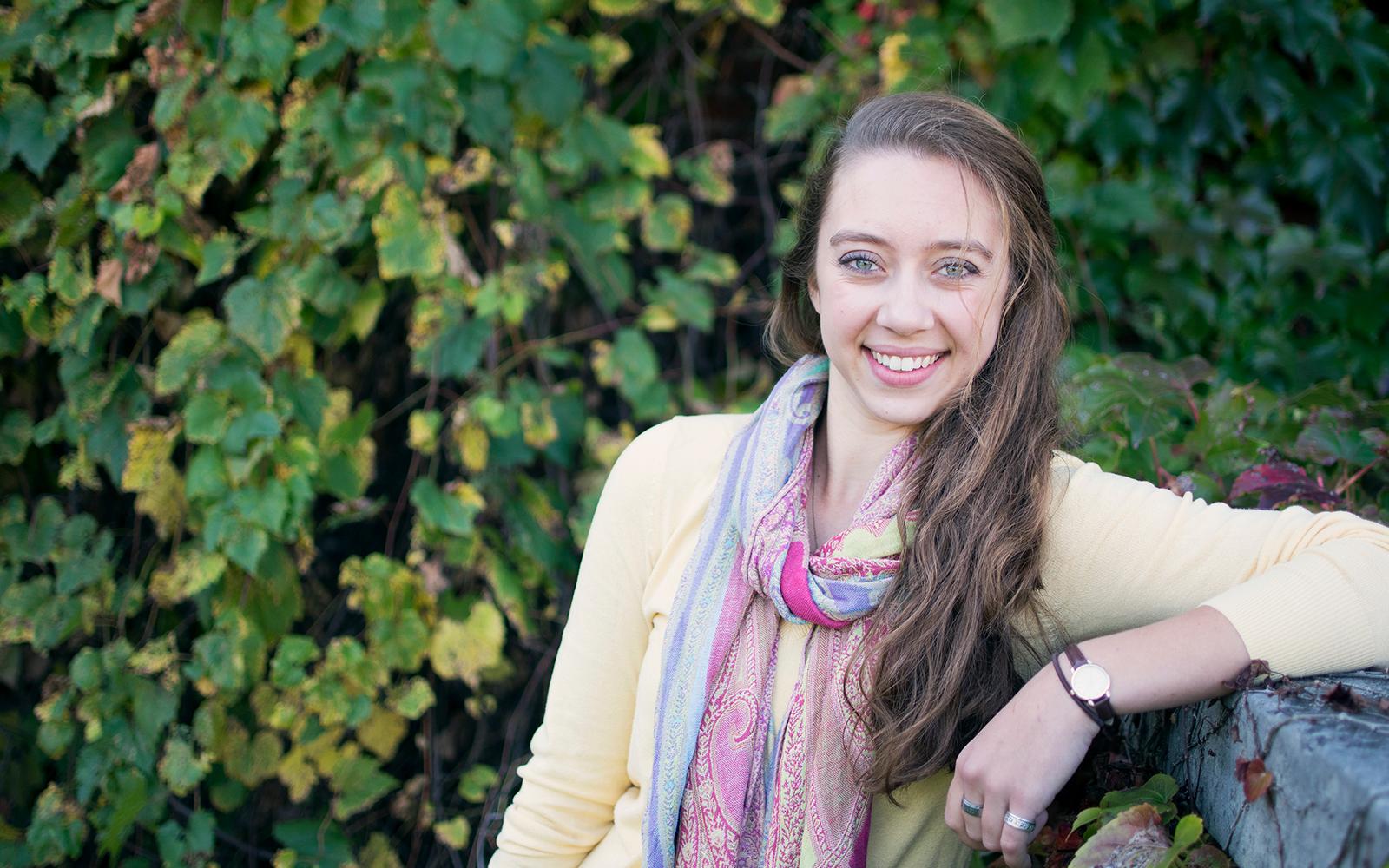 Coming in as a freshman to SUNY Potsdam, Mahala Nyberg ’18 brought with her an intellectual drive and a true passion for learning. Now as she enters her senior year, she has followed her insatiable sense of curiosity to tackle two majors, study abroad and conduct in-depth research projects.

Originally from Oriskany, N.Y., Nyberg came to SUNY Potsdam as one of five recipients of the Mt. Emmons Scholarship, the College’s most prestigious scholarship award. A graduate of Madison Central School, she was an accomplished dancer as a high school student, but came to Potsdam determined to major in history. Along the way, she added another major in archaeological studies, plus two minors, in anthropology and museum studies.

Nyberg said she owes her enthusiasm for history to “amazing middle school and high school teachers,” as well as a strong familial connection to history, particularly modern American history, which the senior says she finds is the most captivating and rewarding era for her to study. Her fascination with this era stems from familial ties to World War II.

“I had a great uncle who got drafted for World War II. The only uniform he ever wanted to wear was a baseball uniform, but he did his job,” she said.

Nyberg related the story of her great uncle’s involvement in the D-Day invasion of Normandy, and how he was killed while helping to liberate a small French village shortly thereafter. In honor of his sacrifice and that of his comrades, the people of that village hold a memorial service every year, one of which Nyberg was lucky enough to attend during a trip to France. Witnessing all the good that had come from her family member’s sacrifice enhanced Nyberg’s desire to understand people through history even more, and especially through the history of the Second World War.

In addition to her long love of history, Nyberg said her newfound passion for archaeology began with an anthropology class here at SUNY Potsdam.

“My friend suggested I try this class with her and within the first few weeks, I was ready to add the major. I just loved it,” she said.

Nyberg had the opportunity to get her hands dirty through archaeological work with an Adirondack field school experience in the summer of 2016. Working under the direction of Dr. Timothy Messner, she and her fellow archaeological studies students spent four weeks at a prehistoric Native American archaeological site, known as the Smokers Point site, in Tupper Lake, N.Y. During their dig, the SUNY Potsdam team found evidence of occupation at the site dating back approximately 5,000 to 7,000 years.

Returning to campus, Nyberg decided that she needed to travel and experience more. So she spent the Spring 2017 semester studying abroad through the College’s exchange program with York St. John University in York, England. Now Nyberg says she can’t wait to travel more.

“My best friend from my study abroad program is German, so now I’m spending all my time trying to get over to Germany!” she said.

After a chance encounter at a Borders Bookstore in October of her freshman year, Nyberg became acquainted with Donald Waful, a World War II veteran and former prisoner of war, who now lives in the Syracuse, N.Y., area.

Nyberg began working with Waful when they first met, creating a record of his experiences so that his community might understand his life story.

Waful’s unique experience of World War II took him to two theatres of war, first as a soldier and later as a POW. He met his future wife in Northern Ireland, when he was stationed there prior to being shipped out for the 1942 invasion of North Africa. After being captured, he was a prisoner of war in Italy and Poland for the remainder of the war. Following the victory in Europe, Waful and his future wife reunited and finally married. After returning to Syracuse, the couple settled in and Waful worked in insurance and later led the Minor League Syracuse Chiefs baseball team.

Though she has been documenting Waful’s experiences as a veteran and POW for the past four years, it was only upon being accepted to SUNY Potsdam’s Presidential Scholars program that she decided to turn this passion project into her Presidential Scholars project. She delved deep into Waful’s life before, during, and after the war, including a romance and a love for baseball, which related Waful to Nyberg’s own familial history with WWII.

Nyberg conducted oral interviews with Waful and supplemented his firsthand account with background research and will ultimately submit her work to the Onondaga Historical Association, to be kept in their archives and used in an exhibition.

In her spare time, Nyberg has a passion for being in nature. She enjoys hiking with her friends and anything that allows her to experience the outdoors, but her favorite thing to do with her free time is kayaking with her family. “We had to canoe to get to the archaeology site for my field school, so obviously I loved that!” Nyberg said.

The busy student recently took her kayak out on the Raquette River for the first time, a check she has wanted to put on her bucket list since her freshman year at SUNY Potsdam.

After graduating from SUNY Potsdam in May, Nyberg hopes to find a job in a museum. Last year, she gained valuable experience working at the Adirondack Museum in Blue Mountain Lake as part of an internship funded by the Eileen Goss Whelley Scholarship for Women Leaders. She finds working closely with historians and historical artifacts to be rewarding, and would like to possibly work as a museum curator in the future—so she can share her passion for history with the world.