Taking the World by Storm

Sprouting from a strong educational foundation in language and culture within SUNY Potsdam’s Department of Modern Languages, Meghan Sullivan ’11 launched a career with the United Nations World Food Programme—humanitarian work focused on food insecurity issues in Haiti, where 4.6 million people (40 % of the population) are desperately in need of assistance.

The SUNY Potsdam alumna now lives in Port-au-Prince, Haiti, and serves as the government partnerships and reporting officer for the WFP, where she helps to oversee donor relations and meets with government representatives. “This typically involves working with embassies in Haiti and with our global offices in capitals around the world to identify funding opportunities, build relationships, write proposals, and report on how funding is used,” Sullivan explained. “I also plan donor visits to projects around the country and create internal and external communication materials advocating for funding and showing what WFP is doing in Haiti. 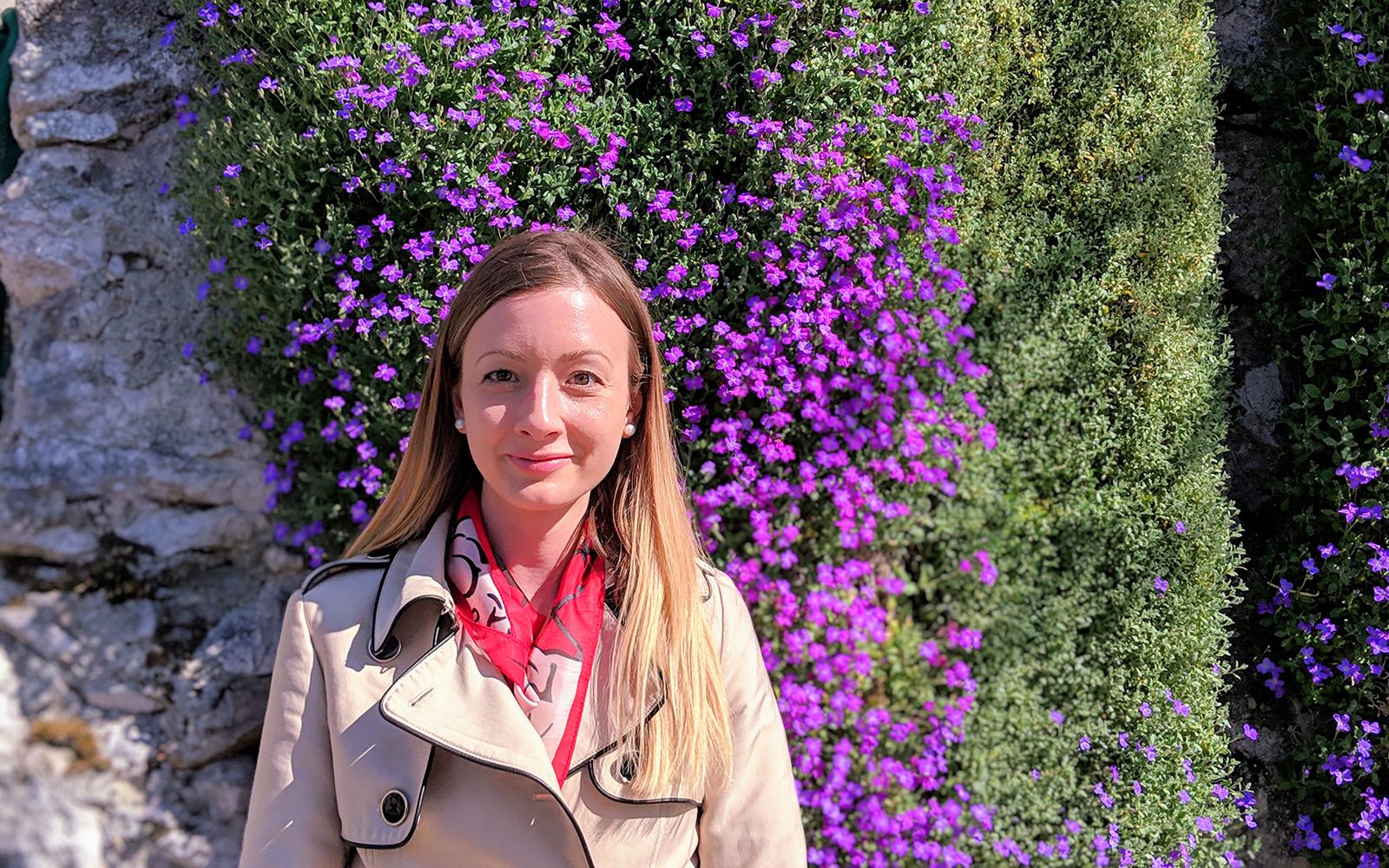 Sullivan during a trip to Annecy, France.

She was no stranger to Haiti after previously working for Homes from the Heart, a non-profit organization that builds houses for Haitians displaced by disasters like the devastating 2010 Haiti earthquake. The non-profit was seeking someone with Sullivan’s knowledge of languages, and they hired her to administer the fundraising, communications, finances, and volunteer operations for the organization. The complex nature of humanitarian initiatives, and how outside agencies can both positively and negatively affect struggling populations, was at the forefront of her mind. She was interested in finding better solutions for empowering people, avoiding the ‘white savior’ complex, and the pitfalls of neocolonialism.

Her altruistic efforts and global perspectives are steeped in educational experiences dating back to high school when she was homeschooled by her mother Kathryn (Sullivan) McCurdy '11, an English teacher and SUNY Potsdam alumna—and led to immersive higher education opportunities throughout Northern New York.

“The SUNY system was absolutely essential for me to get to where I am today,” Sullivan said. “I studied first at Jefferson Community College in Watertown, N.Y., graduating with an associate degree, and then transferred to SUNY Potsdam.” 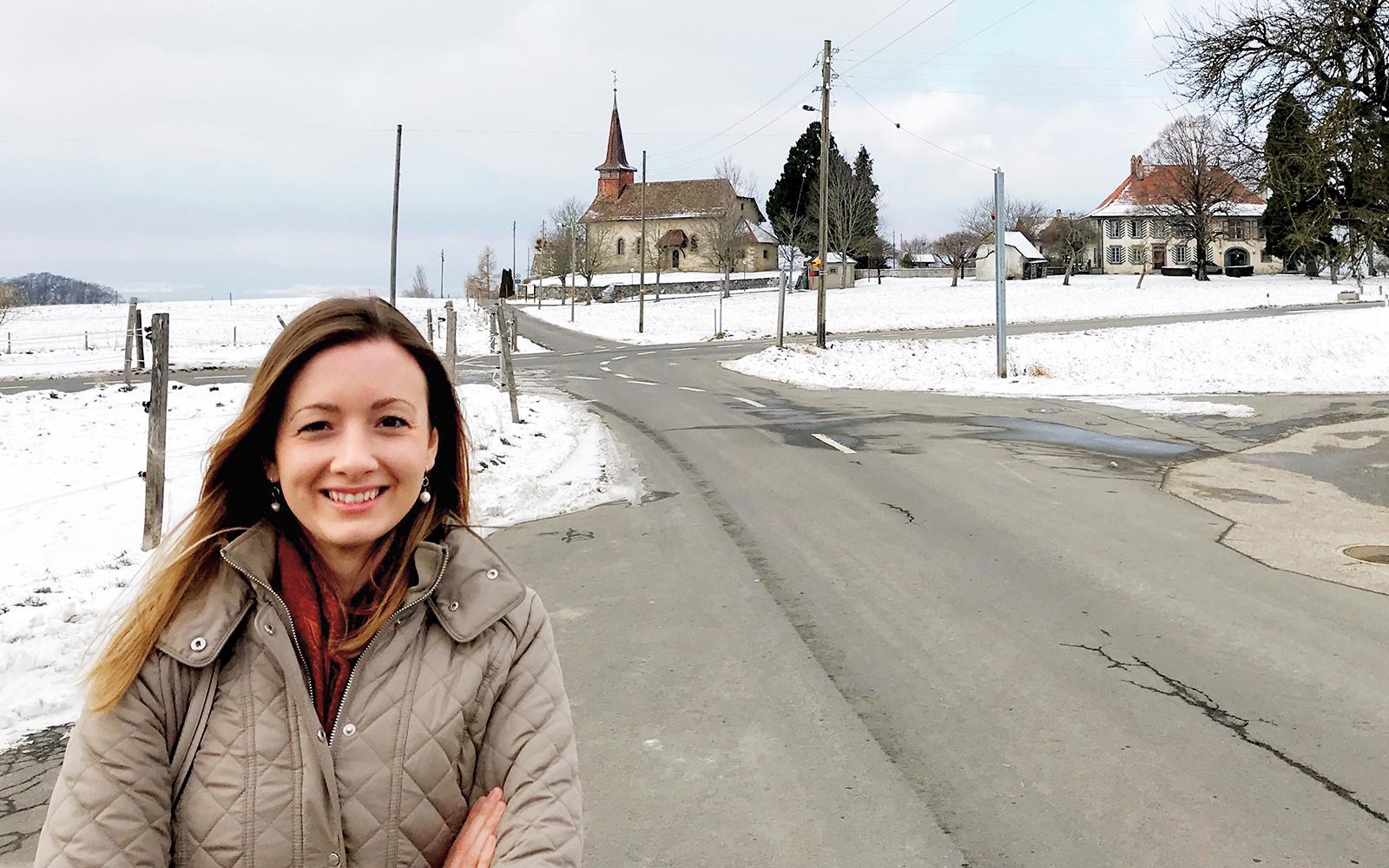 After making Potsdam her new home, she firmly establishing herself in the Department of Modern Languages with a double major in Spanish and French, adding the latter after falling in love with the Francophone language through courses with Professor Mylène Catel and the late Professor Emerita Céline Philibert. Whether she was learning about Chile’s military dictatorship with Liliana Trevizán, the nuances of French with Professor Lora Lunt, or the memorable experience of studying Latin American literature with Professor Oscar Sarmiento—Sullivan steeped herself in knowledge that formed the framework for her future. "Meghan graduated with a perfect record in both a Spanish major and a French major," said Trevizán. "That combination and her work ethics prepared her for a successful career in International Affairs, where she is now able to do so much good."

Sullivan thinks back fondly on a class with Philibert, her French advisor, as her classmates gathered together on a couch, ate French food and conversed in the language. A trip to Montreal with Philibert was another highlight. “That was transformative for me. It was my first real taste of experiencing a new culture abroad, even if it wasn’t very far away,” Sullivan said. “Professor Philibert was incredibly supportive and really presented the beauty of French culture to us, as well as the language. I miss her very much.”

“I had a wonderful experience in the modern languages program at SUNY Potsdam. I am passionate about language and literature in general, so it was so much fun to be able to devote my time to learning Spanish and French and analyzing novels and poetry,” she said. “The classes were small, often with all of us sitting around a table together. So, it was more intimate and familial than a normal classroom setting.” 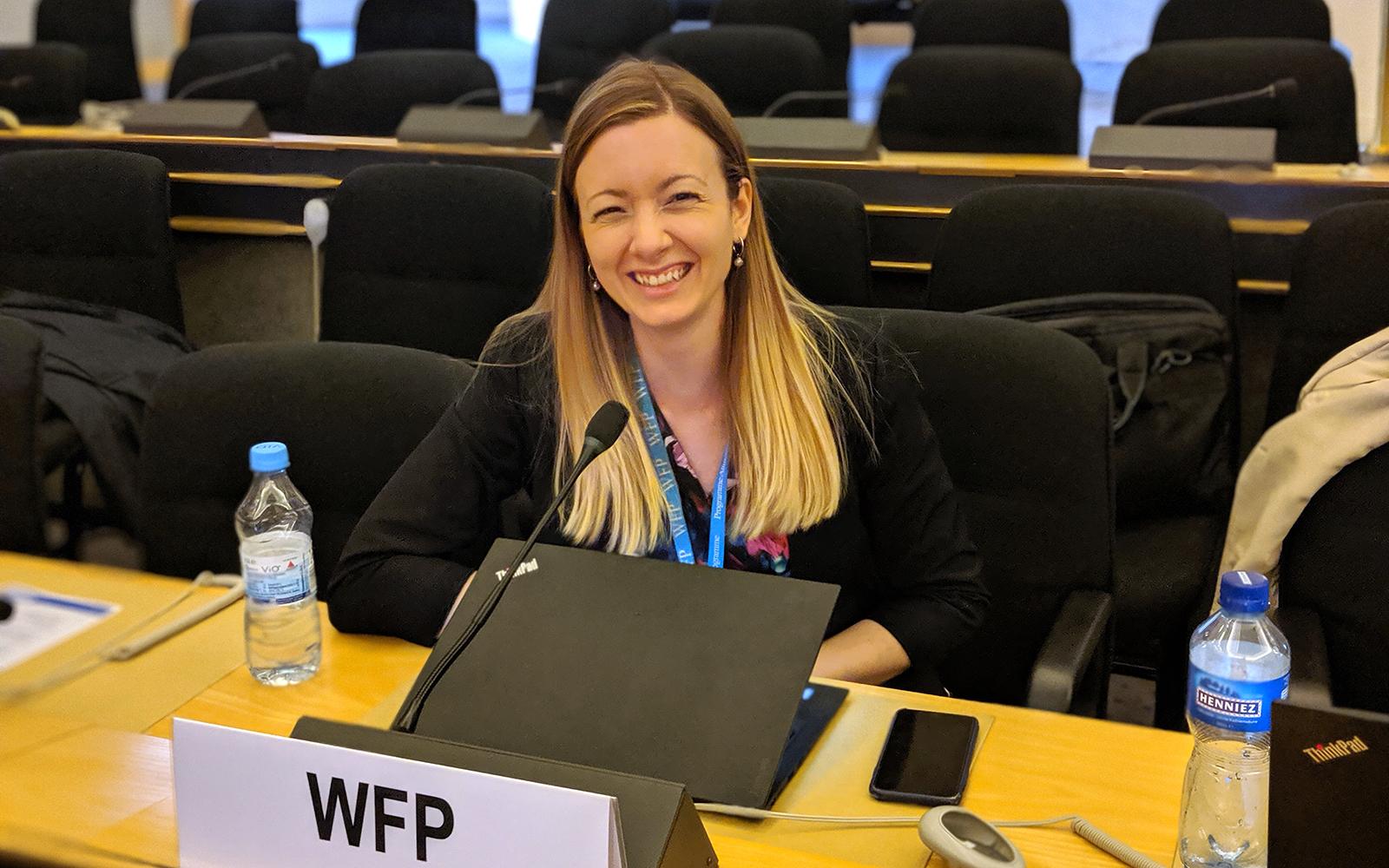 Sullivan pictured in Geneva, Switzerland as a consultant at the UN Palais des Nations.

After graduating from SUNY Potsdam Sullivan thought about becoming a translator, but realizing it wasn’t the right path for her, she moved to Kansas City, Mo., to be close to some of her friends and save money for graduate school. She was hired in the human resources department of a nursing home. “It was like having a whole family of honorary grandparents, and I loved my work there. However, I really wanted to use my degree,” she said.

That’s when she heard about Homes from the Heart, and their work to improve the lives of people in Haiti. “I learned a lot in those years, but I also saw a lot of frustrating realities of international development and humanitarian work. For example, when there is a natural disaster, there are often a lot of well-intentioned people who come with free supplies or services without analyzing the local market or needs, and they can end up putting locals out of business,” she explained. “Rather than a patchwork of solutions that were often not coordinated with one another, I wanted to see how the United Nations worked with locals, nonprofits, and governments to build capacity and systems that could eventually reduce or even eliminate the need for charity.”

Taking what she saw in the real world, she applied to Syracuse University to pursue a master’s degree in international relations, specializing in humanitarian and development assistance. The graduate program opened the door to an internship with the United Nations in Geneva, Switzerland, an opportunity that ultimately led to her position with the WFP in Haiti. “It was a long, winding path to end up where I am today, but I’m thankful for the experiences I’ve had that brought me here.

Now in Haiti, Sullivan is leaning on her foundation from SUNY Potsdam, and her years of experience studying language, culture, and overseeing humanitarian initiatives to positively impact the Caribbean nation. “The languages that I learned at SUNY Potsdam are absolutely essential to my work now. A lot of my work in Haiti is in French, and I’m hoping that my next job will take me to a Spanish-speaking country,” she said. “Beyond that, it’s helped me gain a wider view of the world, appreciate cultural differences, and be more adaptable in new environments.”

For more information about the Department of Modern Languages, visit:
https://www.potsdam.edu/about/directory/units/modern-languages