SUNY Potsdam Instructor Michael Popovic’s interest in the field of international studies stemmed from a very personal connection to the atrocities of war. Born to a German mother and Croatian father, he witnessed the genocide and violence that occurred during the breakup of Yugoslavia in the 1990s—an experience that he speaks about passionately with his students today.

“My family suffered quite significantly during the war, and I was in Croatia when the war broke out. I could not wrap my mind around it. I did not understand, from my pretty naïve perspective back then, why the people that we had been living with peacefully, all of a sudden started shooting at us…I knew that there were problems, but it would have never crossed my mind that a war could start over those problems. That’s what just blew me away,” Popovic said.

Dubrovnik, the city where he spent much of his youth, was under siege for nine months during the war, which broke out after the republics of Croatia and Slovenia declared their independence from Yugoslavia. Large portions of the beautiful Mediterranean city were destroyed, despite having avoided conflict for centuries before. A UNESCO World Heritage Site 1979, the historic city on the Adriatic Sea has since been rebuilt to look exactly like it did in the 14th century—making it the perfect location to depict the fictional city of Kings Landing in “Game of Thrones.”

But unlike the violence depicted in the HBO series, the people of Dubrovnik and other cities around Croatia faced a very real and brutal war—something that has profoundly affected Popovic’s life and his ultimate decision to pursue a degree in international studies. “I’ve always been interested in politics, but that really cemented the idea in my head that I wanted to study international relations,” he said. 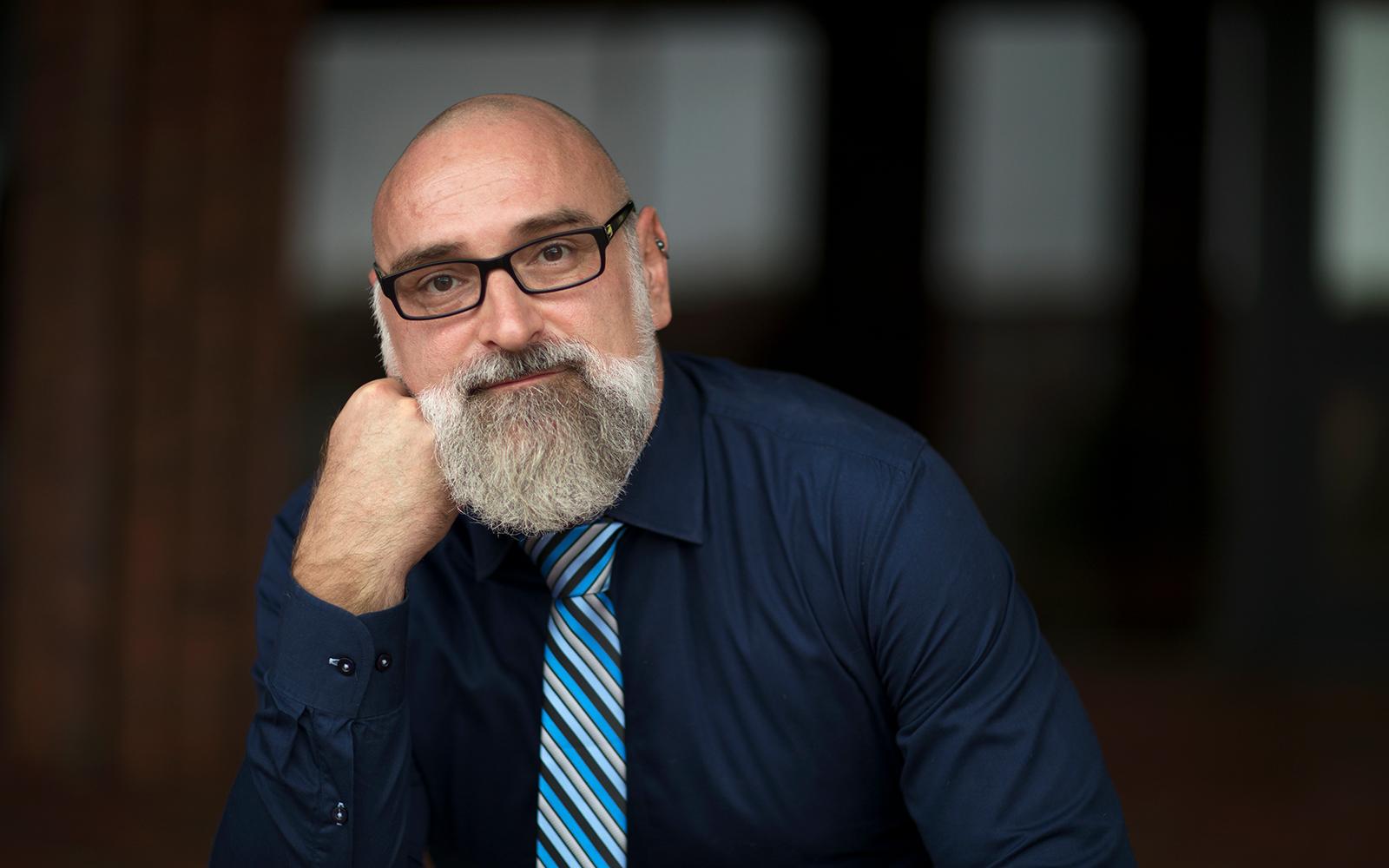 Popovic went on to get his undergraduate degree in politics with a focus on international relations at the University of Tübingen in Germany, and then a master’s degree in political science with a concentration in international political economy from Washington University in St. Louis. He started teaching at SUNY Potsdam in 2005 and was instrumental in creating the new international studies major on campus in the fall of 2015. “I just felt like there was something missing. I wanted to give our students an opportunity to explore the world outside of the United States in a variety of different ways,” he said.

One of the most significant ways for his students to explore the world is through an intensive three-week travel course to Dubrovnik, Croatia that Popovic started seven years ago. Every summer, he takes a group of dedicated students back to his home city to study the violent dissolution of Yugoslavia and its aftermath. Students talk to a variety of people who lived through the war, including the former mayor, who was the chief negotiator responsible for crossing the lines and speaking with the Serbs who were attacking the city.

During the trip, students are also able to interact with a soldier who fought to protect the people of Dubrovnik. The soldier was stationed at a fort first built by Napoleon, sitting on a hill overlooking the ancient city. “He explains to them how they were able to withstand the attack of a military force that was almost 10 times as powerful as they were,” Popovic said.

One of the most emotional parts of the Croatia trip is an excursion to Srebrenica, a city where the worst atrocities of the war occurred, as more than 8,000 Muslim men and boys were killed over the course of just a few days. The trip has been very transformative for his students who have had the opportunity to learn about the reality and horrors of war, directly from those affected by it.

“I always see what impact that has on students. I had a student who changed her entire life plan after this. She then went on to get a graduate degree in conflict resolution and social justice and is now finishing her master's thesis this semester,” he said.

Back at home in Potsdam, Popovic looks for other ways to connect his students with the international community. This semester, 65 students have been interacting with people from 60 countries across Europe, North America, the Middle East and North Africa through the Soliya Connect virtual cultural exchange program—a weekly face-to-face meeting among eight to ten students through a web conferencing platform.

“They discuss a variety of different issues. They discuss the role of news media in politics, U.S. foreign policy, Islamophobia, xenophobia, the role of religion in society—A number of the real hot-button issues that can be touchy in those interactions. The entire program is based on the notion of dialogue. So, this is not that somebody is trying to convince somebody else about what’s right or what’s wrong. The mission is really to try to get to understand the other side,” Popovic said.

Popovic was able to secure Soliya Connect grants, allowing all of the students who use Soliya Connect for free—a cost savings of over $1000 per student. “I am encouraging students to get to know people who they perceive to be different from them because I have seen the alternative that seemingly almost always leads to conflict, oppression, and ultimately war and bloodshed. I want a better future for our students and I want to encourage them to actively be the architects of such a better life in this world. Fundamentally we are all human and I hope my students embrace this idea with an open mind and open arms,” he said.

Popovic is also on the President’s Committee of Champions for SUNY Potsdam's strategic planning efforts. He is an advocate for transformational educational experiences, as well as the importance of diversity, equity and inclusion on campus.

To learn more about the International Studies program, visit: www.potsdam.edu/academics/AAS/depts/pols/programs.