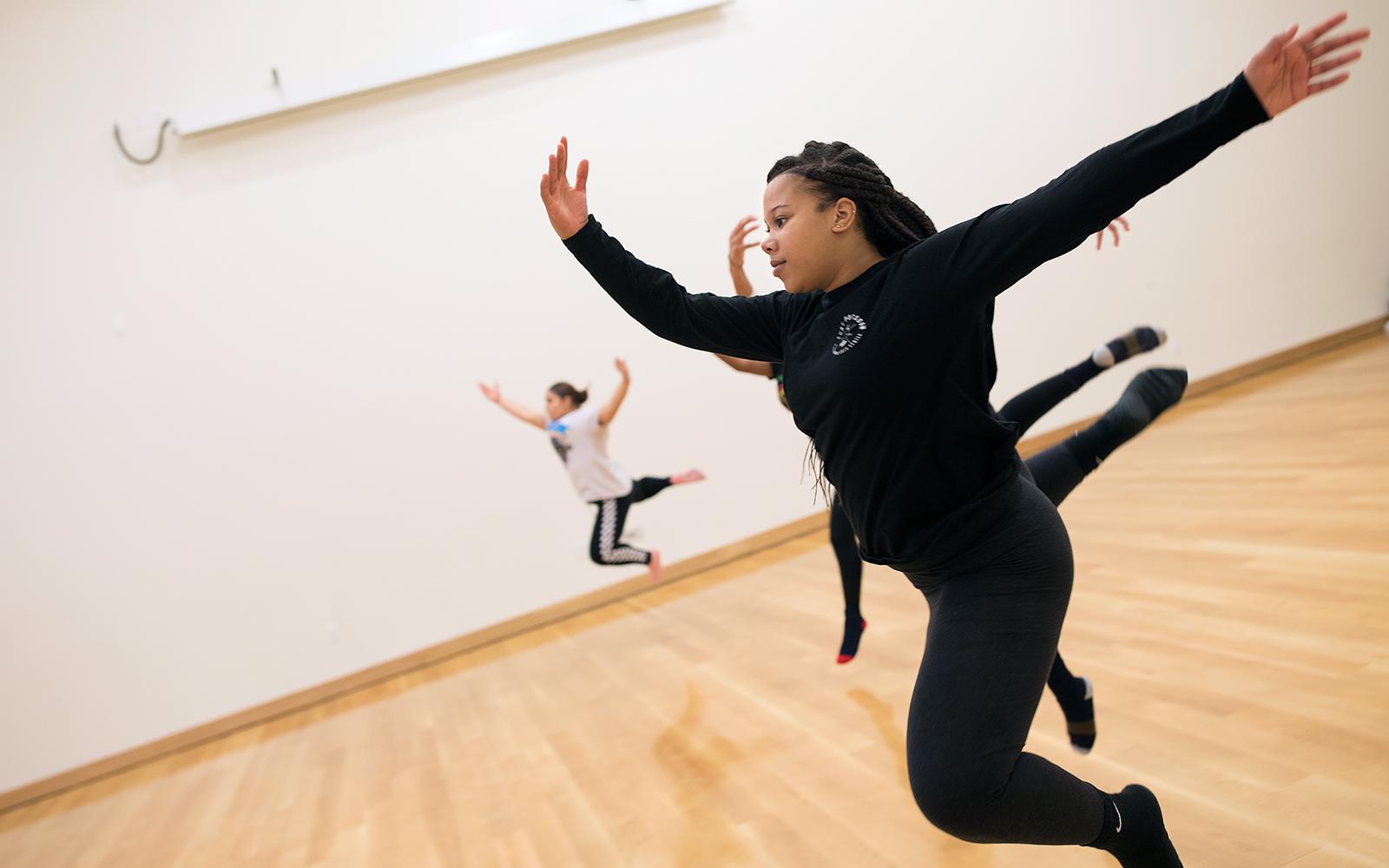 Now a junior at SUNY Potsdam, Brianna Polite ’21 has continued to develop confidence as a dancer and choreographer in the Department of Theatre and Dance. Once introverted, she’s now taking on a leadership role as the co-captain of Team NV (the hip-hop club on campus), and as a choreographer for her own dance composition that was recently staged during the Student Choreographers’ Concert.

“I wanted to put something on the stage that has a meaning and a purpose. The title of my piece is called “Progression” and it’s about overcoming something that you’ve been trapped in for a long time,” Polite said. “I really love the dance program! Cynthia DuFault and Don Borsh helped me grow as a dancer and helped me overcome my shyness. The dance program is really good. I learned a lot of techniques and it’s a comfortable space to be in.”

Polite has been taking Modern Dance and Dance Composition this semester with DuFault, allowing her to develop her own dance techniques in the first, while creating her own dance in the latter. Next year she will once again be putting together her own dance piece as part of the Senior Choreographers’ Concert—her last big project before walking across the stage at commencement.

“After I graduate, I want to open a studio or have my own dance program on the side and be a leader for the young kids—teach them things that I learned in college,” she said. “My dream is to go on tour with celebrities like Chris Brown and Beyoncé and be one of their backup dancers.”

Click below to view a day in the life of Brianna Polite:

For more information about the Department of Theatre and Dance, visit: https://www.potsdam.edu/academics/AAS/depts/theatre