SUNY Potsdam alumnus Darren Mott ’88 & ’91 has trodden an unexpected path from mentoring struggling biology students to investigating cyberthreats as a special agent with the Federal Bureau of Investigation.

Two decades after starting a career steeped in intrigue but also public service, Mott now oversees 43 employees at a Huntsville, Ala., cybersecurity company that guards some of the country’s top defense secrets. Daily — and through shifts in career focus — he has been able to ensure that bad people don’t do bad things to good people. It’s a powerful motivator, and a simple way to sum up Mott’s goal in an increasingly complex world.

The foundation he gained at SUNY Potsdam gave him the skills and mindset the bureau was seeking in its candidates.

“Unlike what you see on TV, FBI agents don’t generally work in pairs,” Mott said. “You are given a case and have to figure out how to solve it. My training as a teacher allowed me to figure out how to think, work and focus independently. What I learned at Potsdam helped me during 20 years as an investigative agent.” 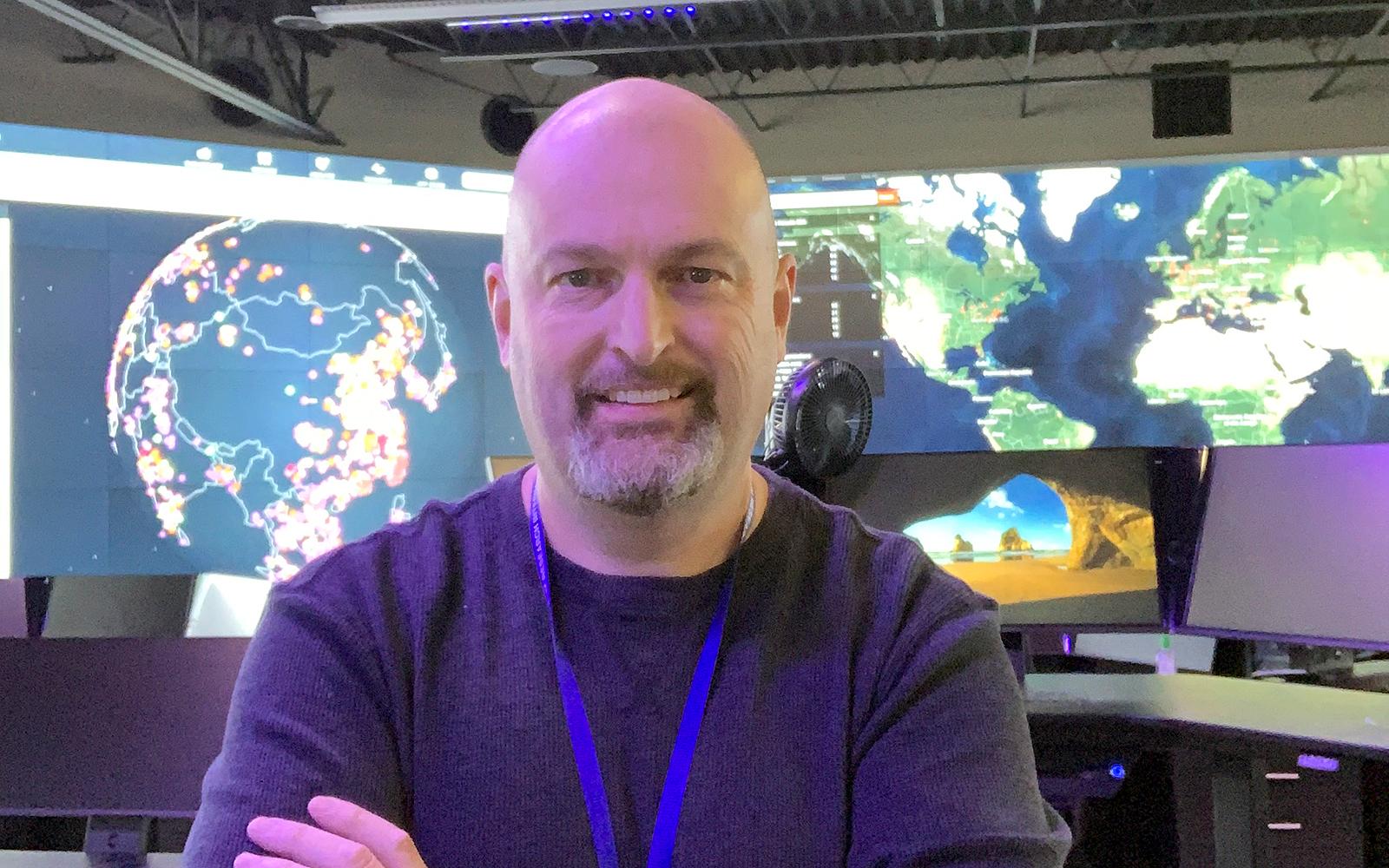 Mott grew up in Norwood, N.Y., and chose a campus that had been a familiar part of his upbringing. He achieved his bachelor’s degree in biology in 1988, working meantime as a DJ and general manager for the student-run radio station WRPS, where he was part of the team covering the 1986 NCAA basketball championships when the Potsdam Bears went undefeated. It was a highlight of his undergrad days, but Mott soon followed his undergraduate education with a master’s in secondary science education in 1991.

Advanced degree in hand, he headed to a booming job market for math and science teachers in Orlando. There, he devised a curriculum that helped put failing biology students on a track to success. It was the kind of out-of-the-box thinking that would serve him later on.

Seven years into a teaching career, Mott began to think about what he wanted to do for the next several decades. But he didn’t expect the turn his life would take.

“I was on the FBI webpage and saw they were accepting applications,” he said. “I figured, what the heck, the worst they can say is no.”

The national security issues surrounding 9/11 burst into prominence just months after Mott started work as an agent. His attention shifted immediately from an undercover operation to tasks centered around counter-terrorism. For the first three months following that world-changing morning, Mott worked 12-hour days, seven days a week, following up on leads intended to assure the acts of terrorism would not be repeated on American soil. His ensuing career investigating and managing cyberthreats and counterintelligence matters took him to the Charlotte, N.C., Cleveland, Ohio, and Birmingham, Ala., field offices, as well as FBI Headquarters in Washington, D.C.

The FBI of today has evolved from the one Mott entered 20 years ago, when being a lawyer or a police officer were “shoo-in” occupations if you wanted to join the bureau. The agency of today continues to favor fluent speakers of Russian, Chinese and Arabic languages, Mott said, but it is also shifting more toward candidates who are adept in STEM-related areas like information technology and engineering. That’s because information technology has so sweepingly transformed the way the FBI does its work and where it must focus its attention.

Mott transitioned from being a special agent to a private cybersecurity company in 2019. Working in Huntsville, he is near one of the two largest defense industry and research hubs in the nation, where contractors handle everything from advanced nuclear missile technology to biolaboratory research. The company where he is now an executive manager — and which he helped to establish— the National Cyber Security Operations Center, employs 43 people providing these defense contractors with network monitoring, incident response and other cybersecurity solutions. The main job is to ensure that secrets and intellectual property are secure, particularly from cyberthreats originating in China.

It’s a battle that Mott said is very real, even if its boundaries are not well defined and always changing. Cyberthreats never sleep, he said. Like it or not, they show no sign of going away in the future. His job is to stay one step ahead, on defense.