SUNY Potsdam alumnus Daniel Mertzlufft ’15 has been composing music since he was a child. His music has been performed all over the world, most recently during a special performance at SUNY Potsdam’s Crane School of Music where his composition was featured at the Fall Island Vocal Arts Seminar—a unique honor as the first commissioned composer for the annual seminar. 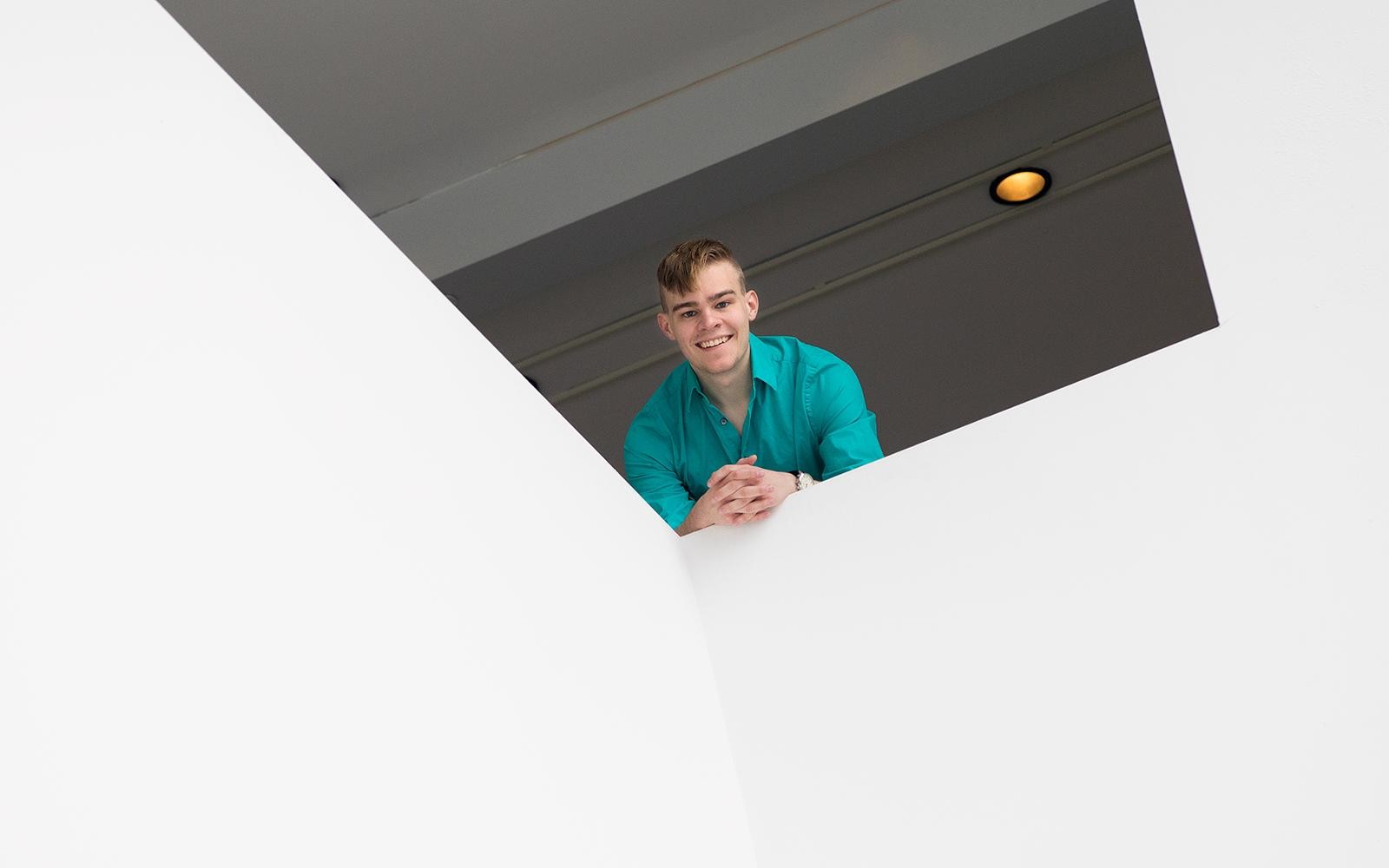 Although he has composed many pieces in the past as a student at SUNY Potsdam, this was his first large-scale commissioned work. It was a 21-minute song cycle based on Lucille Clifton’s poem, “far memory,” written in 1993. The poem caught Mertzlufft’s eye because of the beautiful transformative arc that she creates for her characters. “I love musical theater and opera, so I was really drawn to that arc within it. Although it is one poem that was pre-existing, I then set that text to music based on different themes and motives that I developed while reading the poetry,” Mertzlufft said.

He’s no stranger to creating beautiful musical compositions. Recently he did the orchestration—writing all of the supporting orchestra parts—for a piece of music performed by the Sydney Symphony Orchestra that was showcased at the world-famous Sydney Opera House in Australia. That was the “Largest ensemble and the most incredible ensemble that I’ve ever written for,” Merzlufft said.

He currently works for iTheatrics in New York City, where he directs and edits musical scores, making them more accessible to young students—a job that he says he absolutely loves! The iTheatrics team adapts Broadway musicals for elementary, middle and high school students, additionally creating teaching resources that ensure educators will be successful in producing their shows.

“That’s just not something that I would be able to do at any other school. That’s what I loved about Crane. We were able to have so many opportunities that we never would have gotten anywhere else, for numerous reasons, but I think a lot of it comes down to the incredible faculty and the supportive community that we have here in Potsdam,” Mertzlufft recalls. He went on to say that his composition professors Dr. Timothy Sullivan, Dr. Greg Wanamaker and Dr. Jerod Sommerfeldt were very supportive in helping him develop his voice of expression.

Part of his development as a composer at Crane was through a collaboration with Veronica Lavia, an exchange student at SUNY Potsdam from Italy. They combined their efforts to create the first singable English version of Gaetano Donizetti’s opera “Teresa and Gianfaldoni.” He did the same with an old handwritten German opera by Jacques Offenbach, translating it with the help of SUNY Potsdam professor Donald George and Dr. Jonathan Stinson—again creating the orchestration for a new version of the opera in English.

Some of his inspiration for composing and orchestrating opera comes from his work with the Domenic J. Pellicciotti Opera Composition Prize at SUNY Potsdam. He helped with the first iteration of the competition where composer/librettist teams created operas that explored themes related to tolerance, inclusion or the celebration of diversity. “Being able to see those new scores come to life was really important to me,” Mertzlufft said.

As part of his music education major, he was tasked with student teaching at Country Parkway Elementary School and Hamburg High School in Buffalo. He spent six weeks at each school teaching general music, choir and theory.

“My student teaching ended up being the most amazing experience that I ever had. I was able to work with Cindy and Al Rippley, who were my supervisors out there for Crane. They showed me a side of education that I didn’t really know existed. Now what I’m doing at iTheatrics, I work with young students a lot and I’m able to engage that part of my education background,” Mertzlufft said.

As someone who left no stone unturned at Crane, he encourages current students to do the same. “Take advantage of every possible thing that you can, while still making sure you can do brilliantly at all of them…I like to say that you can never guarantee that you’re going to catch a fish with a net, but if you just cast as many nets as possible, you hope that one of them will have a fish. I’m not a fisherman, but I think it’s a nice analogy,” he said.

He recommends that students leave their comfort zone as well. “When I first started (at SUNY Potsdam) I didn’t think I wanted to be a composer, because I was too scared, and I didn’t think that I would like opera—Both of those things proved to be wrong. If I had never tried, I never would have known that,” Mertzlufft recalls.