Finding a job after graduation is always the ultimate goal, and for Jillian Dolder ’17 & ’18, that came to fruition literally two days after Commencement. She received her diploma on a Saturday and found herself standing in front of a group of high school students on a Monday.

As part of the BAMST program, Dolder completed her undergraduate degree (major in physics, minor in biology) in 2017, and spent the next year in SUNY Potsdam’s MST program—giving her hands-on experience teaching the sciences to middle and high school students.

“I had two professors, Tyler St. Clair and Melissa Cummings, who were amazing! I had such a fun time in the MST program. They were honestly some of the best classes that I’ve ever taken. We were really a tight-knit community, and because there were 13 of us, we had time to really bond outside of the classroom,” Dolder said. 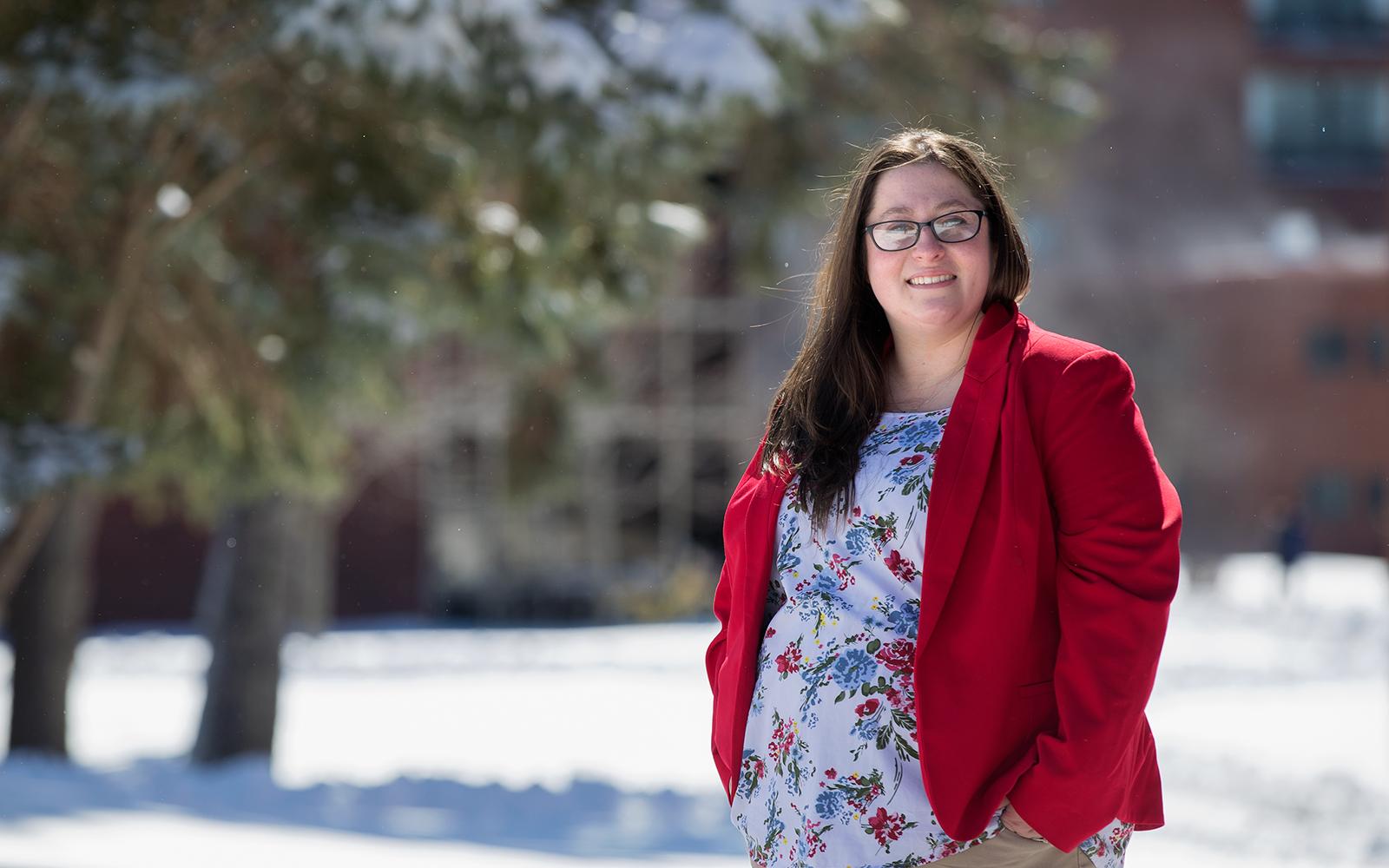 “I absolutely loved my time at Potsdam! It’s such a caring community."

Lining up her first job as a teacher came from networking opportunities Dolder found at SUNY Potsdam’s annual Teacher Education Student Association conference during the last semester of the MST program. The conference, marking the halfway point between her student teaching at Madrid-Waddington Central School and Norwood-Norfolk Central School, provided a chance for her to interact with teachers and superintendents from around the state.

During the conference, Dolder met Michael Hayden ’97, the superintendent for the Clyde–Savannah Central School District and a SUNY Potsdam alumnus who made the trip back to Potsdam to take on a leadership role at TESA. “He was looking specifically for teachers in the biology and physics certification areas. He called me the next day after the conference and set up a time for an interview,” Dolder recalls.

That initial connection led to a successful interview and she was offered her first teaching position that started two days after Commencement. Fast forward one year later, and Dolder is still teaching seventh-grade life science, eighth-grade living environment and high school physics in the Clyde–Savannah Central School District. “I’ve had a great time at my district. Everybody has been so supportive of new teachers. I absolutely love teaching! It’s very inspiring every single day. We just finished doing some units in biology where I taught my seventh-grade students a little dance to help them remember some of the different phases of the cell cycle. The kids were instantly able to learn it from just doing the dance,” Dolder said.

As an undergraduate student at SUNY Potsdam, Dolder had her first experience teaching and mentoring as a physics tutor in the Student Success Center. She also worked on a research project with Dr. Lily Li where she wrote an instruction manual for Li’s 3D printing class—taking a complex subject and making it accessible. “I absolutely loved my time at Potsdam! It’s such a caring community. Everybody was so friendly—It felt very comfortable talking to everyone,” Dolder said.