Wearing a wig, ’80s makeup and rocking out on a keytar in the middle of the Atlantic, Jessica Petersen’s first full-time job out of college was anything but ordinary. As a musician on numerous Carnival cruise ships, Petersen has traveled all over the world and has played the keys for everything from jazz to disco and classic rock to ’90s music.

Spending more time at sea than on land, Petersen bounced around the globe, visiting Hawaii, Bermuda, South America, Singapore and hitting up more Caribbean islands than she could count—working on 19 different ships over the course of seven years. She started out by playing keys with a 10-piece band, often performing with “fly-ons”—other professional musicians who would board the ship for special concerts. Quickly sight-reading the music, she joined the artists on stage after just a short rehearsal.

Petersen remembers performing with one notable musician, a singing and drummer who flew down from New Orleans while they were docked in the Virgin Islands. “He had me sing with the band, which was really cool, but also very intimidating in a giant theater with thousands of people, and having to let go and conquer that fear,” she said.

Although she would occasionally sing, Petersen’s primary instrument was the piano and keyboard. After starting out with a show band, she transitioned into a new role as a keys player with a rock band. “I went from playing the one standard keyboard, to the rock band gig where I used a double keyboard and played different varieties of music and themed set nights… Motown, classic rock, Woodstock, ’90s ’til now, and ’80s pop and rock sets,” she said. “Eighties nights always had the best turnouts. We would play classic artists like Journey, Styx, Madonna, Genesis, Bon Jovi, The Go Gos, Joan Jett, Michael Jackson and so many more. We would all dress up, with a crowd of people circling us belting at the top of their lungs. It was such a great feeling to play music that people loved.”

Unlike playing in a band in New York City or Miami, being at sea required a lot of flexibility.

“Playing on a ship meant adapting to the environment a lot. You always had to have a backup plan, because you never knew when someone was going to get hurt or when there would be a family emergency. You had to find ways to be creative. I had to do sets without a bass player. It wasn’t as easy as texting and being like, ‘Hey, my bass player is out. Can someone come sub?’ You didn’t really have that ability,” Petersen said. 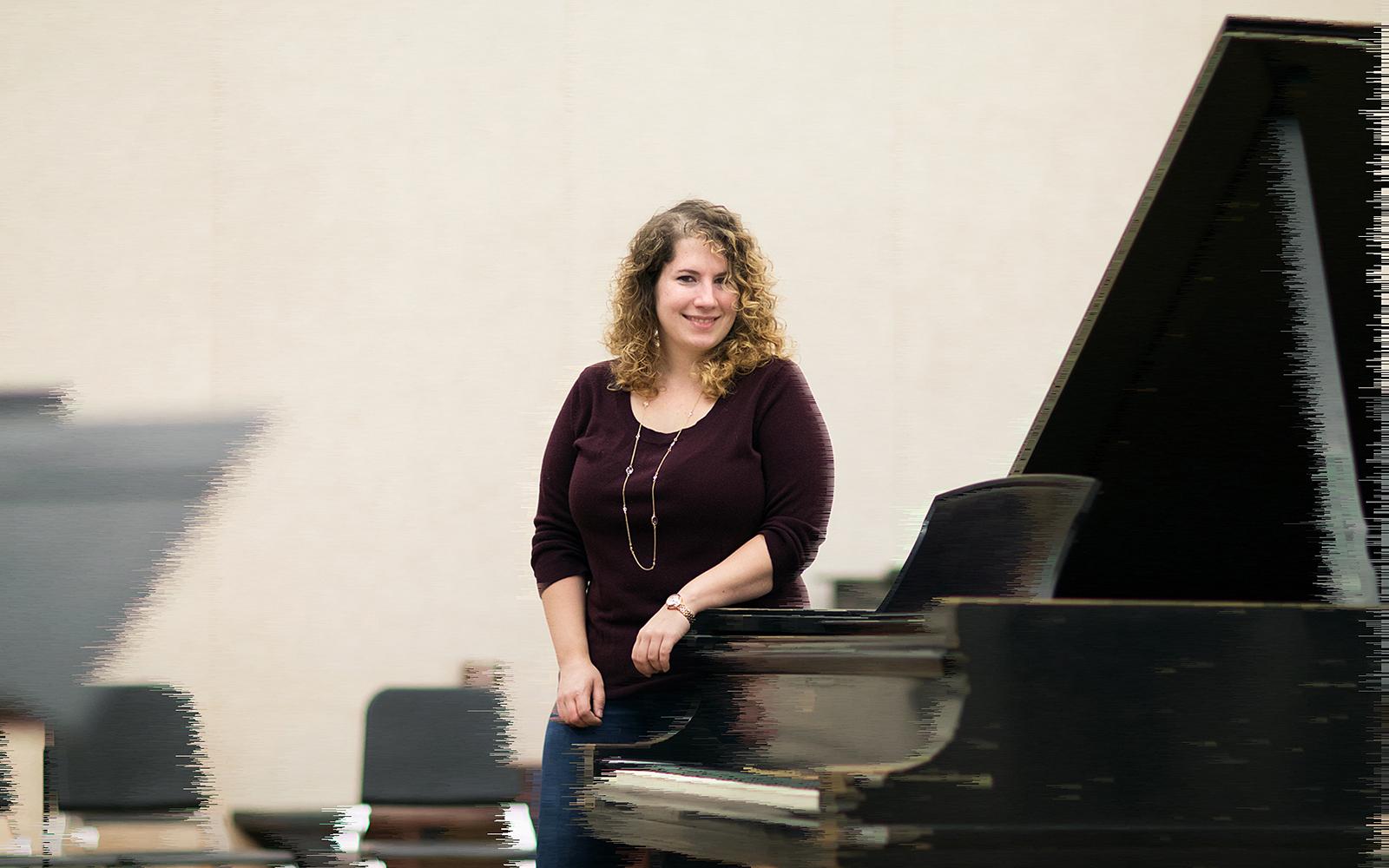 The challenges of performing at sea were counterbalanced by her ability to see the world while also saving money. “You can save a lot of money, because you don't really have any expenses. I had my college loans and my phone bill, but you don’t pay for food on board and medical care is included. I was just dumping all my money into my college loans—I’ve paid off two of my three loans, which is a pretty nice feeling for being 30 years old,” she said.

After performing with bands for several years, she became a music director for Carnival, overseeing all the music productions on her assigned ship. Later, Petersen was promoted again, and started working as a singer supervisor, a position where she trained the entertainers in Fort Lauderdale, Fla., before they started working on the cruise ships. “I’d be teaching harmonies to things like ‘Bohemian Rhapsody’ or a show called ‘Epic Rock,’ and I’d be teaching a lot of different genres of music,” Petersen said.

Her broad-based education at SUNY Potsdam helped prepare her for success. After spending several years studying music education at The Crane School of Music, Petersen switched over to get a degree in theatre—learning a lot from both academic fields along the way. “It was the discipline that I learned at SUNY Potsdam, and the motivation that I found, that helped me to become successful,” she said.

Petersen said that Professor Kimberley Bouchard, her mentor and friend in the Department of Theatre and Dance, gave her advice that she still leans on today. “Bouchard always told us to just say ‘yes.’ See if it goes right, and if it goes wrong, try something else. You learn, grow and develop techniques from listening to other people's ideas and concepts, and figuring out what works for you as professional and how to collaborate with others,” she said.

After collaborating with many different musicians on many different cruise ships, Petersen’s favorite part of being at sea was always the people. “Honestly, I met some amazing people from all over the world. It’s kind of like college in a way. You’re living all together for certain periods of time and then when you leave, you keep connections with people, because they become your family,” she said.