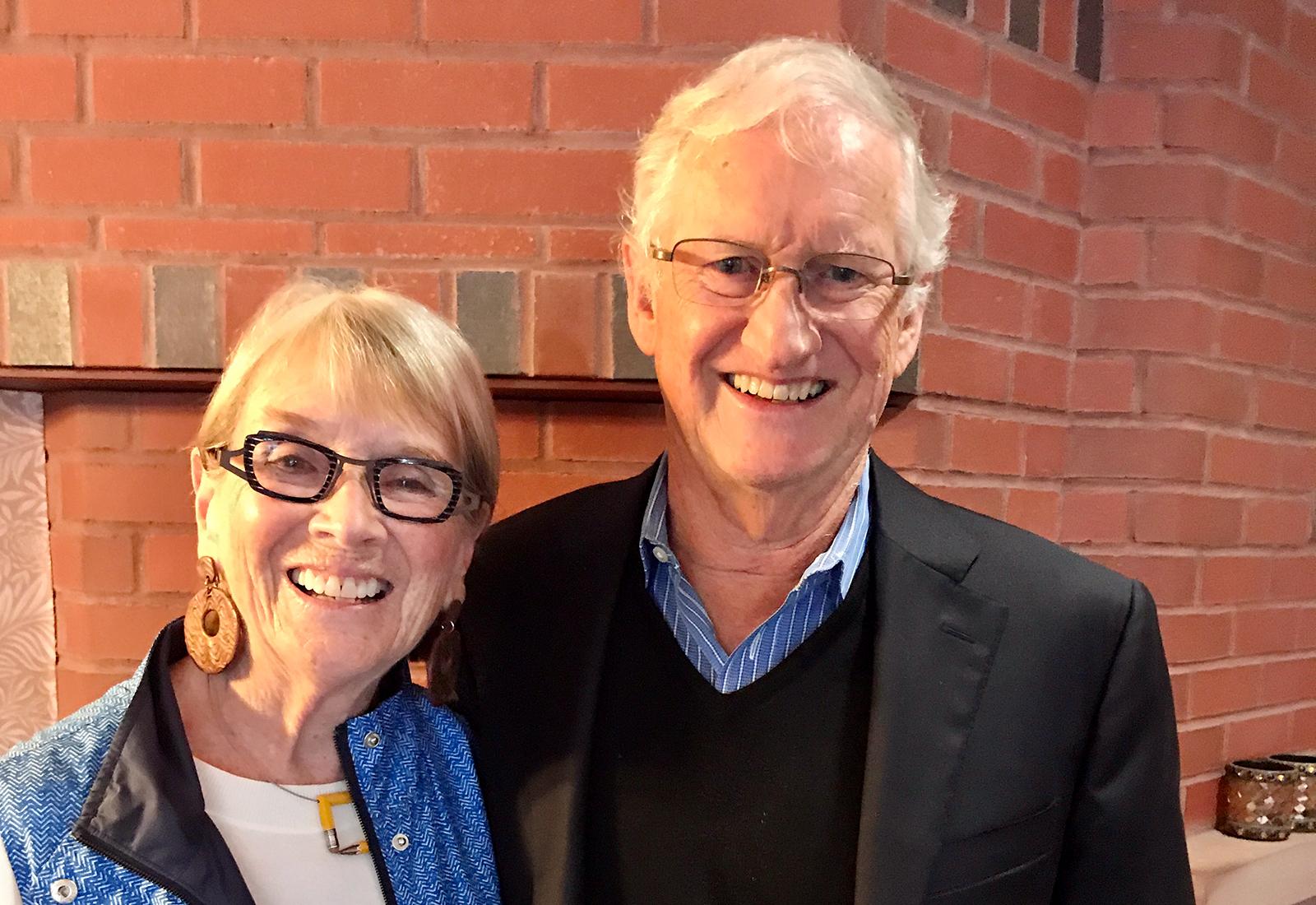 Honorary Lifetime Membership is presented to non-alums who have made exceptional contributions to the SUNY Potsdam Alumni Association and/or the College. Douglass was recognized for his commitment to SUNY Potsdam, his love for the arts, and the lasting legacy he and his wife Joy have already left at The Crane School of Music.

About the recipient:
A longtime advocate and financial supporter of SUNY Potsdam and The Crane School of Music, Dr. Chester (Chet) Douglass (Hon. ’56) has embodied the same pride for the College as any graduate.

Chet met his wife, Crane alumna Joy (Anthony) Douglass ’56, on a chorus trip to Europe in 1958. Part of the "All American Chorus" under James Allan Dash, they were among the 80 performers who toured the continent for eight weeks by boat. When they married, they started a new adventure as a family, raising two children while pursuing their respective careers in music education and dentistry.

Chet received his Doctor of Dental Medicine degree from Temple University in 1965 and a Ph.D. from the University of Michigan School of Public Health in 1971. He has published more than 140 papers and has served on multiple medical boards. In 1978, Chet became chair of the Department of Oral Health Policy and Epidemiology at the Harvard School of Dental Medicine and served in that role for 30 years. He continues to hold teaching privileges at Harvard.

While his professional accomplishments and contributions are significant, what Chet will choose to talk about with most anyone, especially any Crane alumni, is music. His vast knowledge and love for it is boundless and his commitment ever-present.

An alumnus of the renowned American Boychoir, Chet made it possible for the Boychoir to visit and perform at SUNY Potsdam in both 2010 and 2013. In 2011, Chet and Joy established the Joy Anthony Douglass Visiting Master Teacher endowed fund, to bring master music teachers from around the world to Crane. For the past five years, the couple have provided significant annual support for music education. Their lifetime financial support has already exceeded $260,000, with the promise of annual lifetime support, as well as a gift in their estate plan. Chet will now join his wife as an honorary member of the SUNY Potsdam Class of 1956.