The Potsdam College Foundation Board of Trustees appointed two new members and honored another with emeriti status at the board’s spring meeting. SUNY Potsdam alumni Adebisi Oje ’12 and Justin Sipher ’92 were both elected to serve on the Foundation Board, helping to foster giving in support of their alma mater. 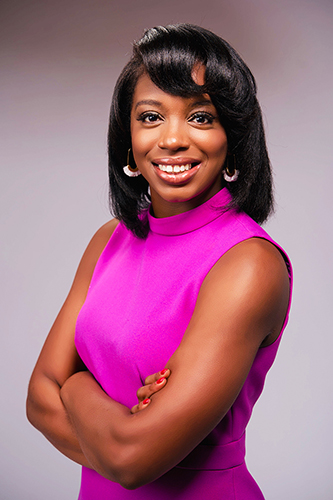 Adebisi Oje ’12  of San Antonio, Texas, is a Director of Sales at WANdisco. After earning her bachelor’s degree in both computer science and mathematics from SUNY Potsdam, she went on to complete her MBA at Cornell University. In her role at WANdisco, she is responsible for leading a high performing global team of senior sales leaders. She recently left Microsoft, where she was a sales leader responsible for revolutionizing banking as we know it, leading key banking customers to drive more value by leveraging Microsoft’s capabilities in the data and AI space. Oje also has experiences leading Microsoft's partnerships with strategic software companies and won multiple awards for leading digital transformation with her partners. Before joining Microsoft, she worked for financial companies such as Goldman Sachs and Barclays, building technology that helped the companies become more efficient. Oje is the founder and CEO of Africode, a non-profit organization that provides mentorship to up and coming Africans in tech. 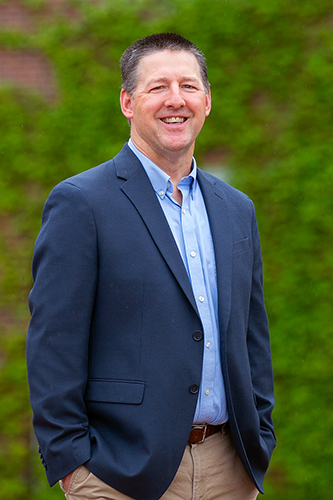 Justin Sipher ’92 of Canton, N.Y., also earned his bachelor’s degree in computer science and mathematics at SUNY Potsdam, and went on to complete his master’s degree in instructional technology at his alma mater as well. He spent 24 years working in higher education IT, including 18 years as the senior-most IT executive at three institutions, including SUNY Potsdam (from 2000 to 2005), Skidmore College (2005 to 2012) and most recently at St. Lawrence University (from 2012 to 2018), where he served as vice president. In 2018, he founded Justin Sipher Consulting LLC to assist the educational community in advancing the strategic use of technology to support teaching, learning, research, student success and business operations. Beyond organizational and technical assistance, Sipher is passionate about leadership development within the profession,serving as a consultant for Internet2 and spending most of his professional time as a ​leadership coach with MOR Associates​, the premier comprehensive leadership development program serving the higher education IT community. 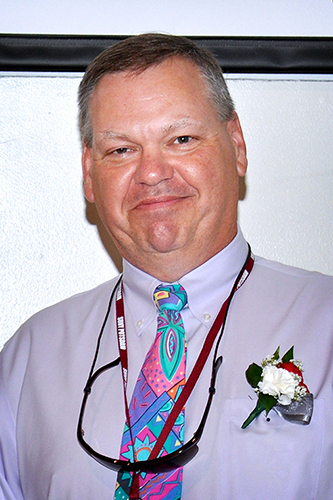 Longtime member Gary Hind ’77 of Niskayuna, N.Y., was also named trustee emeritus, in recognition of his years of service to the board and to his alma mater. Hind had served on the Foundation Board for a total of 23 years, including six years as Board President (from 2001 to 2007), and as a member or chair of virtually every board committee at some point along the way. Along with his wife, Deborah Diefendorfer Hind ’75, he previously served as national campaign co-chair for the College’s second comprehensive campaign, and on the steering committee for the Take the Lead Campaign. The Hinds are themselves generous donors to the College, having established five endowed funds, including the Politics Department Endowment, Gary and Deborah Hind Education Scholarship, Galen Pletcher Scholarship, William Amoriell Scholarship and the Hind School of Education Endowment. They were also the inaugural donors to the Student Care Fund, and have generously supported numerous other funds and scholarships, such as the Class of 1977 Scholarship, Richard Del Guidice Scholarship Fund, Funds for Science Equipment, Pay It Forward Scholarship and many others. They have been tireless advocates for Potsdam, hosting dinners and events with fellow alumni and donors, and bringing care packages for their scholarship recipients. The Hinds were inducted into the SUNY Chancellor’s Circle in recognition of their generosity in 2013. Gary has been previously honored with the Alumni Association Distinguished Service Award (2000), Roger B. Linden Distinguished Service Award (2007) and the Minerva Award (2011).

Established in 1968, the Potsdam College Foundation is a non-profit corporation dedicated to stewarding the continued growth of private giving in support of SUNY Potsdam. Its mission is to secure and manage private financial support and other gifts that build a sustainable future for SUNY Potsdam. To learn more, visit www.potsdam.edu/giving/pcf.