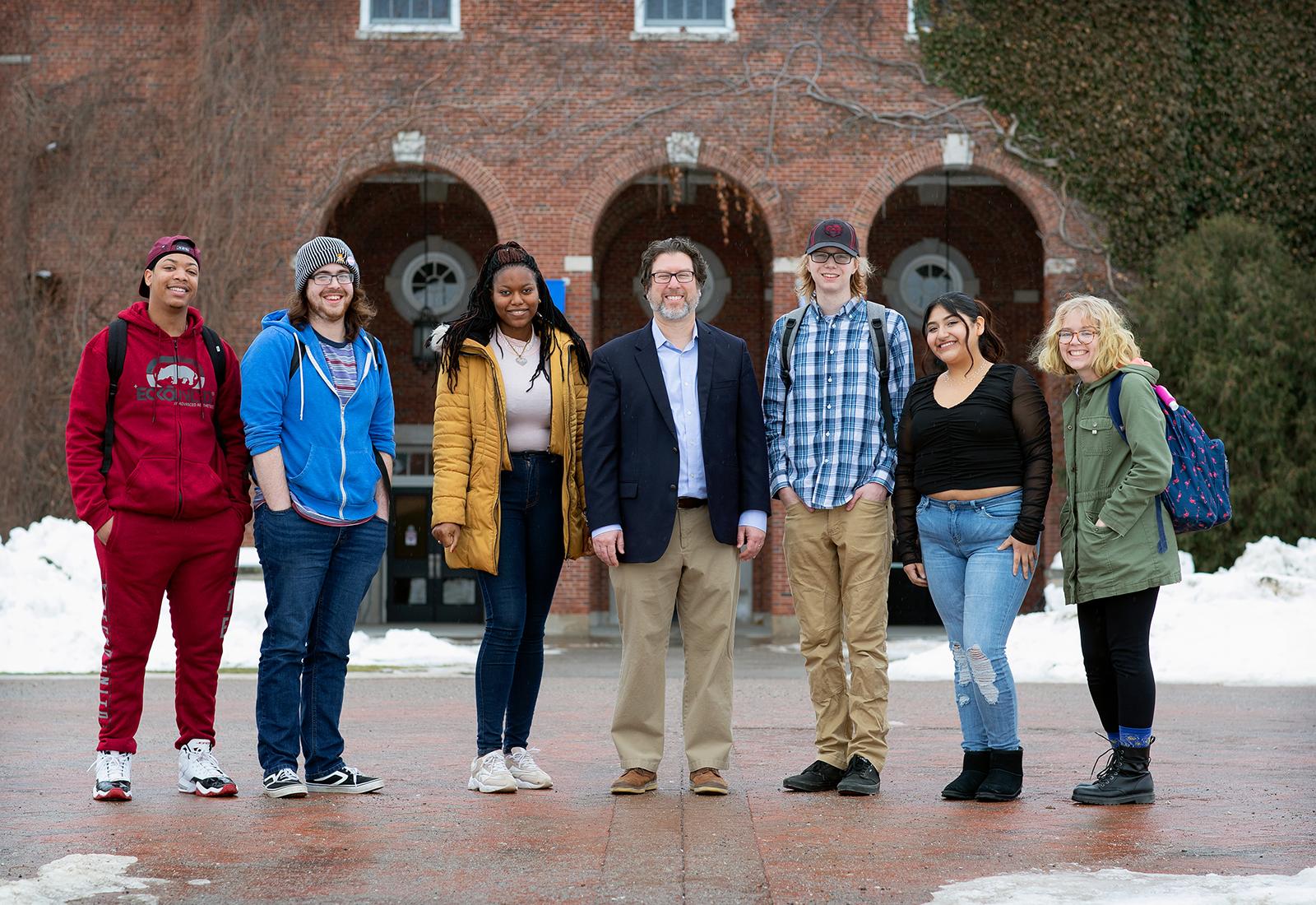 The SUNY Potsdam Kilmer Survey Research Lab has released the results of its national study of public opinion on the threat of COVID-19. The study was led by Professor of Politics Dr. Robert Hinckley and a team of five student researchers, including Daniel Mariano, Robert L. Patterson IV, Jessica Perez, Jack Rice and Samuel Slade Wright.

“SUNY Potsdam's Kilmer Labs initiative proves the great benefits of faculty/student collaboration. Our students who participate in faculty-led research projects like this one learn hands-on skills, practicing social science as it is done in the field. This marriage of academic and applied learning prepares them well for a world of opportunities in business, government, and higher education. We look forward to seeing where the work of the Kilmer Survey Research Lab takes the team,” said Dr. Thomas Baker, associate director of the Lougheed Center for Applied Learning.

Public opinion on the threat of COVID-19

At the end of June 2022, a survey was conducted to determine the public’s perception of the COVID-19 virus and which measures are necessary to reduce the spread. Americans possess a greater fear for their fellow Americans’ health and financial well-being than their own. However, few public health measures received widespread support.

Across all demographic categories, including a person’s age, race, income level, education level, or partisanship, respondents were still more likely to perceive the threat of harm to most Americans to be greater than the threat of harm to themselves. All groups believe that COVID-19 is a greater threat to the “health and safety of most Americans,” than it is to their own. Almost all respondents were more likely to regard COVID-19 as a threat to others’ finances than to their own.

In the wake of the COVID-19 pandemic, the U.S. implemented several measures intended to slow the spread of the virus. Some of these measures were controversial. This survey asked respondents which restrictions were deemed most necessary by the American public.

Requiring face masks, vaccinations for public schools and universities, and vaccinations for workplace employees received similar levels of support, with 47-49% of respondents deeming them necessary, and 33-36% deeming them unnecessary. Implementing travel restrictions to and from the United States received 40-41% approval. For many of the measures, a considerable number of Americans were unsure how they felt about them being implemented.

How we did this

Kilmer Survey Research Lab at SUNY (State University of New York) Potsdam conducted this study to measure the public’s perception of the pandemic. In June 2022, COVID cases were expected to continue rising, with deaths expected to increase as well, especially among the unvaccinated, elderly, and people with weakened immune systems. Starting in the spring of 2022 and going into summer, Omicron variants brought with them a surge of COVID cases nationwide. However, it was apparent that these cases were resulting in far fewer deaths than previous waves of COVID cases.

This national survey began on June 14 and ended on June 29. Qualtrics provided the software and sample data necessary to conduct this research. The sample size of the survey was 1,518 respondents, who took an average of 17.5 minutes to complete it.