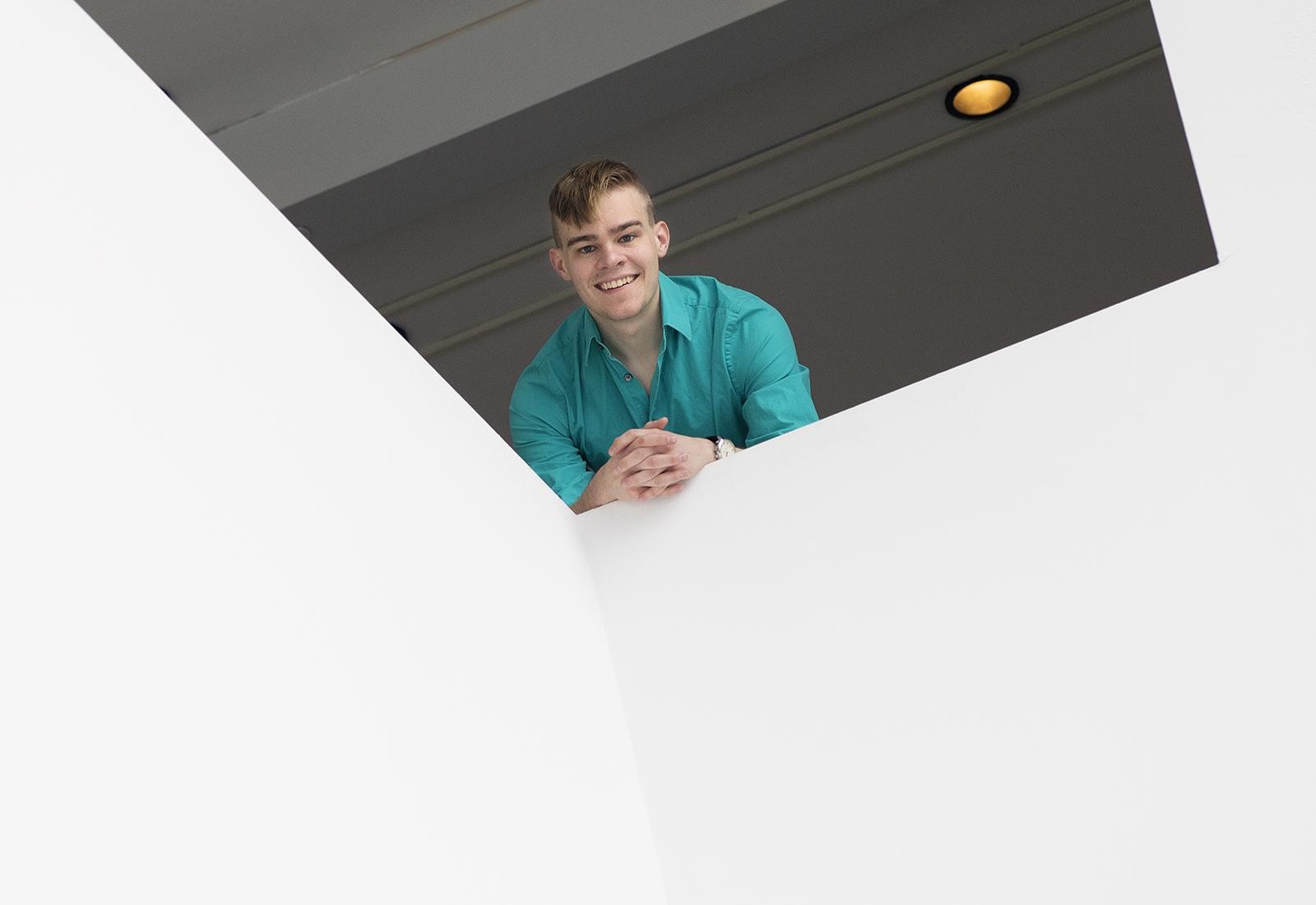 Daniel Mertzlufft ’15 of New York City is the recipient of the 2021 Rising Star Award from the SUNY Potsdam Alumni Association.

The Rising Star Award is presented to alumni who have demonstrated outstanding professional achievement in the first decade following graduation. Mertzlufft was recognized for his outstanding achievements so early in his career, and the continued success he is sure to earn.

During the COVID-19 pandemic, Daniel Mertzlufft ’15 turned to social media to create content that brought people together through music and comedy. His TikTok musicals soon rose to viral fame, uniting musicians and audiences from around the world.

Dan’s first video sensation was a musical parody called “Grocery Store: A New Musical,” which finds a couple fighting in the aisles during the pandemic. He also released an arrangement of “Remy the Ratatouille,” by Emily Jacobson, which launched the “Ratatouille Musical” TikTok movement. He then served as music supervisor, songwriter and arranger for the resulting livestreamed fundraiser, “Ratatouille: The TikTok Musical,” which raised more than $2 million for The Actors Fund. His work led him to appear on “The Late Late Show with James Corden,” where he performed his composition, “The Thanksgiving Musical ,” along with renowned Broadway actors.

Though Dan has been composing music since he was a child, his education at The Crane School of Music helped him to hone his skills and gave him opportunities to share his work. For his senior project, he composed a 40-minute opera, “The Letter,” which he conducted personally in Crane’s Helen M. Hosmer Concert Hall in 2014. Two years after graduating at the top of his class, another of his compositions was featured in a Crane performance hall, as his piece “far memory” premiered at the Fall Island Vocal Arts Seminar hosted on campus. He was the first commissioned composer for the annual seminar.

In 2021, Crane voice Professor Dr. Donald George premiered a reworked series of Dan’s, called “Three songs of e.e. cummings.” Regarding the song cycle, Dr. George shared, “They are really beautiful and effective songs. It shows another side of Dan and his ability to compose beautifully with a masterful setting of these texts.”

Dan is part of the creative team for “Breathe: A New Musical,” which chronicled how the global pandemic impacts five very different relationships in five musical vignettes. “Breathe” was conceived and written by New York Times bestselling novelist Jodi Picoult and playwright Timothy Allen McDonald. Dan wrote the music for "Aches," featuring lyrics by Kate Leonard. The musical premiered on Overture+ in May and debuted an original cast recording through Broadway Records.

In addition to composing, Dan conducts, directs, arranges and orchestrates for organizations both nationally and internationally. He is also an active educator and leads workshops throughout the United States. He recently signed with CAA and Kraft-Engel Management. During SUNY Potsdam’s LoKo Arts Festival in 2021, Dan presented a musical theatre workshop for Crane students.