SUNY Distinguished Librarian Edward M. Komara, an expert in American blues history, has coauthored a new book, “King of the Delta Blues: The Life and Music of Charlie Patton.” Komara directs the Julia Crane Memorial Library at SUNY Potsdam’s Crane School of Music and has established an international reputation for his work as a librarian and musicologist.

His latest book, coauthored with Gayle Dean Wardlow and the late Stephen Calt, has been released by the University of Tennessee Press. The publication is a second edition, which explores the legacy and impact of Charlie Patton, known as the father of the Delta blues. The original book, “King of the Delta Blues Singers,” was released by Wardlow and Calt in 1988.

For this second edition, Wardlow and Edward Komara refined the text and rewrote major sections, updating them with new scholarship on Patton and Delta blues. And finally, Komara added a new afterword bringing Patton into the contemporary blues conversation and introducing numerous musical examples for the modern researcher and musician. 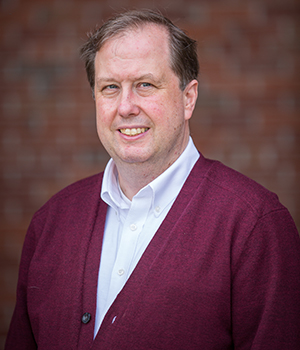 Komara is a SUNY Distinguished Librarian at SUNY Potsdam Libraries and The Crane School of Music. Since 2001, he has managed the Julia E. Crane Memorial Library, providing research services to its users, and giving bibliographic instruction sessions and guest lectures to a wide range of classes. Previously he served as the Blues Archivist and Music Librarian at the University of Mississippi (1993-2001), where he gained his expertise in the Delta blues.

“King of the Delta Blues” is Komara's ninth book, along with 23 articles and over 130 reviews of sound recordings and books. He is the first scholar to receive all three publication awards from the Music Library Association, for book, article and review. Other publication honors are two inductions in the Blues Hall of Fame in Memphis, and three Awards for Excellence in Historical Sound Research from the Association for Recorded Sound Collections.