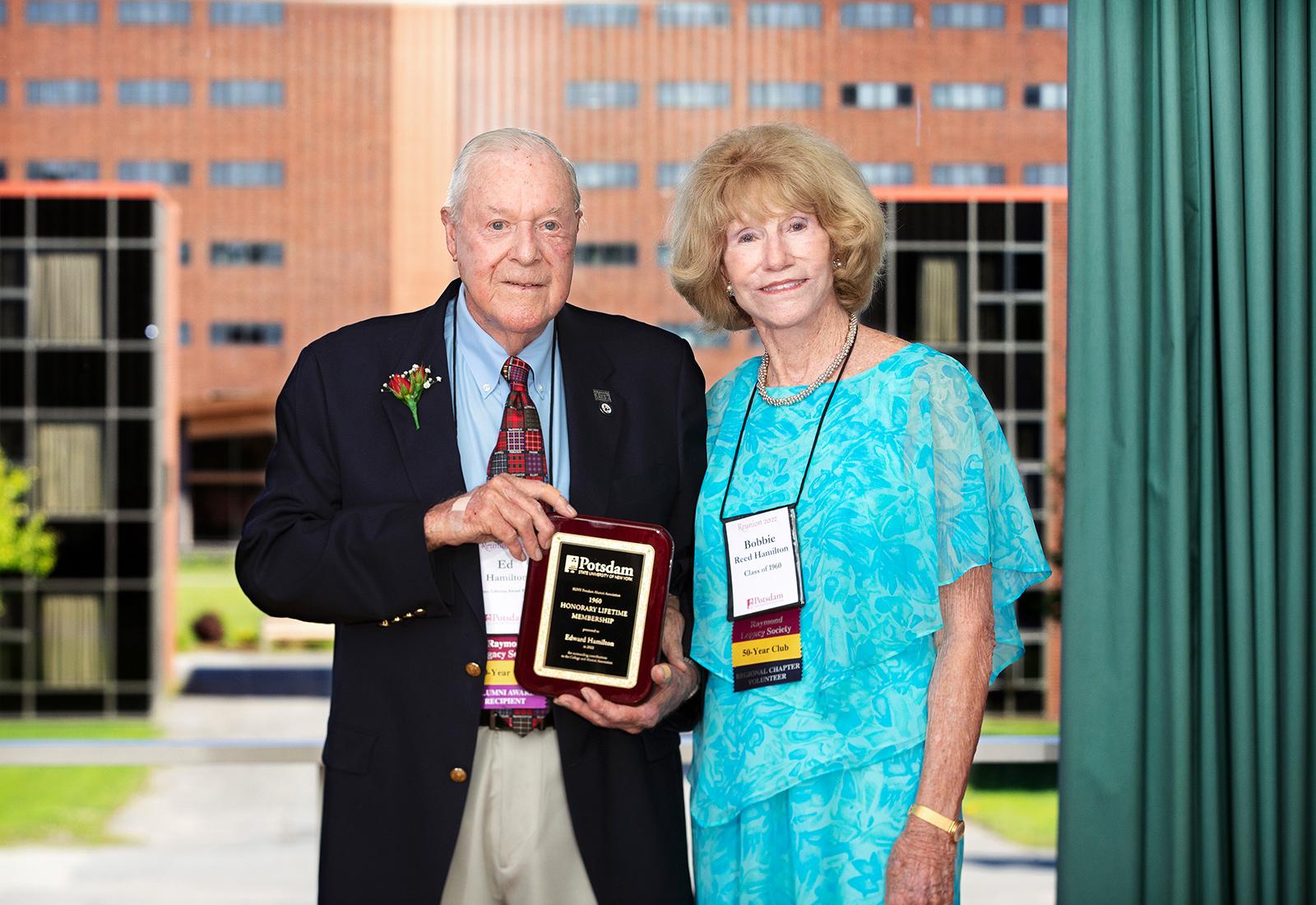 Honorary Lifetime Membership is presented to non-alumni who have made exceptional contributions to the SUNY Potsdam Alumni Association and/or the College.

Dr. Edward and Roberta “Bobbie” Hamilton ’60 are a cornerstone of the SUNY Potsdam alumni family in Florida, and have been a part of the College’s annual gatherings in Bradenton and Sarasota for many years. Beginning as loyal attendees, Roberta and Ed soon began planning and hosting the annual gatherings. Some of the most successful Florida alumni events have been hosted at the Hamiltons’ country club in Sarasota. At these events, Ed and Roberta welcome every attendee with kindness, grace and generosity. Their passionate spirits naturally put others at ease, and they exude the warmth and kindness of the Potsdam family to all.

The pair are also committed to supporting current students at Roberta’s alma mater. The Hamiltons have been regular annual donors to SUNY Potsdam for decades, and they recently notified the College that they have named The Crane School of Music as a beneficiary of their estate. This gift will provide Crane with generous support that directly impacts the students and faculty of the School that Roberta once called home.

With her Crane education, Roberta went on to become a music educator, but her husband’s vocational passion lies in medicine. After graduating from medical school at Duke University, Ed practiced medicine in almost every arena available—including the Army medical corps, the Kennedy Space Center, a state hospital and multiple private practices across the state of Florida. Upon retiring, Ed continued to serve as a doctor on cruise ships and for a county jail.

Though a physician by trade, Ed also enjoys playing and performing music, whether clarinet or his own bass voice. In 2006, he joined his wife and other members of the SUNY Potsdam Alumni Choir on the stage of Carnegie Hall to perform Fauré’s Requiem.