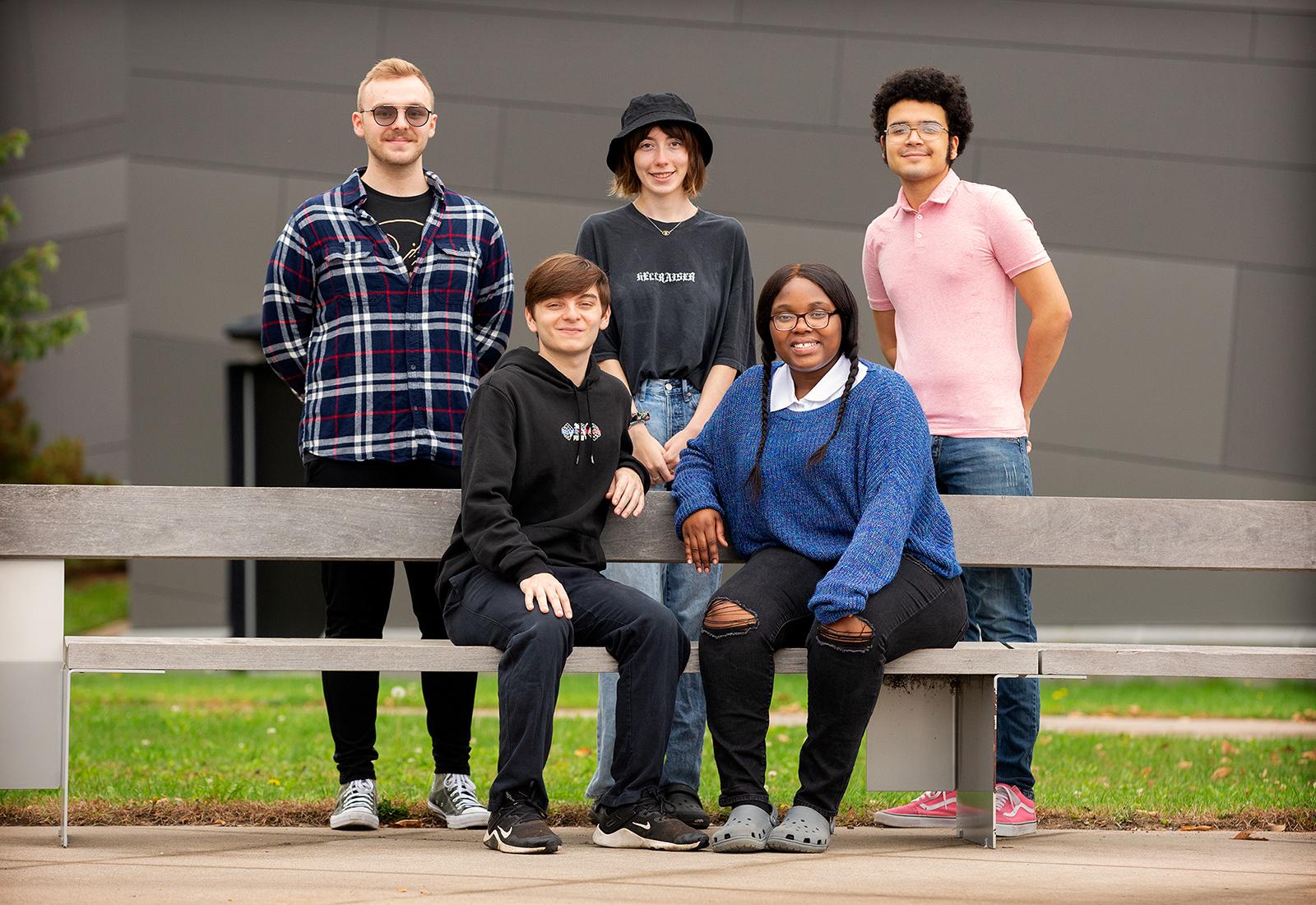 A SUNY Potsdam Department of Theatre and Dance production was selected for presentation during the Kennedy Center American College Theater Regional Festival, which was held virtually from Jan. 25 to 29.

SUNY Potsdam’s fall mainstage production of David Jacobi’s satirical comedy, “Ready Steady Yeti Go” was one of only four plays from across the Northeast that were invited to present during the 2022 Region 1 festival. Students and faculty returned to campus to film their production in its entirety at the Performing Arts Center.

“We are very excited by this honor, as only four shows were selected this year out of the entire region for New England and New York,” Dr. Jay Pecora, department chair and director of the show. “This is a great honor for the cast and crew.“

In the aftermath of a hate crime, junior high pariah Goon befriends one of the victims, Carly, the only Black girl in school. While the town plans a rally “to destroy racism forever,” a youthful romance blossoms and the two must navigate the pitfalls of falling in love while dealing with the town's prying eyes, especially those of Wikipedia Jones, the crime-solving son of the chief of police. Passive-aggressive antics, bad parental advice, and ill-informed gestures of kindness create a "white guilt perfect storm" that threatens to make the course of true love a rocky road indeed.

Started in 1969 by Roger L. Stevens, the Kennedy Center’s founding chairman, the Kennedy Center American College Theater Festival (KCACTF) is a national theater program involving 18,000 students from colleges and universities nationwide which has served as a catalyst in improving the quality of college theater in the United States. KCACTF honors excellence of overall production and offers student artists individual recognition through awards and scholarships in playwriting, acting, criticism, directing and design.

SUNY Potsdam’s Department of Theatre and Dance cultivates an innovative, experiential and multidisciplinary education within an inclusive community which prepares students for leadership and service in the arts as global citizens. The nationally accredited program offers majors in dance, theatre and arts management—all housed in the College’s award-winning Performing Arts Center. For more information, visit http://www.potsdam.edu/theatre.