‘Blueline: A Literary Magazine Dedicated to the Spirit of the Adirondacks’ Marks 40th Anniversary with Special Issue & Events 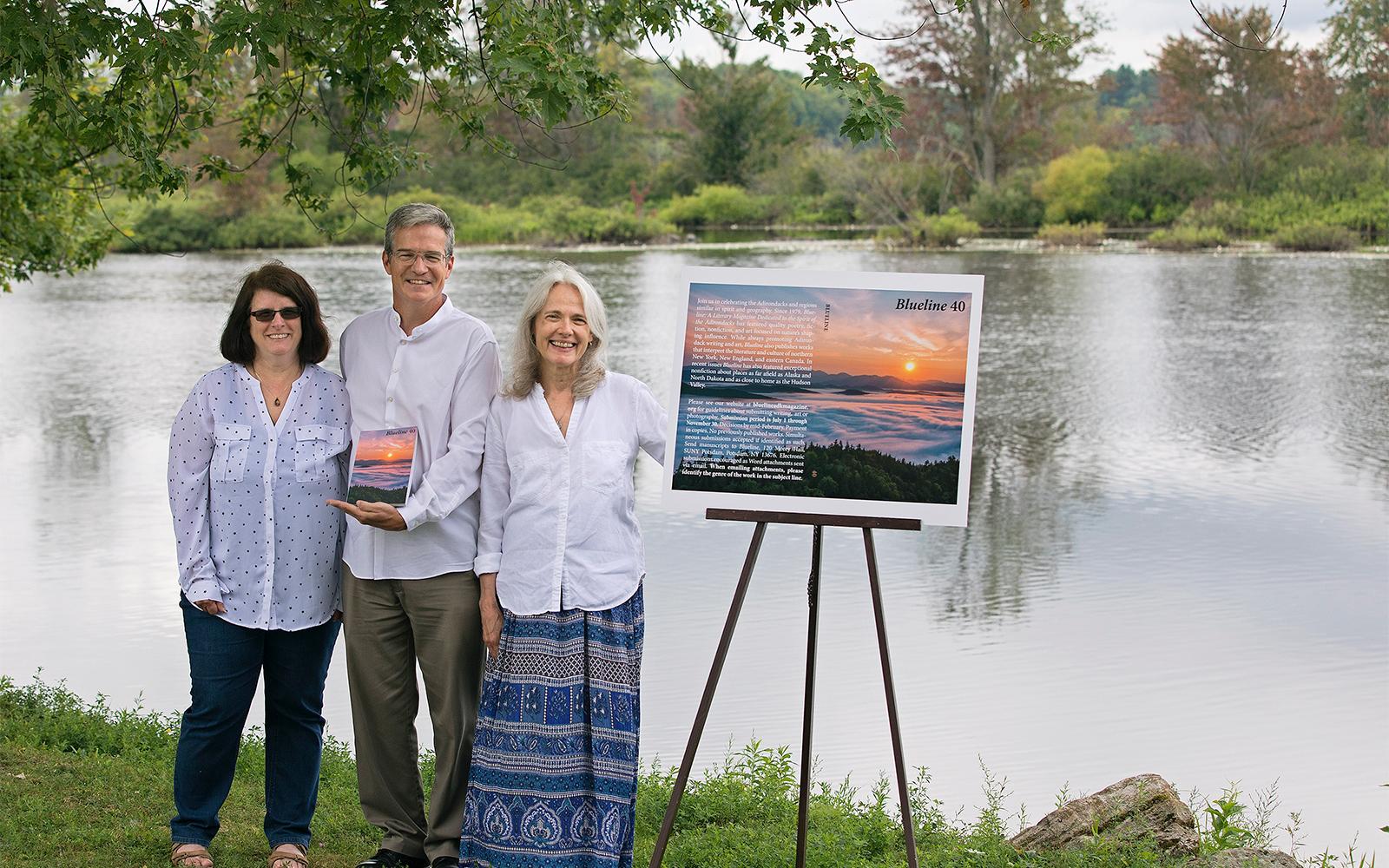 Blueline, a literary magazine in residence at SUNY Potsdam, is celebrating 40 years of publishing exceptional writing and art, with a commemorative issue and special events this year.

The publication, which is titled “Blueline: A Literary Magazine Dedicated to the Spirit of the Adirondacks,” was originally founded in 1979 in Blue Mountain Lake, N.Y., by the editor and writer Alice Wolf Gilborn. Ten years later, Gilborn arranged to create a permanent home for Blueline within the Department of English and Communication at SUNY Potsdam, where it remains in residence today.

Since then, Blueline has remained dedicated to featuring the highest quality poetry, fiction, nonfiction and visual art focused on the Adirondacks or regions similar in spirit or geography each year. While always promoting Adirondack writing and art, Blueline also publishes works that interpret the literature and culture of Northern New York, New England and Eastern Canada. Recent issues have featured exceptional nonfiction about places as far afield as Alaska and North Dakota, and as close to home as the Hudson Valley.

Published annually, each issue of the regional literary magazine includes works from approximately 80 new and established writers, and two to three visual artists. Blueline is distributed internationally and printed by Sheridan Press in Hanover, Penn.

“It’s a real privilege to publish Blueline every year. This is an exceptional regional magazine, and it keeps thriving because our contributors and editors care a great deal about the natural world,” said Editor-in-Chief Dr. Donald McNutt, an associate professor of English, who has edited Blueline for the past 10 years.

McNutt credited his colleagues for the publication’s continued success, as well as the student contributors and interns who gain editorial experience working on the magazine each year.

The 40th anniversary edition of Blueline is now available. Blueline is $12 for a single issue or $30 for a three-year subscription. To order a copy or subscribe, email blueline@potsdam.edu.

In honor of the publication, the editors will host a Blueline Anniversary Gala fundraiser on Saturday, Oct. 19 at SUNY Potsdam’s Thatcher Hall, with a cocktail hour beginning at 6 p.m. The celebration will feature live music, readings and a full buffet of fine food. Tickets are $60 per person (which includes dinner and a donation to Blueline) for faculty, staff and guests, and are $25 for students. For tickets, please contact Donald McNutt at mcnuttdj@potsdam.edu or (315) 267-2044.

Also to benefit Blueline, The John McNutt Band will perform on Friday, Oct. 18, beginning at 9:30 p.m. at McDuff’s Pub in Potsdam. Tickets are $5 at the door. The show is only open to guests age 21 and older. Expect high-energy classic rock at the show!