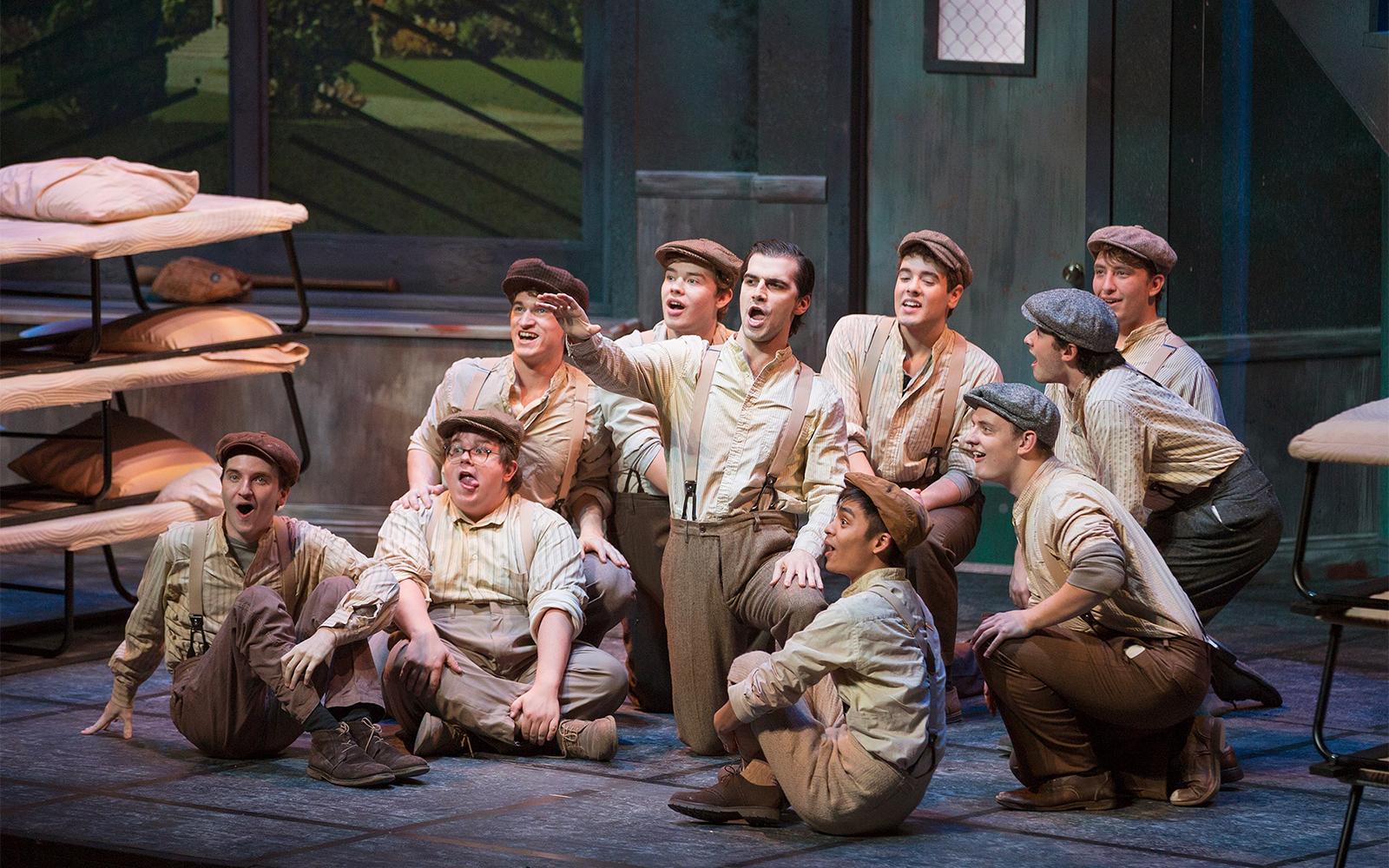 The Opera Production Competition is held every year by the National Opera Association, the national service organization for university opera programs, and is adjudicated on the basis of video submissions of live opera productions. Entrants are divided into undergraduate and graduate levels, based on the predominant age group or training level of the cast, and then further divided into divisions, according to production size and budget. The Crane Opera Ensemble production of “Mayo” was placed in the competitive graduate Division IV, due to the size and scope of the production.

“Mayo” is based on the true story of Mayo Buckner, who at the age of eight was unjustly committed to a state institution, and lived a quiet life of dignity there for 60 years. Composer and librettist Tom Cipullo was inspired to write the opera after stumbling across an obscure 50-year-old Life magazine article, titled “A Lifetime Thrown Away by a Mistake.” The piece told of how thousands of American children had been placed into institutions from the early 1900s to as late as the ’70s, often spending their entire lives there, based on flawed IQ tests. Mayo Hazeltine Buckner was profiled by the magazine after an updated diagnostic showed that he actually had above average intelligence, 60 years after he had first been committed.

“We are honored by this award from the National Opera Association, and value the way in which it celebrates the work of our students, faculty and staff, as well as our commissioned composer,” Crane School of Music Dean Dr. Michael Sitton said. “Tom Cipullo’s ‘Mayo,’ and the way it was brought to life here, is a shining example of relevant and critically important work. We are so pleased that this award will bring it additional and much-deserved attention.”

Cipullo was awarded the commission to write “Mayo” when he was selected as the winner of the 2018 Domenic J. Pellicciotti Opera Composition Prize, which is made possible by the generosity of Dr. Gary C. Jaquay ’67. The Pellicciotti Prize is based at The Crane School of Music and is awarded every four years.

“The award also helps highlight the deep impact that the gift our donor Dr. Gary C. Jaquay is making, through the Dominic J. Pellicciotti Opera Composition Prize, in its mission to foster new opera engaging students and audiences in themes of social justice, diversity, equity and inclusion, something to which opera can bring tremendous power,” Sitton said.

Submissions are currently being sought for the next Pellicciotti Prize award. For more information, please visit www.potsdam.edu/pellicciotti.

The award-winning Crane Opera Ensemble is a significant source for opera and music theatre in the North Country region of New York State. The ensemble provides exciting opportunities for students to experience all facets of opera performance and production, through rehearsals, coaching and classes related to performance practices and production techniques. The ensemble’s productions have garnered awards from the National Opera Association (2018, 2015, 2010, 2009, 2008, 2003), The American Prize (2011, 2017), and the Kennedy Center American College Theatre Festival (2010). To learn more, visit https://www.potsdam.edu/academics/Crane/opera.