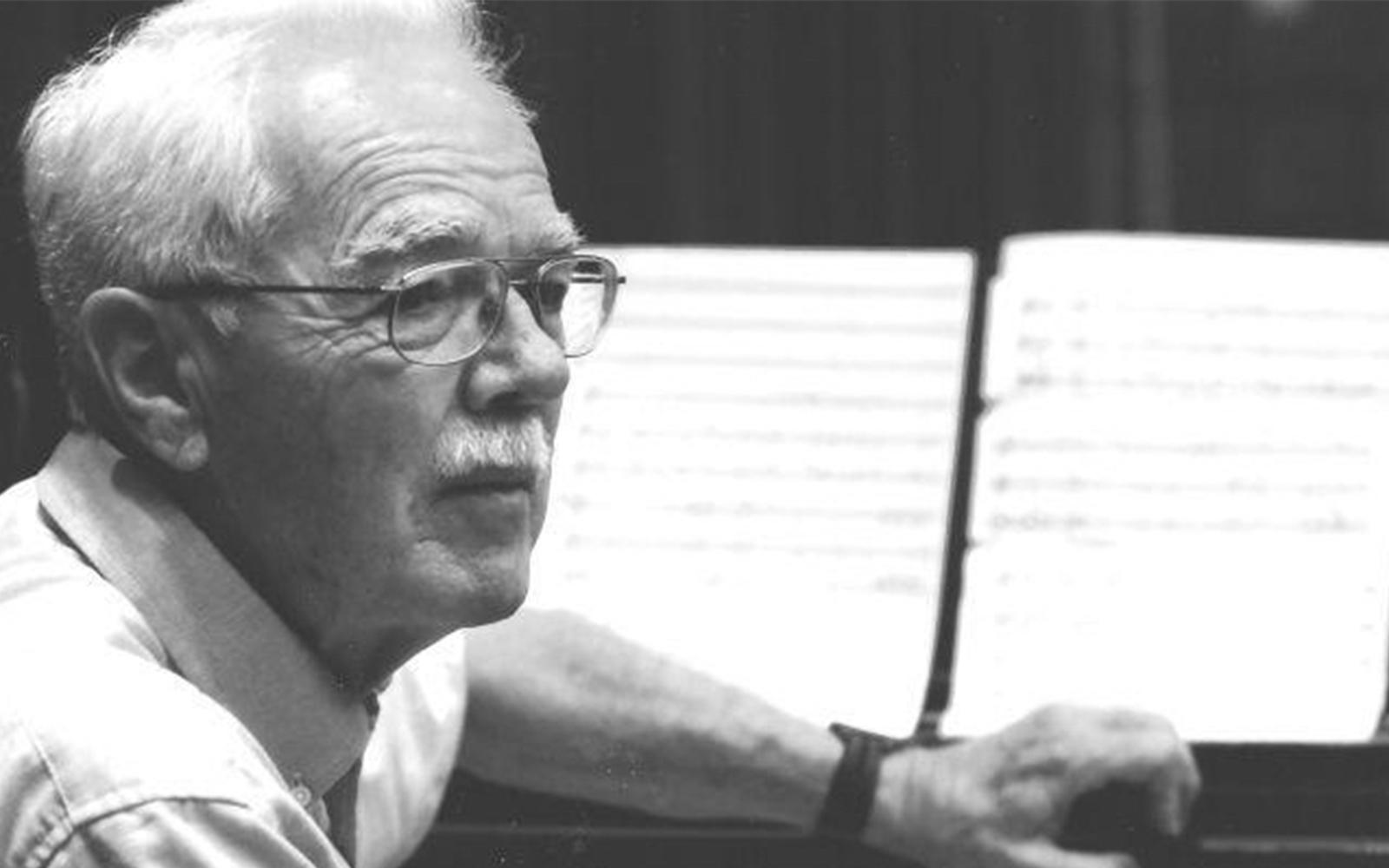 Eighty Crane School of Music faculty, students and alumni are set to take the stage to perform a program of Frackenpohl’s original works, at the institution where he taught for 36 years. The longtime faculty member and dedicated College supporter passed away on June 8, 2019, at the age of 95.

“Art Frackenpohl’s legacy as a composer and arranger belongs to musicians everywhere, but his legacy as a member of the Crane faculty is a special and very personal one. He influenced so many at Crane in tremendously positive ways, with this influence extending through all those former students to thousands of others,” said Crane School of Music Dean Dr. Michael Sitton. “I personally deeply valued the opportunity to know Art and to experience his marvelous musical insights, his vivid imagination and his sense of humor. Honoring this legacy with a concert of Art’s own music is one of the best tributes I can imagine.”

The concert will include a wide range of works for different ensembles and instruments, reflecting the incredible breadth of music that Frackenpohl composed throughout his life. An internationally-known composer and arranger, he has more than 400 works to his credit.

The Frackenpohl Honors Brass Quintet will present its founder’s arrangement of “Puttin’ on the Ritz,” while a clarinet quartet led by Raphael Sanders will perform “Licorice Licks.” Hendrickson and Miller will return to the stage in a movement of Frackenpohl’s “Sonata for Oboe and Piano.”

The Crane Concert Choir, conducted by Jeffrey Francom, will close the concert. The chorus will first present “Awake, My Soul,” an adaptation from Frackenpohl’s “Three Early American Carols,” followed by “Two Songs About Love,” including “The Dolorous Laceration (Love Waltz)” and “Annie Laurie.”

Frackenpohl’s arrangement of “Annie Laurie” has a special place in the hearts of Crane alumni. The traditional Scottish hymn was a favorite of founder Julia Etta Crane, and Dean Helen Hosmer used to include the tune in all Crane Chorus rehearsals. Frackenpohl created his own touching arrangement of the hymn in 1979.

Originally from Irvington, N.J., Dr. Arthur Frackenpohl (Hon. '04) earned both his bachelor’s and master’s degrees from the Eastman School of Music, and studied composition at Tanglewood with Darius Milhaud in 1948, and then with Nadia Boulanger at Fontainebleau in 1950, receiving the first prize in composition while in France.

Frackenpohl joined the Crane School of Music faculty in 1949 as an instructor of music and coordinator of keyboard courses. He completed his doctorate at McGill University in Montreal in 1957. Two years later, he earned a Ford Foundation grant to serve as composer-in-residence for the public school system of Hempstead, N.Y. Frackenpohl was named a full professor in 1961, and continued to teach composition, theory and class piano at Crane until his retirement in 1985. During his tenure, he completed a total of five research fellowships, and was the recipient of numerous awards from the American Society of Composers, Authors and Publishers.

Frackenpohl first published his textbook, “Harmonization at the Piano,” in 1962. Now in its sixth edition, the book has been used in college-level keyboard classes across the country. An internationally known composer and arranger, Frackenpohl has more than 400 works to his credit. He is particularly known for his compositions for band and orchestra, popular with school ensembles. Frackenpohl also composed for voice and for keyboard, including several song cycles, a cantata and a chamber opera. He wrote and arranged a wide variety of works for chamber ensembles, especially brass and wind groups. Frackenpohl completed noteworthy arrangements for the New York Philharmonic and for Canadian Brass.

A longtime and dedicated supporter of Crane and of the College, Frackenpohl stayed involved after retirement and was an active member of the emeriti community for many years. He was also a longtime member of Potsdam’s First Presbyterian Church, where he served as the organist and choir director for a number of years, and was also a deacon. Along with his family, he established the Frackenpohl Honors Brass Quintet, and a fund to support ensemble travel at Crane. He also chose to house his personal archives at the College.

He is survived by his wife, Crane alumna Mary Ellen Frackenpohl ’54, and their sons, James, Steven, David and Thomas, along with four grandchildren and four great-grandchildren. Mary Ellen and members of Art’s family will be in attendance at the memorial concert.