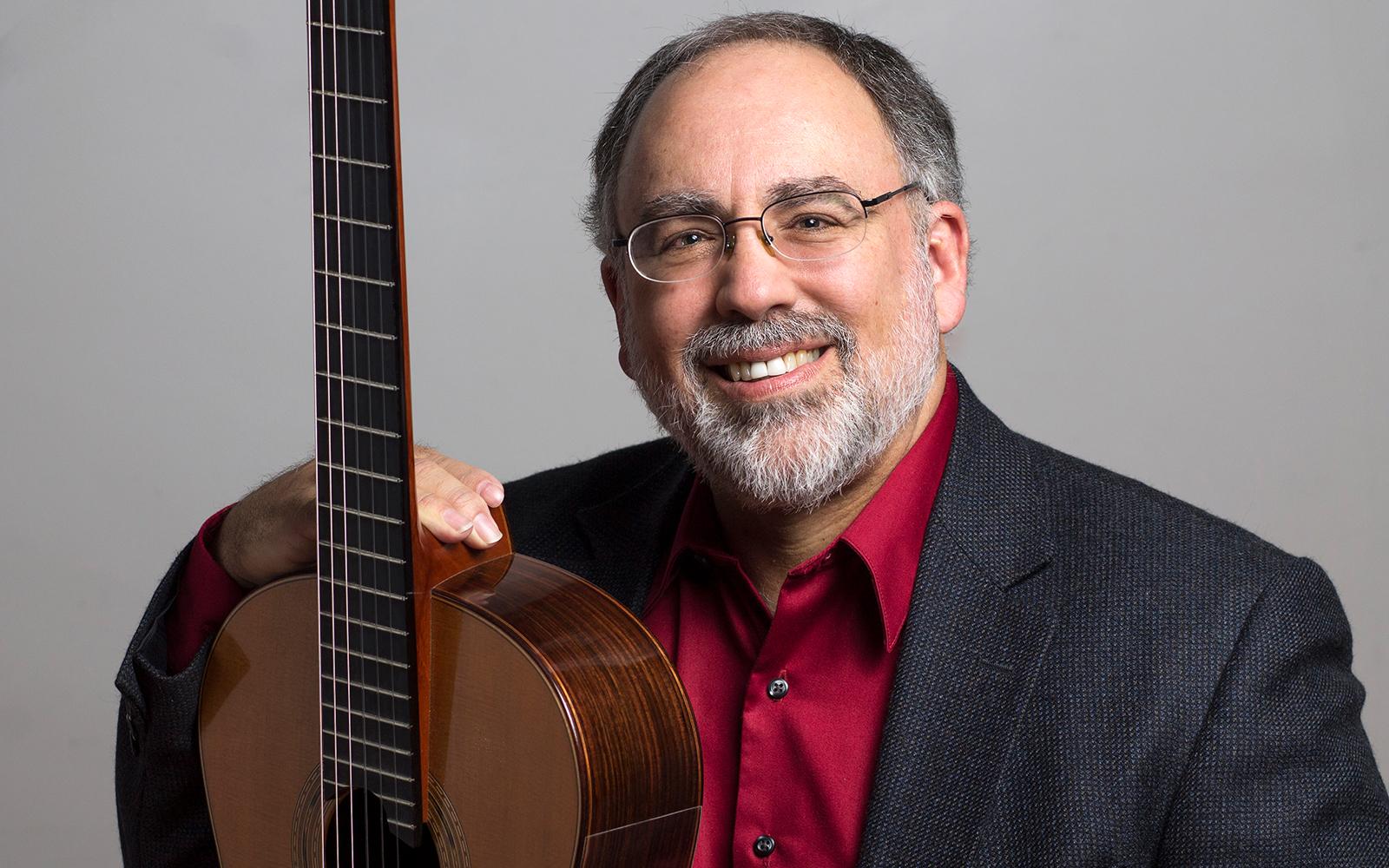 The recital will open with an aria by Girolamo Frescobaldi, followed by Rubio’s original arrangement of Johann Sebastian Bach’s “Cello Suite No. 1” for classical guitar. Rubio will also present Benjamin Britten’s “Songs from the Chinese, Op. 58,” concluding his performance with pieces by Joaquin Rodrigo and Isaac Albeniz.

Dr. Douglas Rubio is a professor of classical guitar at The Crane School of Music. He has performed throughout the United States as a soloist and chamber musician, and has been the featured concerto soloist with the Montecito (California) and Pennsylvania Centre chamber orchestras, and with the Orchestra of Northern New York. His Avalon Guitar Duo won first prize in the 1985 Guitar Foundation of America International Duo Guitar Competition. He performs frequently with flutist Jill Rubio, as the Rubio Duo. Rubio received his bachelor’s degree from the University of California at Irvine, and holds both his Master of Music and Doctor of Musical Arts degrees in classical guitar performance, both earned from the University of Southern California, where he studied with Spanish virtuoso Pepe Romero. Prior to joining the Crane faculty, Rubio directed a very successful guitar program at Illinois State University.