The Crane Symphony Orchestra at SUNY Potsdam’s Crane School of Music will present four classic works in its first concert of the academic year, on Wednesday, Oct. 9 at 7:30 p.m., in the Helen M. Hosmer Concert Hall.

The performance will open with the overture from “Die Meistersinger” by Richard Wagner, followed by two beloved concertos, featuring two student winners of the 2019 Crane Concerto Competition. Jonathan Kim ’20 (New York, N.Y.) will perform alongside the orchestra in the “Concerto for Violoncello” by Antonín Dvořák, while Christian Verfenstein ’20 (Huntington Station, N.Y.) will be the featured soloist in “Piano Concerto No. 2” by Sergei Rachmaninoff. The concert will conclude with “Symphony No. 5 (Reformation)” by Felix Mendelssohn. 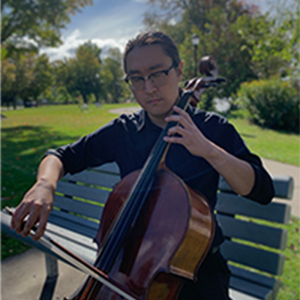 Jonathan Kim ’20, a native of Buffalo N.Y., began studying the cello at age four. He has performed as a soloist in venues across the U.S., and most recently, in Quebec, Canada. He is a prize-winner of many solo and chamber music competitions, including the 2019 Crane Concerto Competition, the Greater Buffalo Youth Orchestra Concerto Competition, the Stephan String Chamber Competition and the Crane Chamber Competition. Kim has performed in Canadian music festivals such as Le Festival International du Domaine Forget and Orford Musique, where he has had the opportunity to study with artists such as Johannes Moser, Michel Strauss and Philippe Mueller.
Kim is currently studying with Dr. Marie-Élaine Gagnon and expects to graduate in May 2020 with a Bachelor of Music degree in music performance from The Crane School of Music. 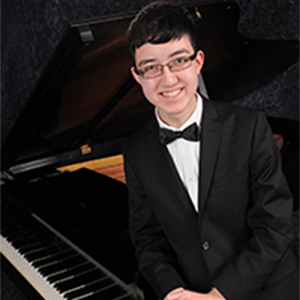