One Year on the Trail: Wilderness Advocate Tyler Socash Speaks at SUNY Potsdam 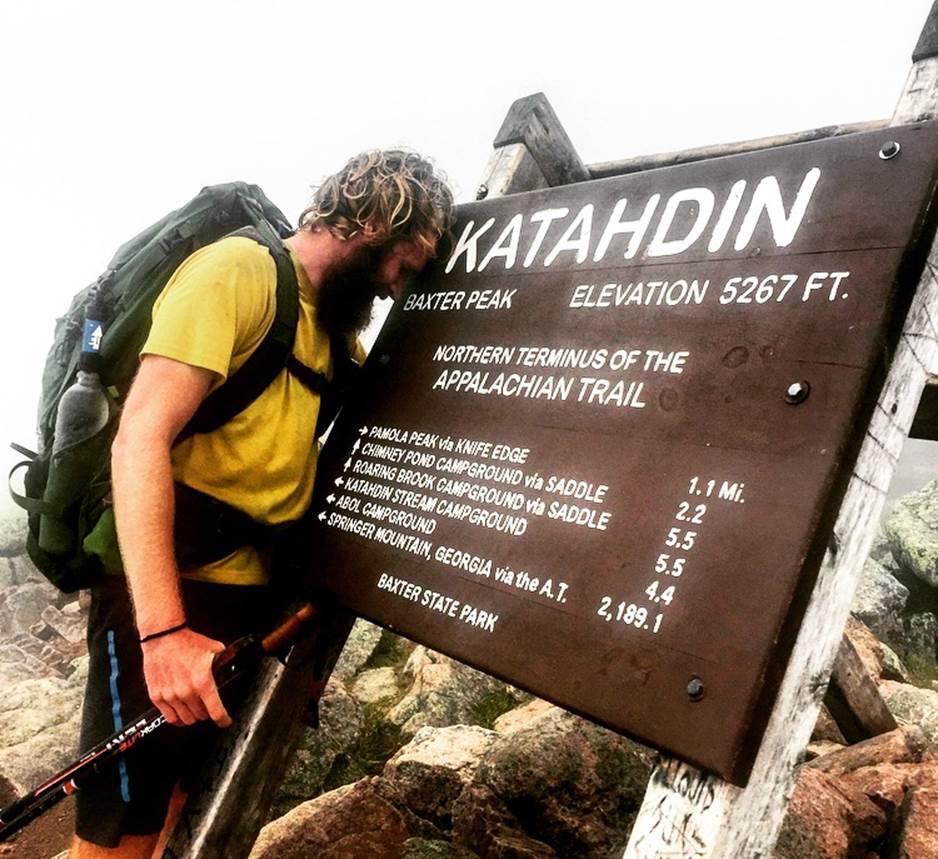 Tyler Socash poses at the northern terminus of the 2,189-mile Appalachian Trail, after finishing his third consecutive long-distance trail in a year. Socash will speak at SUNY Potsdam on Nov. 28.

In an upcoming talk at SUNY Potsdam, he will speak about how area residents can help to protect the Boreas Ponds, as well as the insights he gained after spending a year completing both the Appalachian Trail and the Pacific Crest Trail in the U.S., and the Te Araroa Trail across New Zealand.

Socash will speak at SUNY Potsdam on Monday, Nov. 28 at 8 p.m., in the Fireside Lounge, located in the Barrington Student Union. This event is free, and the public is invited to attend.

The talk is sponsored by SUNY Potsdam’s Wilderness Education Program.

Founded in 1816, The State University of New York at Potsdam is one of America’s first 50 colleges—and the oldest institution within SUNY. As the College marks its bicentennial in 2016, SUNY Potsdam is celebrating a 200-year legacy of pioneering programs and educational excellence. The College currently enrolls approximately 4,100 undergraduate and graduate students. Home to the world-renowned Crane School of Music, SUNY Potsdam is known for its challenging liberal arts and sciences core, distinction in teacher training and leadership in the arts. Empowered by a culture of creativity, the campus community recently completed Take the Lead: The Campaign for Potsdam, which raised $33.5 million for scholarships and programs.