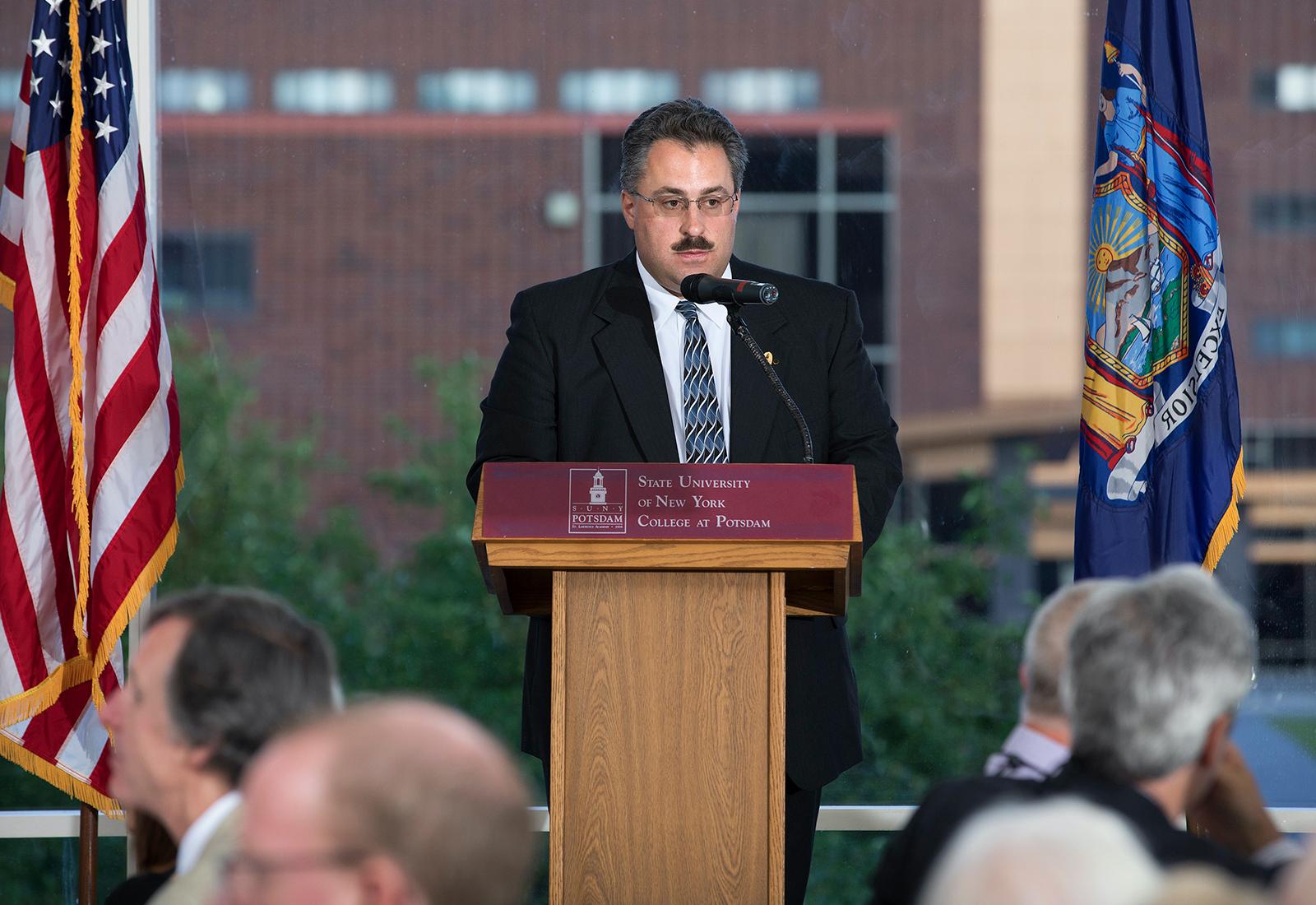 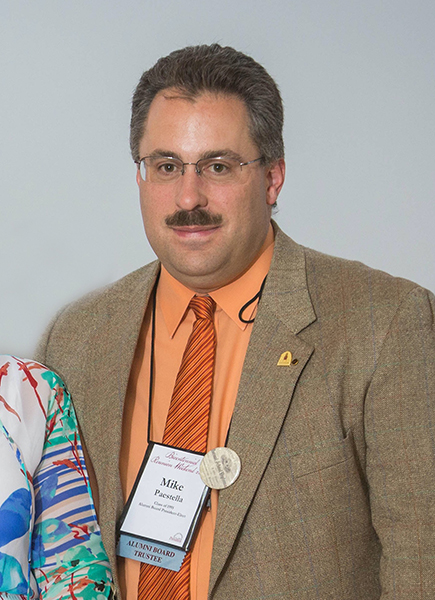 Michael Paestella ’95 began his leadership journey as an undergraduate at SUNY Potsdam began more than 25 years ago. As a student, among other activities, he was an active member of the Prometheus Fraternity and also served as president of the Student Government Association. Today, Mike’s love and passion for his alma mater is stronger than ever.

For 13 years, Mike was a trustee on the SUNY Potsdam Alumni Association Board of Trustees, from 2006 to 2019. Throughout his tenure on the board, Mike was an active trustee, investing considerable time and talent to make both the association and the College better. Mike rose through the leadership ranks after only a few years on the board. His leadership skills were recognized immediately by his fellow board members and the leadership of the College.

Mike’s leadership roles on the board included service as vice president, president-elect, president, and most recently, trustee emeritus.

During his presidency of the board, from 2016 to 2018, Mike led the Alumni Association’s involvement in celebrating the successful conclusion of the College’s Take the Lead Campaign and bicentennial festivities, which he said was “a truly amazing time to be a part of the Potsdam family.” Mike was especially honored to be the President of the Board during this time and took great pride in the Alumni Association’s contribution of the park benches and time capsule in front of Satterlee Hall, calling it “a great achievement bringing this wonderful space to life on campus.”

Mike’s tenure as president also involved a reaffirmation of the board’s effectiveness, with participation in StrengthsQuest training, allowing members to become more aware of their strengths and how they could use them in their personal lives, work and service on the board. He also challenged the board to think about diversity, inclusion and equity, hosting the College’s chief diversity officer to facilitate a training session and formalize the board’s commitment to diversity.

Mike’s contributions to the board also involved service on numerous committees as he channeled his energy, enthusiasm and love for SUNY Potsdam into his volunteer service. He is the assistant director of campus life for SUNY Oswego.