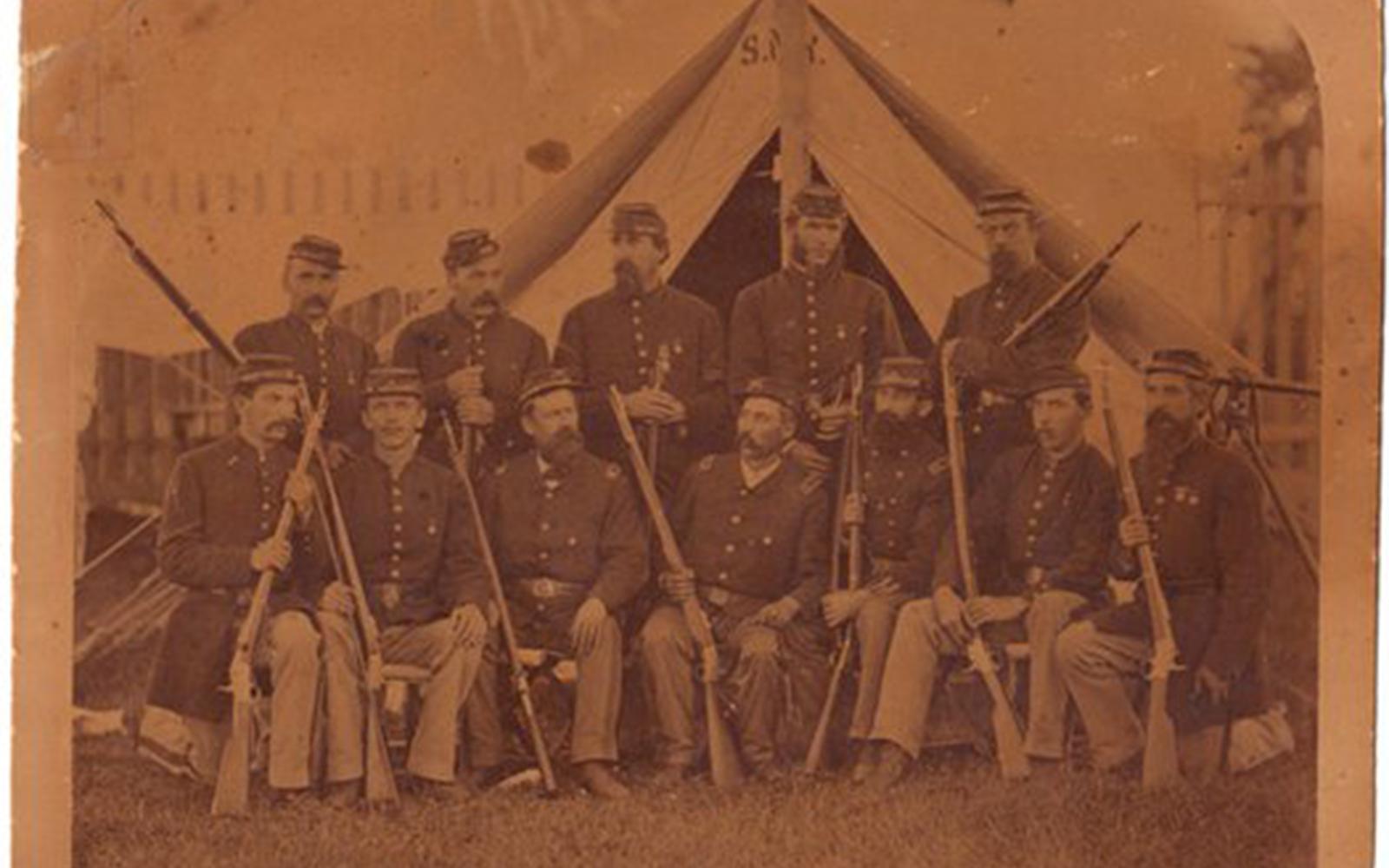 SUNY Potsdam will offer an archaeology field school focused on examining the former site of a Civil War training ground in downtown Potsdam this summer.

Professor Dr. Hadley Kruczek-Aaron will lead the field school, working in conjunction with the Potsdam Public Museum. Twelve students majoring in archaeological studies will take part in the excavation, which will take place from June 24 to July 19.

The 2019 field school will take place at the site of Camp Union in Potsdam, a Civil War training ground used by members of the locally raised 92nd Regiment. In a large area now occupied by the Meadow East Apartment Complex, other commercial businesses and private residences, the Camp Union site was once home to hundreds of soldiers who lived and trained there under Col. Jonah Sanford from 1861 to 1862. These soldiers, who came from across St. Lawrence and Franklin counties, went on to fight in 16 battles, and more than 200 men in the 92nd Regiment later lost their lives during service.

“The Camp Union project represents an exciting collaboration between SUNY Potsdam’s Department of Anthropology and the Potsdam Public Museum. Our goal is to learn more about the history of the property, explore whether deposits associated with the brief Camp Union occupation can be identified, and to share this history with the community,” Kruczek-Aaron said.

According to written sources, the training camp once included a barracks big enough to house 1,000 men, a hospital, a dining hall, a cooking room and drill fields. The goal of the field camp is to unearth the remains of these buildings (or others not previously known), using archaeological excavation and survey techniques, preserving information and artifacts for future study.

Thus far, no archaeologists have ever carried out archaeological testing at Camp Union. As a result, the work carried out as part of the field school will offer an opportunity to reveal important new insights into the experience of those whose actions helped to alter American history.

Students will be housed at Meadow East throughout the project. The complex’s new owner, Bryan Wolofsky, is planning an upcoming expansion project, so the excavation will help to preserve any artifacts from the area in advance of construction.

“We’ve known for years there could be something of significant archaeological value on this site, but never received permission to dig there. When I approached the new owner, Bryan, he told me he was a bit of history buff, and he was even excited about helping us learn more about Potsdam’s history,” Kruczek-Aaron said. “This couldn’t have happened without his support.”

The professor pointed out that since much of the former Camp Union site is now occupied with private residences, medical buildings and businesses, the open land near Meadow East may represent one of the least-disturbed, and most promising, locations for an archaeological dig. The same area was later used for military training in preparation for both World Wars.

Background information, original documents and site support from the Potsdam Public Museum will also help aid the group in their research, Kruczek-Aaron said. Any artifacts found on the site will be added to the museum’s collection.

About the Potsdam Public Museum:

The Potsdam Public Museum is a non-profit educational institution. As such, it strives to collect, preserve, study and exhibit artifacts and materials relating to the history of Potsdam, N.Y., and the surrounding area. The Museum, founded in 1940, is a department of the Village of Potsdam, with policy governed by an independent board of trustees. Its extensive collections span the history of the village and include 18th to 20th century decorative arts collected by area residents. For more information, visit www.potsdampublicmuseum.org.