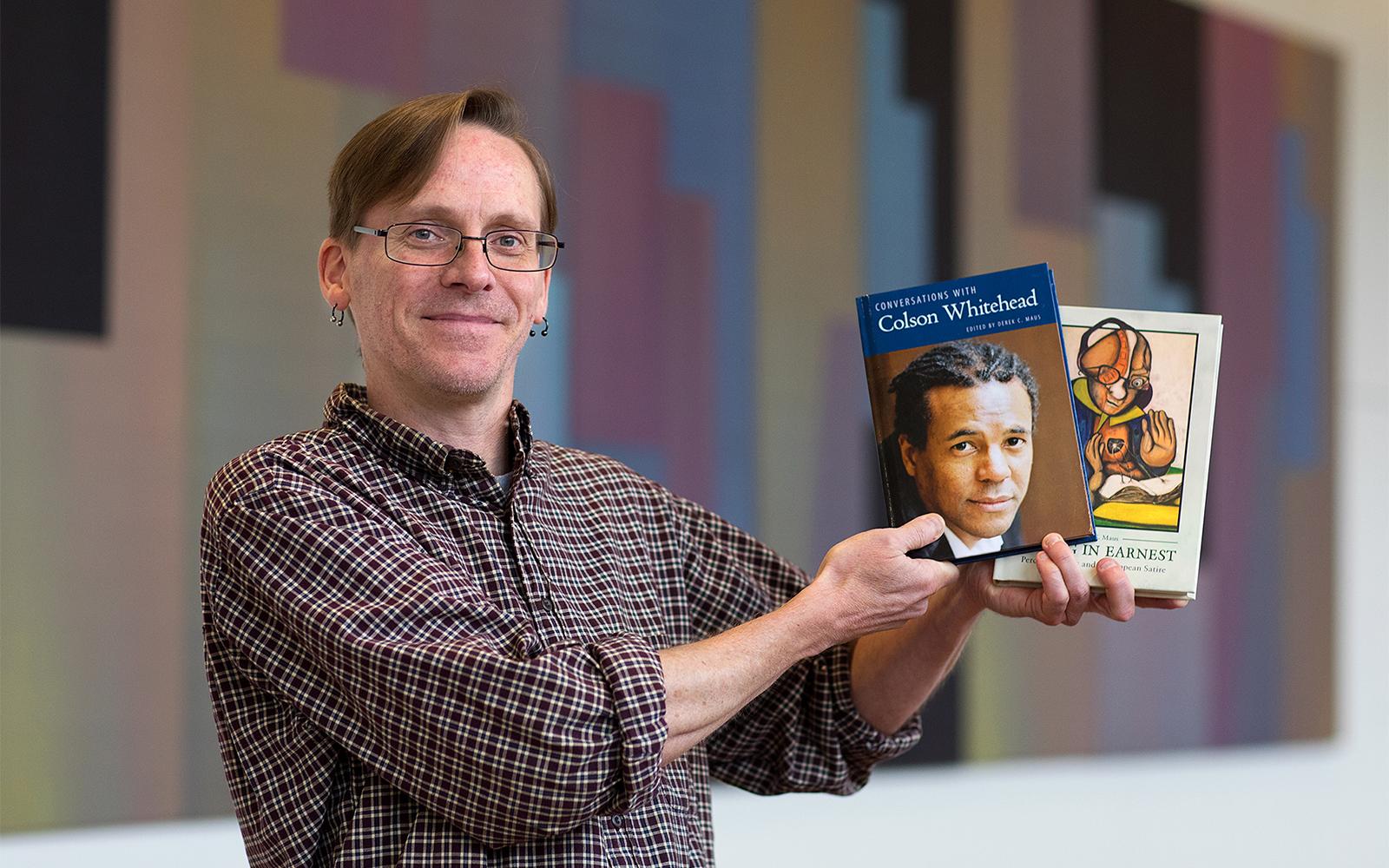 His book, “Jesting in Earnest: Percival Everett and Menippean Satire,” was released by the University of South Carolina Press on April 2. It’s the first monograph about Everett, an author who has published more than 30 books of fiction and poetry during a career that spans nearly four decades. Maus proposes that the best way to analyze Everett’s varied oeuvre is within the framework of Menippean satire, which focuses its ridicule on faulty modes of thinking, especially the kinds of willful ignorance and bad faith that are used to justify corruption, violence and bigotry. In “Jesting in Earnest,” Maus critically examines 14 of Everett’s novels and several of his shorter works through the lens of Menippean satire, concentrating on the manner in which it supports the author’s broader aim of stimulating thoughtful interpretation, unfettered by common assumptions and preconceived notions.

On April 15, the University Press of Mississippi released “Conversations with Colson Whitehead,” edited by Maus. The book is an edited collection of interviews with the award-winning author of such novels as “The Underground Railroad,” “The Intuitionist” and the forthcoming “The Nickel Boys.” Ranging from 2001 to 2016, the 23 interviews collected in “Conversations with Colson Whitehead” reveal the workings of one of America's most idiosyncratic and most successful literary minds.

Whitehead speaks at length about matters related to his craft, including his varied literary and nonliterary influences, the particular methods of researching and writing that have proved valuable to telling his stories, and the ways in which he has managed the rollercoaster life of a professional writer. He also opens up about popular culture, particularly the unconventional blend of music, genre-fiction, B movies, and comic books that he gleefully identifies as a passion that has persisted for him since his childhood.

Maus received his bachelor’s degree in history and English from the University of Arkansas, and went on to earn his master’s and Ph.D. in English from the University of North Carolina. Since joining SUNY Potsdam in 2001, Maus has taught more than 32 different courses, ranging from introductory-level composition and literature to graduate-level seminars. He has also furthered his scholarly work, with a number of publications, as well as conference presentations. Maus is the recipient of a number of honors and awards, including the Fulbright Lecturing Award, the Eakin Visiting Fellowship in Canadian Studies at McGill University and the American Council of Learned Societies Project Development Grant. He is the author of “Unvarnishing Reality: Subversive Russian and American Cold War Satire” and “Understanding Colson Whitehead,” and co-edited “Post-Soul Satire: Black Identity After Civil Rights,” along with his SUNY Potsdam colleague, Dr. James J. Donahue.