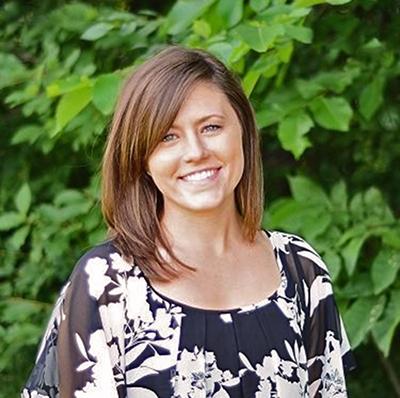 SUNY Potsdam alumna Samantha Paige ’12 recently published a study that she began as an undergraduate, funded by the College’s Kilmer Undergraduate Research Apprenticeship.

A study that Samantha Paige ’12 began as an undergraduate at SUNY Potsdam was recently published in The Diabetes Educator, a flagship journal of the American Association of Diabetes Educators.

Now a Ph.D. candidate, Paige is the lead author on the article, which was co-authored by SUNY Potsdam Associate Professor of Community Health Dr. Kelly Bonnar, along with Dr. David Black of Purdue University and Dr. Daniel Coster of Utah State University.

The article, titled “Risk Factor Knowledge, Perceived Threat, and Protective Health Behaviors: Implications for Type 2 Diabetes Control in Rural Communities,” shares the results of a survey of North Country residents that Paige completed as a SUNY Potsdam student in 2011. The study’s goal was to explore how the perceived threat of Type 2 diabetes is shaped by risk factor knowledge, and could help promote engagement in protective health behaviors.

A native of Norfolk, N.Y., Paige first began her study working with Bonnar in SUNY Potsdam’s Department of Community Health. The project was funded by the College’s Frederick B. Kilmer Undergraduate Research Apprenticeship Award.

Paige and Bonnar completed the survey of Northern New York residents to examine differences in the perceived threat of Type 2 diabetes among respondents, as well as their engagement in physical activity and health screenings, among other factors. As noted in the resulting article, the researchers found that the rural population had relatively high perceptions about the threat of the disease and knowledge about its risk factors.

In particular, they noted that the perceived threat of Type 2 diabetes was associated with increased indications of receiving blood glucose screenings. Among other practical implications, the authors recommended that health educators and researchers design and test using targeted “fear” appeal messages emphasizing the negative effects of Type 2 diabetes to promote the importance of blood glucose and cholesterol screenings.

Following her Kilmer Undergraduate Research Apprenticeship, Paige completed an internship with the U.S. Department of Health and Human Services’ Office on Women’s Health. Following graduation, she went on to complete her Master of Public Health degree at Purdue University, and is currently completing her Ph.D. as a predoctoral fellow in the Department of Health Education and Behavior at the University of Florida, where she is also a graduate school fellow in the College of Health and Human Performance. Paige is also the recipient of a F31 Ruth L. Kirschstein National Research Service Award Fellowship from the National Heart, Lung and Blood Institute, to support her dissertation research.

In addition to diabetes, Paige’s research interests focus on using translational health communication methods to study how emerging technologies can be leveraged to promote eHealth literacy and alleviate health disparities in patients with tobacco-associated lung diseases. Her research has been funded by the National Institutes of Health, the University of Florida’s STEM Translational Communications Center, UF’s Clinical and Translational Sciences Institute and the Society for Public Health Education.

Paige has published nearly 20 articles in academic peer reviewed journals, including Health Promotion Practice and the Journal of Health Communication, Patient Education and Counseling. She is also an active member of the Society for Public Health Education, the American Public Health Association and the International Communication Association.

SUNY Potsdam’s Kilmer Fund was established by an anonymous donor to honor Dr. Frederick Barnett Kilmer, a physician and analytical chemist who was the director of scientific affairs for Johnson & Johnson from 1889 to 1934. As a result of this generosity, SUNY Potsdam’s Office of Student Research and Creativity is able to offer a variety of Kilmer grants for undergraduate researchers and creative artists, including the Kilmer Undergraduate Research Apprenticeship and the Kilmer Summer Research Fellowship. These grants are meant to encourage and support independent student/faculty collaborative, research and creative projects across the campus in all academic fields of study. To find out more about applied learning at SUNY Potsdam, visit https://www.potsdam.edu/academics/appliedlearning.

One of the overall goals of the community health field is to be proactive, creating a sense of overall wellbeing within communities, by providing programs that focus on illness and injury prevention. In addition to its newest major in exercise science, the SUNY Potsdam Department of Community Health also offers both a Master of Science and a Bachelor of Science degree in community health, as well as minors in community health, fitness, nutrition, sexual health, therapeutic recreation and wilderness education. To learn more, visit www.potsdam.edu/academics/SOEPS/CommunityHealth.