School of Arts and Sciences Dean Dr. Steven Marqusee (Hon. ’19) to be Recognized with College’s Highest Honor During Commencement 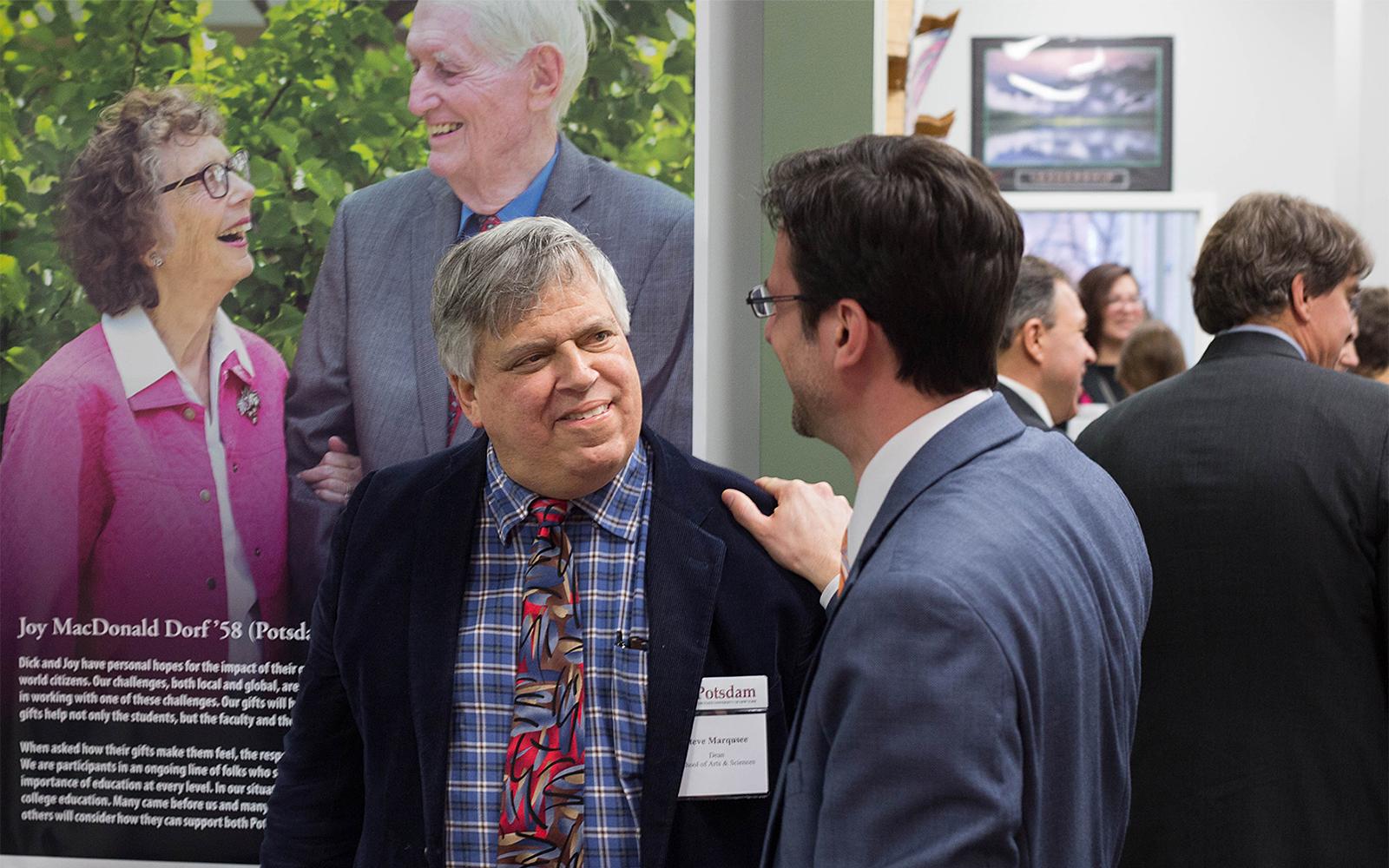 SUNY Potsdam has named School of Arts and Sciences Dean Dr. Steven Marqusee (Hon. ’19) as the recipient of its 2019 Roger B. Linden Distinguished Service Award, the highest award bestowed by the College.

The annual recognition is bestowed upon an individual who has demonstrated steadfast support for SUNY Potsdam and the region through their leadership, advocacy, stewardship and service.

Marqusee will be recognized during the College’s Commencement Ceremony, to be held on Saturday, May 18 at 10:15 a.m., in the Academic Quad. Nearly 800 bachelor’s and master’s graduates are set to cross the stage in this year’s ceremony.

After joining Potsdam, he spent the next 28 years making a difference in the classroom, preparing students for lives and careers after graduation. A snapshot of Marqusee’s career highlights includes not only those 28 years as a faculty member, but also 18 years as anthropology department chair, and service in various other roles, including assistant to the president, director of the Gibson Gallery, interim chair of modern languages, chair of geology and associate dean. During that time, Marqusee also led 10 study abroad trips to Mexico, Peru and Ecuador, and oversaw 17 archaeological field schools in New York State, Guatemala and Virginia.

For the past 10 years, he has served as the dean of The School of Arts and Sciences. After an extraordinary 43-year career at SUNY Potsdam, Marqusee will retire in May 2019, leaving behind an unparalleled legacy that has forever changed our institution. He was instrumental in envisioning both a campuswide arts festival and a center that brings together all areas of applied learning, and has been essential to the cultivation of key relationships with donors, helping them to see what others could not. His creativity, vision and personable approach has helped to secure more than $10 million of philanthropic gifts to SUNY Potsdam, most notably to support the LoKo Arts Festival, the Dorf Endowed Director for Applied Learning, the Lougheed Center for Applied Learning and the Lougheed Learning Commons. In recognition of this remarkable legacy, the SUNY Potsdam Alumni Association honored Marqusee with Honorary Lifetime Membership earlier this year.

For more information about Commencement at SUNY Potsdam, visit www.potsdam.edu/commencement.