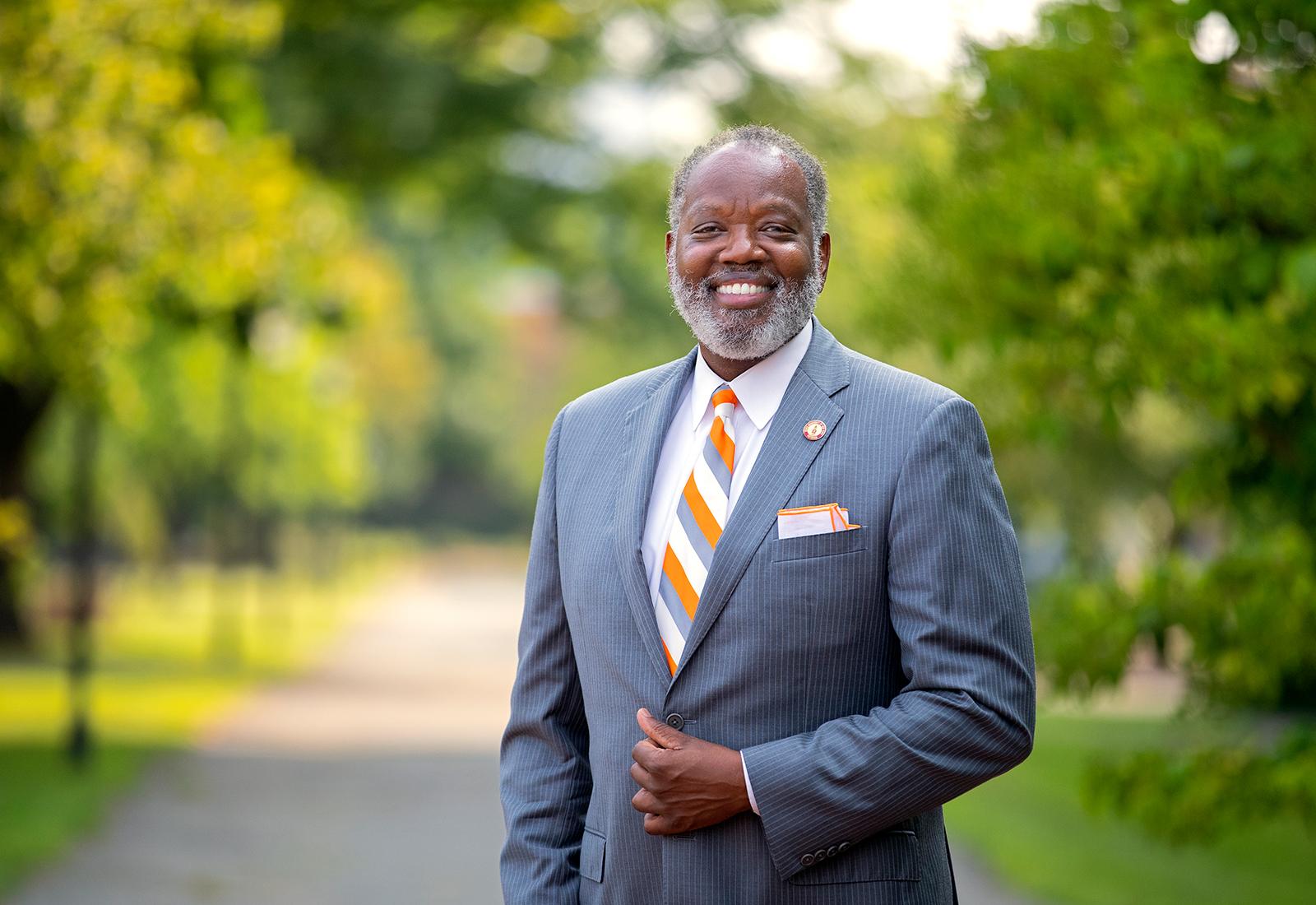 Honorary Lifetime Membership is presented to non-alumni who have made exceptional contributions to the SUNY Potsdam Alumni Association and/or the College.

Dr. John Leon Graham joined the SUNY Potsdam family at the beginning of the Fall 2021 semester as the College’s interim campus leader. He brought with him fresh perspectives, friendly positivity and innovative ideas to move the campus forward. In the words of SUNY Potsdam College Council Chair June O’Neill (Hon. ’99), Dr. Graham “had a singular vision for SUNY Potsdam and a deep conviction that we could get there—no matter the obstacles—by working together.”

In November 2021, Dr. Graham passed away unexpectedly, and the resonant grief of the campus community demonstrated his profound impact on SUNY Potsdam’s students, faculty, alumni and friends after only a few months. In his memory, the SUNY Chancellor declared a week of mourning for the SUNY Potsdam campus, marked with a series of events and commemorations, flags flown at half-staff and the President’s House draped in black.

While Dr. Graham’s official title during his tenure was officer-in-charge, the SUNY Board of Trustees posthumously appointed him president, a role he had always dreamed of adopting on a college campus. He was the seventeenth SUNY Potsdam president and the first Black leader in the College’s 206-year history.

Dr. Graham came to Potsdam from SUNY System Administration, where he served as a student advocate and senior advisor to the Chancellor, providing system-wide leadership in furthering SUNY’s academic priorities and campus efforts to improve access, retention and success for all students. Previously, he had held faculty appointments and senior administrative positions at public universities in both urban and suburban environments—in each role demonstrating a strong commitment to and focus on student development.

Dr. Graham earned his doctorate from Michigan State University and post-graduate certificates in leadership from multiple academies and universities. He lived abroad for five years and completed his master’s and doctoral research overseas.