SUNY Potsdam Recognized for Being Military-Friendly

SUNY Potsdam Honored for its Service to Military Students and Families in G.I. Jobs Ranking 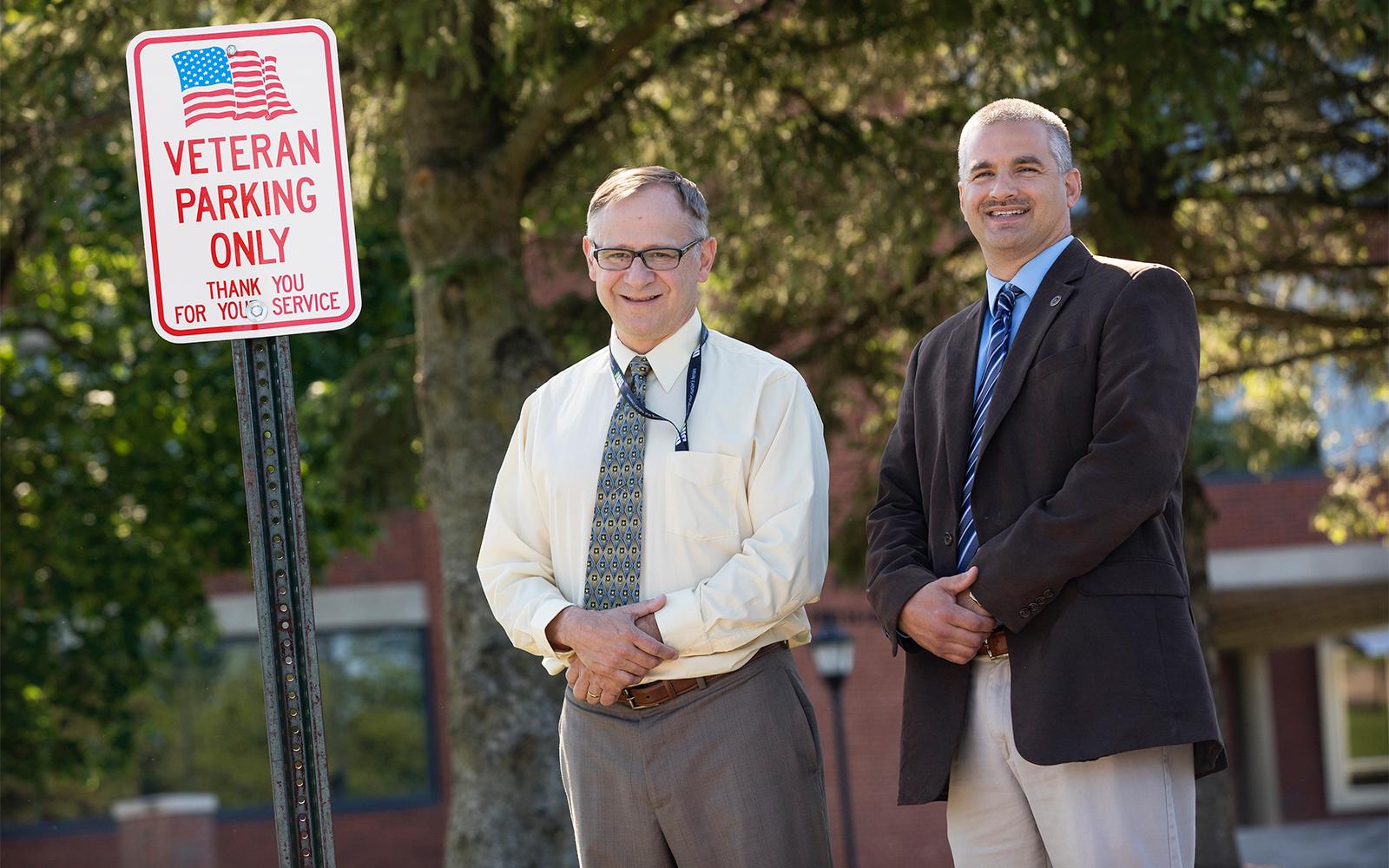 The State University of New York at Potsdam has been honored as a military-friendly institution once again this year.

SUNY Potsdam was selected as a 2019 Military-Friendly School by Victoria Media, which publishes G.I. Jobs magazine. The list from G.I. Jobs honors the top colleges, universities and trade schools in the country that are doing the most to embrace military students and to dedicate resources to ensure their success in the classroom after graduation.

There are more than 100 active-duty, National Guard and Reserve service members, veterans and their family members currently enrolled as undergraduate and graduate students at SUNY Potsdam, either on the Potsdam main campus or in the College’s programs offered at Jefferson Community College in Watertown, N.Y., in close proximity to Fort Drum.

Lt. Col. (Ret.) Jeffrey Gerrish is SUNY Potsdam’s coordinator for military, veteran and adult learners. He joined the College after a 29-year career with the U.S. Army and Army National Guard. Gerrish served with the Army as an infantry officer, then a military intelligence officer, and later a Department of the Army civilian. His distinguished awards include two Bronze Star Medals for heroic or meritorious acts in combat, and he is honored with the Meritorious Service Medal for exceptional service displayed while serving in positions of increasing responsibility during his long and distinguished career.

“Being part of the Student Success Center team, the best part of my position is helping veteran students and family members connect with the great resources and opportunities here at SUNY Potsdam, and their earned service benefits,” Gerrish said.

Gerrish’s wide array of assignments throughout his career included experience as a rifle platoon leader for the 1st Battalion, 87th Infantry Regiment, 10th Mountain Division, assigned to Fort Drum, N.Y.; service with the 500th Military Intelligence Brigade as the counterintelligence detachment commander in Japan for the Pacific Command, as well as later commanding a basic training and firing battery in Fort Sill, Okla. He later separated from the Army to pursue a career as a high school guidance counselor and as an assistant principal, while he served with the New York Army National Guard. In the National Guard, he was a brigade intelligence officer and was called to service immediately after the 9-11 attacks, serving at the World Trade Center disaster site, where he received New York’s WTC First Responder Award. He was recalled to active duty and deployed with Task Force Liberty to Tikrit, Iraq. Later, he would deploy again with the 10th Mountain Division to Kandahar, Afghanistan, as the deputy chief of plans. In his capstone assignment, Gerrish served as the senior Army advisor to the adjutant generals of both Maine and Vermont.

Given his background in both education and military service, Gerrish is uniquely positioned to assist fellow veterans, service members and their dependents in pursuing their higher education goals. He oversees the College’s Office of Veteran Support Services, which assists students and families with reviewing benefit options, awarding possible credit for military training and experience, and advising and social support. SUNY Potsdam also offers waivers for parking fees, recreational facilities fees and application fees for veterans, and even has dedicated parking spots reserved for veterans as well.