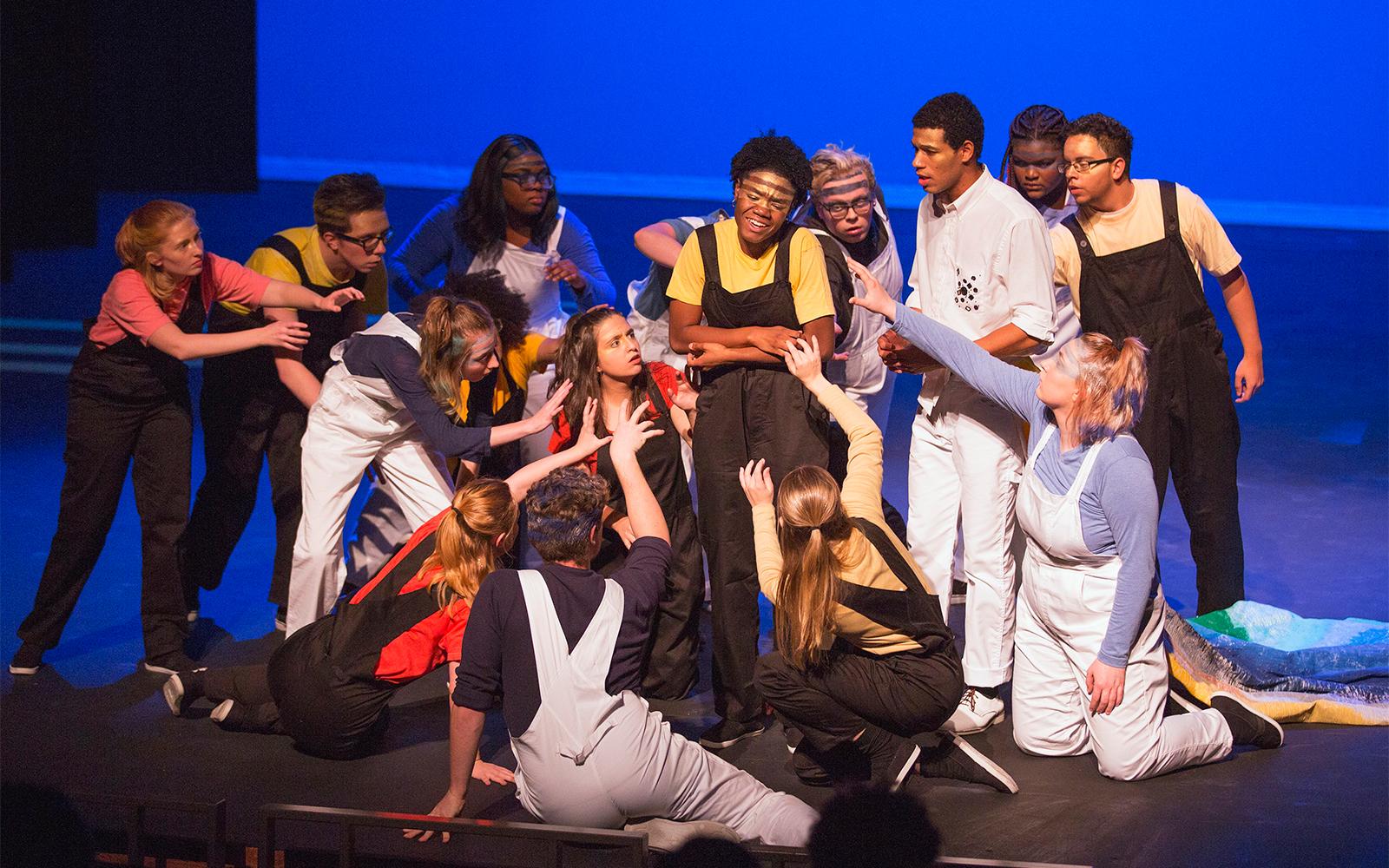 Students and faculty from SUNY Potsdam’s Department of Theatre and Dance traveled to Cape Cod, Mass., in late January to participate in the Kennedy Center American College Theater Regional Festival. At the conference, students earned nominations and recognition for two of the department’s mainstage productions from the past year.

Fifteen students attended the festival, along with faculty members Todd Canedy and Rivka Rocchio. The regional theater festival featured intense immersion in workshops, sessions and other activities, covering everything from building your own theatre company to vocal coaching and firearms safety on stage. The Jan. 27 to Feb. 1 event brought together students, performers, educators and professionals from Connecticut, Maine, Massachusetts, New Hampshire, Northeastern New York, Rhode Island and Vermont.

In addition to taking in the events at the regional Kennedy Center Festival event, six SUNY Potsdam students were nominated for the prestigious Irene Ryan Acting Scholarship, in recognition of their acting work in SUNY Potsdam performances of the plays “Love and Information” and “Wiley and the Hairy Man.”

Rocchio directed the Fall 2019 production of Caryl Churchill’s “Love and Information,” which explored the themes of love and connection in the information age, and was staged throughout the College’s Performing Arts Center. Associate Professor Dr. Jay Pecora directed the Spring 2019 production of Suzan Zeder’s children’s theatre piece, “Wiley and the Hairy Man,” which focuses on a young hero who sets out to face the figure of his nightmares.

Brandi Dupere was chosen to present about her costume designs for “Love and Information” during the design/tech/management student showcase, and ultimately took home the 2020 award for Excellence in Costume Design at the festival. 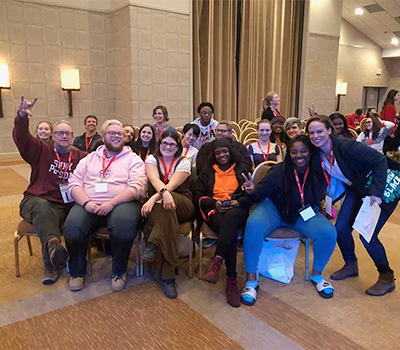 SUNY Potsdam’s Department of Theatre and Dance cultivates an innovative, experiential and multidisciplinary education within an inclusive community that prepares students for leadership and service in the arts as global citizens. For more information, visit www.potsdam.edu/theatre.