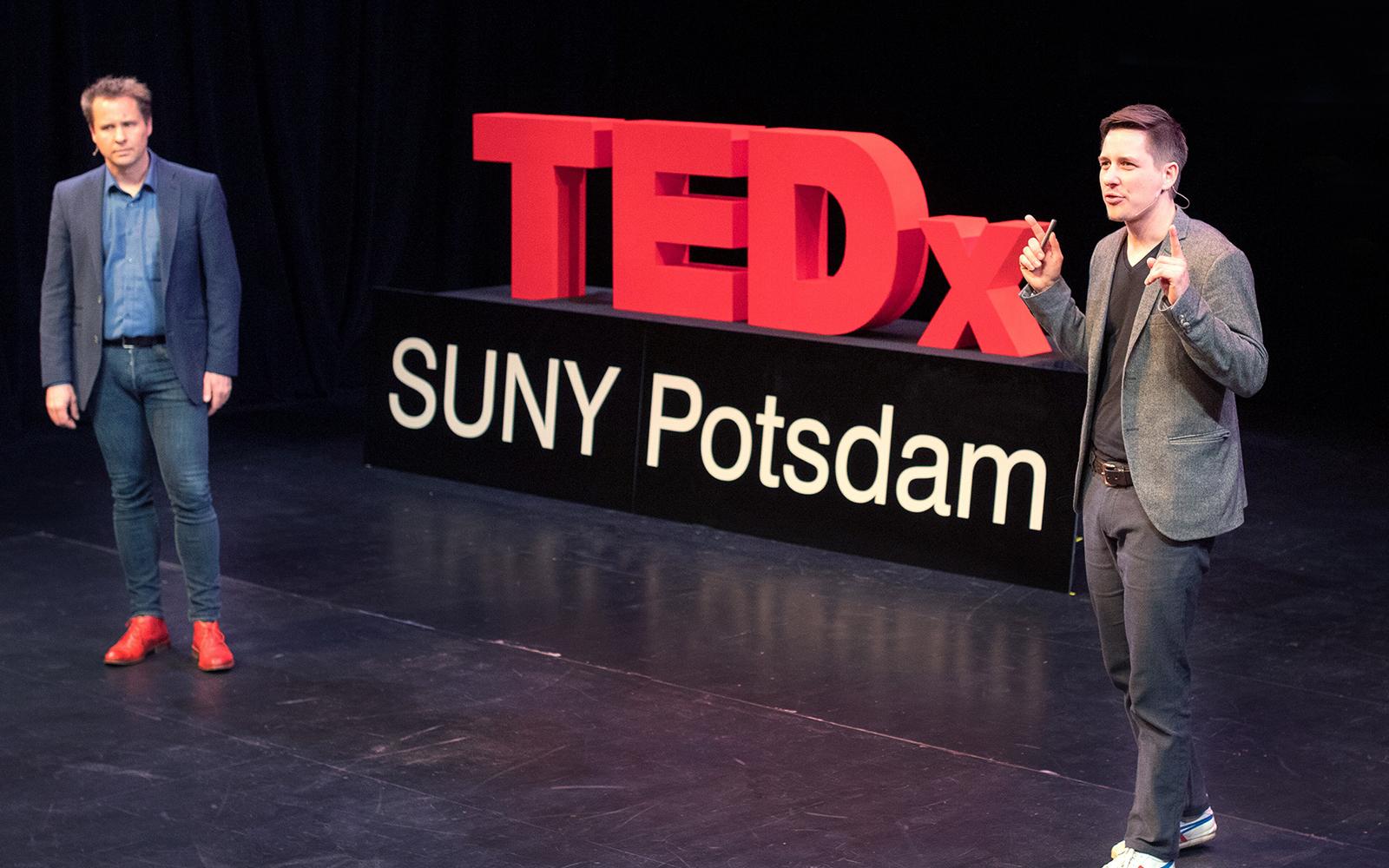 SUNY Potsdam is proud to announce that videos of engaging talks led by faculty, students and guest speakers from the College’s first-ever TEDxSUNYPotsdam event have now posted online.

TEDxSUNYPotsdam focused on “The Future of Creativity,” and was hosted on April 6 at the College’s Performing Arts Center. An independently-organized TED event, the daylong gathering gave participants the opportunity to consider the future of creativity in its widest sense, a transformative forum for intellectually stimulating discourse, exchange of ideas and innovative creative practices across disciplines.

The day featured professional, student and faculty-led research, but what united the talks was the pursuit of excellence and the spirit of intellectual generosity, of sharing “ideas worth spreading,” following the TED theme.

Everyone can appreciate the stimulating conversations that were sparked that day, by checking out some of the videos that have posted on the official TEDx Talks YouTube channel and social media feeds, including:

TEDxSUNYPotsdam was organized and produced by two faculty members, Marc Ernesti (executive director of the Crane Institute for Music Business and Entrepreneurship) and Joshua Vink (arts management program coordinator). They led a team of students who worked on technical production, marketing, fundraising and event management, gaining valuable skills along the way, to help make the TEDx event a success.

“I was involved in a TEDx at Aldeburgh, in England, with a team of 50+ professionals behind it. What we have seen here in Potsdam, delivered by a cohort of our current students, was nothing short of impressive: a testimony to the next generation of professionals in arts management and music business,” said Ernesti.

Thanks to the success of the inaugural College’s TEDx, the organizers are already beginning to plan SUNY Potsdam’s next TEDx event. For more information, visit www.tedxsunypotsdam.com.

TEDxSUNYPotsdam was made possible by a Lougheed Applied Learning Grant, thanks to the generosity of Donald and Kathryn Lougheed ’53.