Sudden invading armies that freeze time in their wake, earthquakes that seal layers of history and flames that throw the past into stark relief — these are Millek’s forte, as he works to pioneer a systematic study of the destructive events of antiquity. A SUNY Potsdam alum with a double major in archaeological studies and art history and a suite of graduate degrees, honors and fellowships, Millek is a visiting scholar with the Department of Middle East Studies at the University of Michigan.

His work takes him to sites and on quests that would spark envy in anyone who has watched “Indiana Jones.” His research immerses him in the collapse of Late Bronze Age kingdoms in the Eastern Mediterranean, as well as the archaeology of Israel and Jordan. This summer, he will be consulting on a dig of a destruction event in Greece.

“Destruction events are fun, as most Near Eastern or classical archaeologists consider them almost like time capsules,” he said. “Normally, when a site is inhabited for long periods of time, people tend to clean up after themselves; what is left behind for us to find is limited. However, if a house catches fire because of a kitchen accident, or a palace is burned by an invading army, or an earthquake flattens a building, all of the items in those buildings are left in place exactly where they would have been during day-to-day living.” 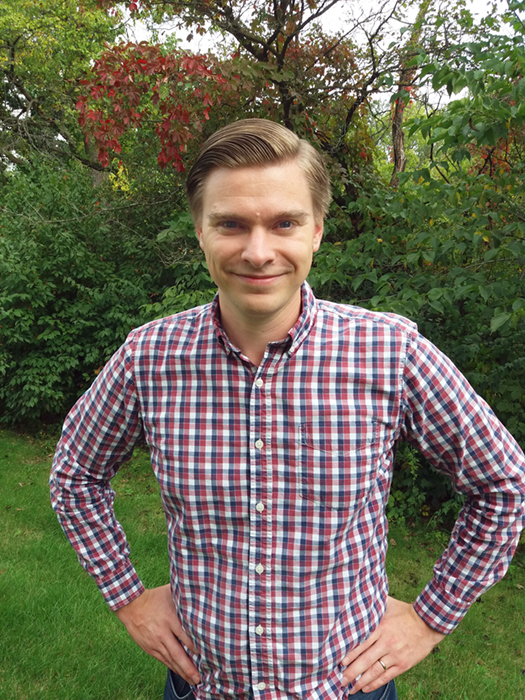 As he excavates a name for himself exploring the moments when disasters stop time, Millek believes it is key to resist the seduction of drawing the easy conclusion. Study of the processes of destruction have been limited, and archaeologists tend to make sweeping assumptions about what constitutes destruction and what causes it, based on findings like ash and evidence of warfare, Millek said.

He doesn’t think the matter should be that general. Instead, he wants to make the study of destruction a categorical one.

“At the moment every archaeologist just comes up with their own idea of what constitutes a destruction and what might have caused it,” Millek said. “For some people, some ash near an oven might be considered a destruction, or others will simply assume that all destruction is caused by warfare without considering any other possible causes, or some people might find evidence of burning in one building and then go on to say that the entire city was burned. My work then is to try and create a method of analysis to try and determine systematically how much of every site was actually destroyed.”

As dirt and documents give up their truths, Millek seeks to create ground rules for determining if a site was destroyed by warfare, arson, earthquakes, faulty construction or other causes. His goal is to become known as archaeology’s “Destruction Guy.”

“You can find archaeologists who specialize in certain forms of pottery, or art or building types, and so on, but there is no one who is specialized in examining destruction,” he said. “That's the niche I am trying to create.”

Millek has published numerous scholarly articles on the archaeology of destruction, and the SUNY Potsdam Alumni Association recognized his achievements with the Rising Star Award in 2019. A Presidential Scholar while at Potsdam, Millek received a healthy list of honors, scholarships and awards. After finishing his undergraduate degree in the North Country, Millek earned his Master of Arts degree in Near Eastern archaeology, with a minor in Egyptology, at Leiden University in the Netherlands. He then worked as a researcher while completing his Ph.D. in Near Eastern archaeology at Eberhard Karls University in Tübingen, Germany. In 2014, Millek was awarded the Sean W. Dever Memorial Prize, and other honors included a German Research Foundation fellowship.

Millek’s passion for archaeology goes back to high school, and his time as an undergraduate at Potsdam was foundational to his graduate school work and later his research.

“Most of the time you get a Bachelor of Arts in anthropology and then go on to do archaeology later in grad school, but I wanted to start from the beginning with archaeology,” he said. “So, Potsdam's program was the right fit for what I had wanted to do, which was to get a strong fundamental base in archaeology. It was also the most economical choice for me since most other schools which had a BA in archaeology were around $40,000 a year and that was 12 years ago.”

Millek credits numerous Potsdam faculty with putting him on the road to success.

“Deborah Lewis from the English department truly helped me settle in during my first semester,” he said. “John Youngblood from English and Communication taught me how to give an impressive speech, a skill I have used countless times since. Caroline Downing, Mary Jo McNamara and Teresa Watts from the Department of Art encouraged me to push myself as I went through my degree in art history. There were also the members of the anthropology department. Hadley Kruczek-Aaron, Nasser Malit, John Omohundro and Steven Marqusee (Hon. '19) all spent a tremendous amount of time talking with me and guiding me in my way through learning about archaeology and anthropology.”

At Potsdam, Millek was encouraged to give his lens into the past a wide and critical view. His first class with Benjamin Pykles gifted him with one of the most important moments in his education.

“He handed around an empty glass bottle from the 19th century and when it got to me, he asked me what it was,” Millek recalled. “On the bottle it had the word mentholatum, and so I replied it was a bottle of mentholatum, and he asked me, ‘How do you know that?’” Pykles pointed out that the bottle may have held mentholatum, but that such bottles were recycled and could have stored any number of different liquids.

“While it might have been a simple thing, it brought home to me how much of archaeology is just an assumption or an interpretation, and that is what I take into my work every day,” Millek said. “Nothing in archaeology is certain and everything can be interpreted.”